A visit to the Royal Opera House, of course, is always something special, but I has seen this opera many times and this particular production twice before and this time, with Covid restrictions in place, I was not expecting anything special. I could hardly have been more wrong. The young cast were sensationally good, the modifications made necessary by the pandemic were intelligently and sensitively done and the reduction in orchestra size necessitated by social distancing rules increased the intensity of the performance, especially in the last, emotionally-charged act. 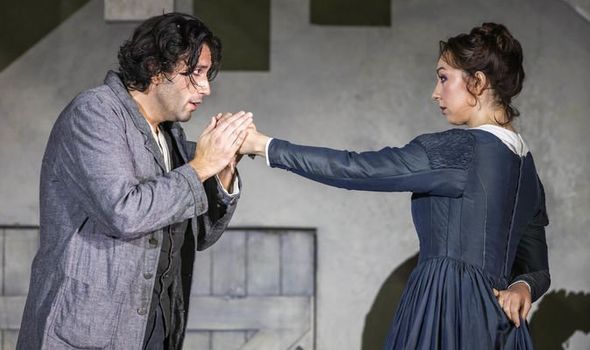 The story is the standard boy-meets-girl, girl dies, opera plot, but apart from the principal parts of Mimi (gloriously sung and acted by Russian soprano Anna Princeva) and Rodolfo (powerfully sung by American tenor Joshua Guerrero), the drama of the tragic love story is cleverly contrasted by the carefree life of Rodolfo’s fellow artists, Marcello (Boris Pinkhasovich), Schaunard (Cody Quattlebaum) and Colline (Gianluca Buratto) and most of all by Marcello’s outrageous girlfriend Musetta (played with glorious abandon by the wonderful Danielle de Niese).

All three of Rodolfo flatmates bring their own impressive individuality to the roles, while Musetta’s feat of removing her knickers and waving them around while singing and dancing on the tables at Cafe Momus has to be seen to be believed. If there were an operatic Oscar for best supporting actress, de Niese’s performance would win it hands (and knickers) down.

Special praise must also be given to the Adaptation Director Dan Dooner, whose necessary changes to Richard Jones’ production included modifying a massive crowd scene in the second act to a much smaller affair, which he managed highly thoughtfully and effectively. Renato Balsadonna also gave an impressive performance in conducting the reduced orchestra.

He brought out the best in Puccini’s glorious music, as we might have expected after his faultless 12-year-long stint in charge as Chorus Director at the Royal Opera. 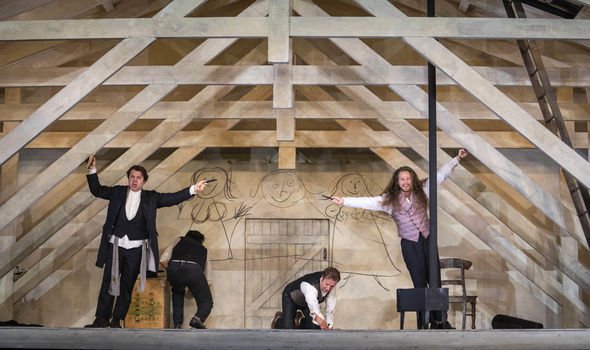 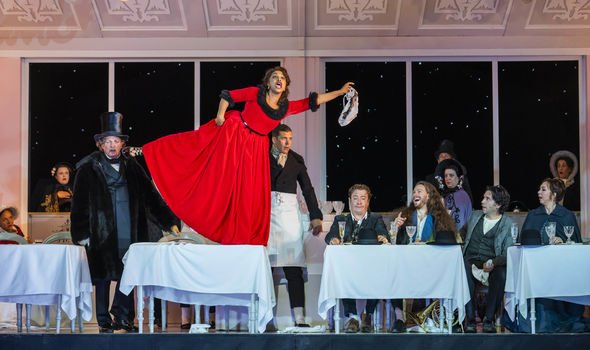 Finally, I must mention one aria from the opera which until now has almost always left me dissatisfied. In the last tear-jerking act when Mimi is dying, Colline sings a plaintive farewell to his overcoat, which he is about to sell to buy her medicine.

This is often treated as an almost eccentric throwaway item, or even a touch of humour, but this time the Italian bass Gianluca Buratto does it properly, summing up the grief and intensity of what is happening to all of them.

The overcoat is a symbol of everything in their past lives which is coming to an end with the death of Mimi. It is not just Mimi: it is everything. Buratto sings this aria with total commitment and for once it made perfect dramatic sense.

It rounded off a superb evening’s entertainment, made even more impressive by the difficulties imposed by the pandemic.

Tickets: roh.org.uk (various dates until 6 July). Note that the ROH is performing this opera with two distinct alternating casts.