The Millers welcomed their South Yorkshire rivals to the AESSEAL New York Stadium on Tuesday. 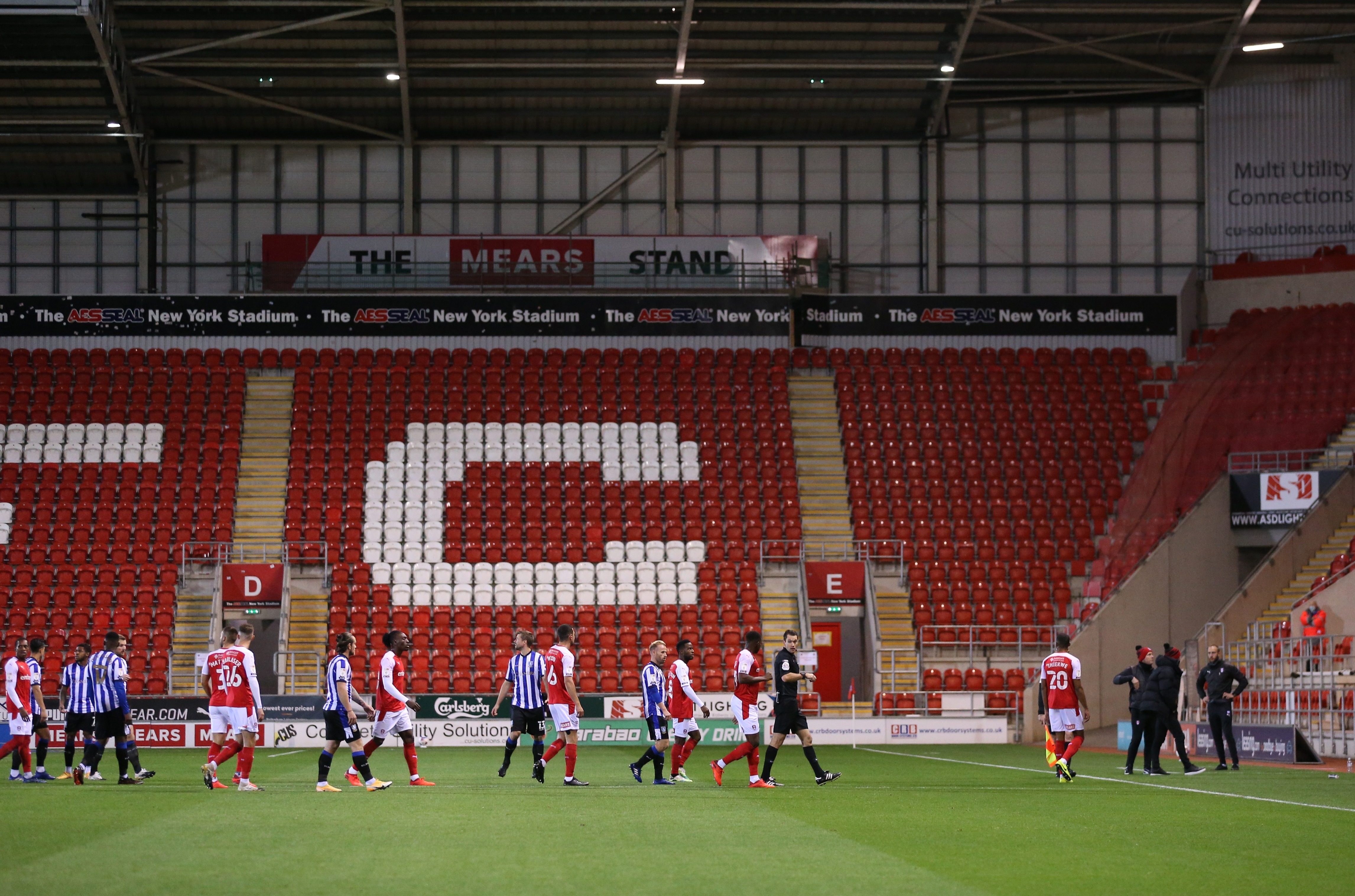 The action got underway as planned at 7.45pm, but the action did not last long.

Just five minutes into the game, the referee blew his whistle and instructed both sets of players and his assistants to leave the field.

Rotherham quickly used their Twitter account to inform viewers and fans following the game of what was going on.

They wrote: “The players have been brought off the pitch due to safety concerns.

“We'll update you on the situation when we know more.

“We understand there is an unauthorised drone in the air space over the AESSEAL New York Stadium.”

The Owls followed suit, first tweeting: “It seems there is an issue in the game… Play has been suspended and both teams have retreated to their dugouts.

“We're hearing reports that there is a drone over the stadium and, as a safety concern, the players have gone back to the changing rooms.”

Thankfully, after only a short delay and following the all-clear from safety officials and police, the game was restarted.

Wednesday tweeted: “The players are back out on the pitch, all very strange! Both going through some mini warm-ups.

“The game will resume in a few moments at 4:15 – the time when play was suspended.”

And it did not take long for the contest to explode into life.

Garry Monks' visitors were all over the place at the back as Rotherham’s Jamie Lindsay sent a looping header over goalkeeper Cameron Dawson's head to break the deadlock less than two minutes after play restarted.

The Owls suffered another blow shortly afterwards when defender Aden Flint was forced off through injury.