BRAZILIAN football legend Ronaldinho has been branded “stupid” by his lawyer after being banged up for using a fake passport.

Adolfo Marin insisted the former Barcelona and AC Milan star had no idea he was doing anything wrong by trying to enter Paraguay with an adulterated passport. 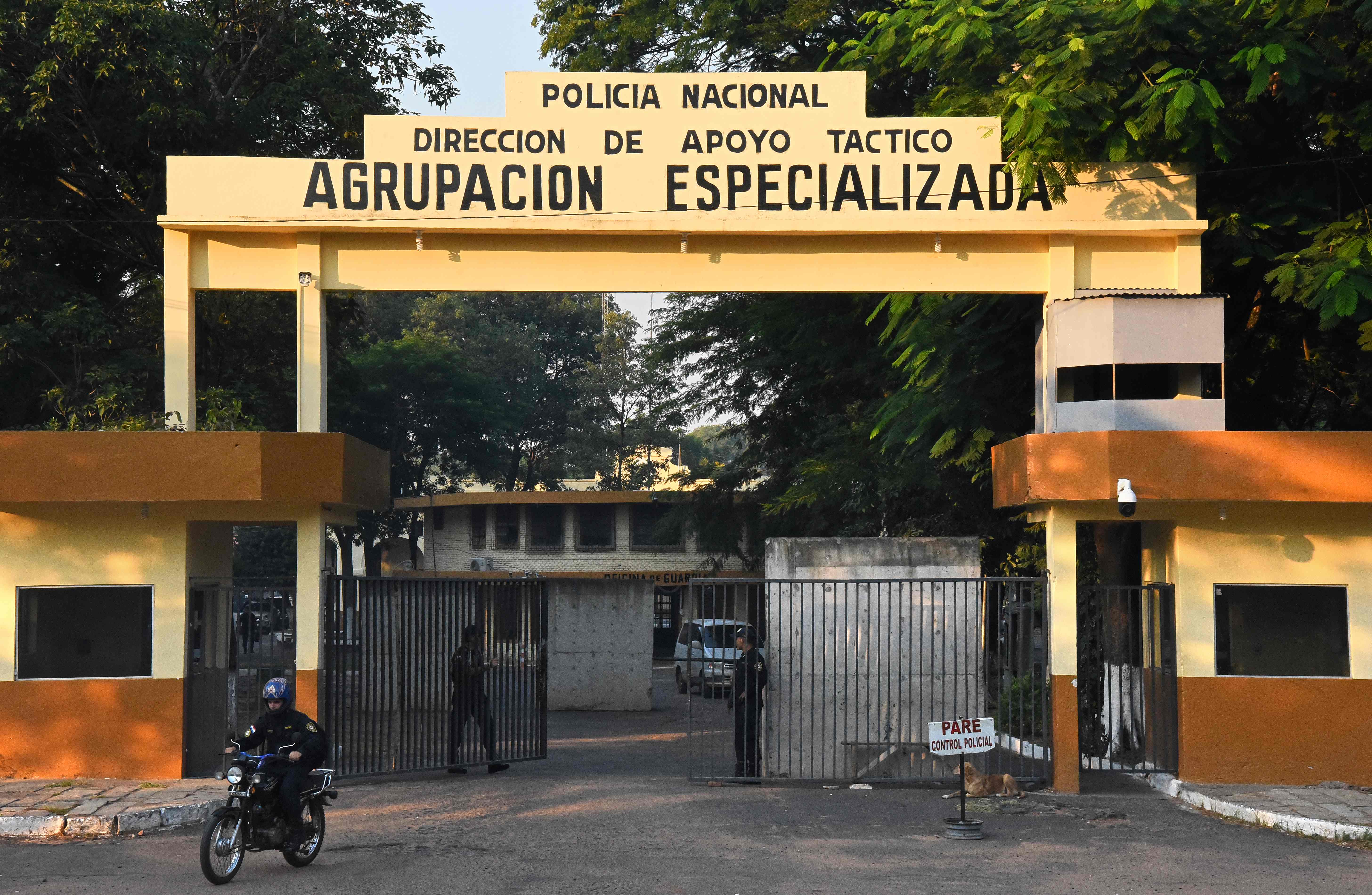 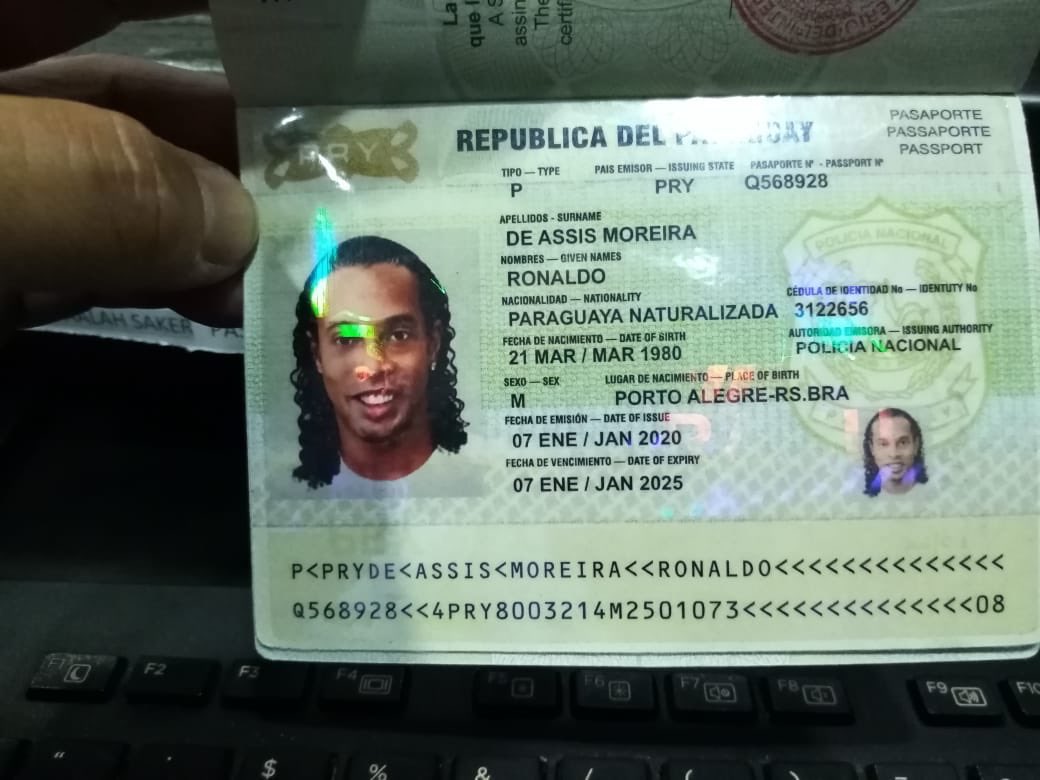 In an interview with Brazilian newspaper Folha de Sao Paulo he said: “The courts have not taken into account the fact that Ronaldinho didn’t know he was committing a crime, because he didn’t understand he had been given false documents. He is stupid.”

His bizarre comment came as Samba star’s legal team finalised an appeal against a judge’s decision to remand him in prison on Saturday while an investigation into his use of the adulterated passport continues.

The 39-year-old and his brother Roberto were hauled to court after being arrested at the Sheraton Hotel in Asuncion on Friday.

They have been warned they face up to six months behind bars while the criminal probe continues.

Their arrests followed a U-turn by prosecutors who initially indicated they were happy for the Brazilian pair to escape trial and receive a fine.

An expert in financial crimes has now been drafted into the remodelled prosecution team leading the investigation after its scope was widened to look at possible money laundering.

Another lawyer forming part of Ronaldinho’s defence team has branded the decision to remand the former footballer “illegal and abusive” and said he has got Brazilian diplomats involved.

Sergio Queiroz has sparked speculation Brazilian president Jair Bolsonaro may end up trying to put pressure on his Paraguayan counterpart to free Ronaldinho, who was named as one of his homeland’s new tourism ambassadors last September.

The appointment was made despite a court ruling preventing Ronaldinho from leaving Brazil, although last week it emerged his passport had been returned to him after it was seized following his failure to pay a fine linked to the construction of an illegal fishing platform on a lake in a conservation area.

The passport scandal now threatens to further derail his turbulent life off the pitch since his retirement in 2018 following a glittering career in which he won two Fifa World Player of the Year Awards as well as a Ballon d’Or.

Police were called to his luxury hotel last Wednesday after a tip-off he had entered the country hours earlier to attend a charity launch and present his new book with a Paraguayan passport which stated he was a naturalised citizen.

Prosecutors said the passport was requested by a woman before its contents were doctored to include Ronaldinho’s photo and full name – Ronaldo de Assis Moreira. His brother had a similar passport.

The U-turn by Paraguayan authorities following the initial admission they were not seeking to prosecute him, has led to him spending the last three nights in a police cell.

FOOTY TRICKSTER CLAIMS HE WAS TRICKED

The former footballer and his brother are claiming they were tricked. Mr Marin has said Ronaldinho had been given his Paraguayan passport as a “gift”, assumed it was an “honorary-type” document of no real value, and gave it to an official without thinking when he reached Paraguay because it was the “first thing he got out of his bag”.

Three other people are in custody, including the Brazilian businessman alleged to have handed over the passports and two women believed to be the rightful owners of the travel documents.

Dalia Lopez, who runs the children’s charity Ronaldinho had been invited to Paraguay to help promote, is reported to be planning to hand herself in shortly after a warrant was issued for her arrest.

Ronaldinho’s life has been under the microscope for all the wrong reasons since hanging up his boots, including when he was forced to deny bigamy claims two years ago.

He had his Brazilian passport confiscated after he was convicted alongside his brother of building an illegal fishing platform on a lake in a conservation area, but Paraguayan prosecutors confirmed earlier this week they had discovered it had been returned to him and he used it to leave Brazil on a flight from Sao Paulo.

The revelation has left a huge question mark over why he did not use the same passport when he entered Paraguay, with his lawyer’s comments about it being the “first thing” he laid his hands on being greeted with a mixture of derision and disbelief.

Last year it was reported Ronaldinho only had five quid in his bank account.

Police raided a Ronaldinho family home to seize assets in a bid to guarantee he paid fines due over the illegal fishing platform. Officers were said last November to have seized three luxury cars and a piece of art from painter Andre Berardo.

Ronaldinho’s brother was sentenced to five years in jail in 2012 in Brazil for money laundering and other financial crimes.

Reports at the time said Roberto de Assis had been accused of lying to Brazilian tax authorities to justify the entry into his homeland of money held in secret accounts in Switzerland. 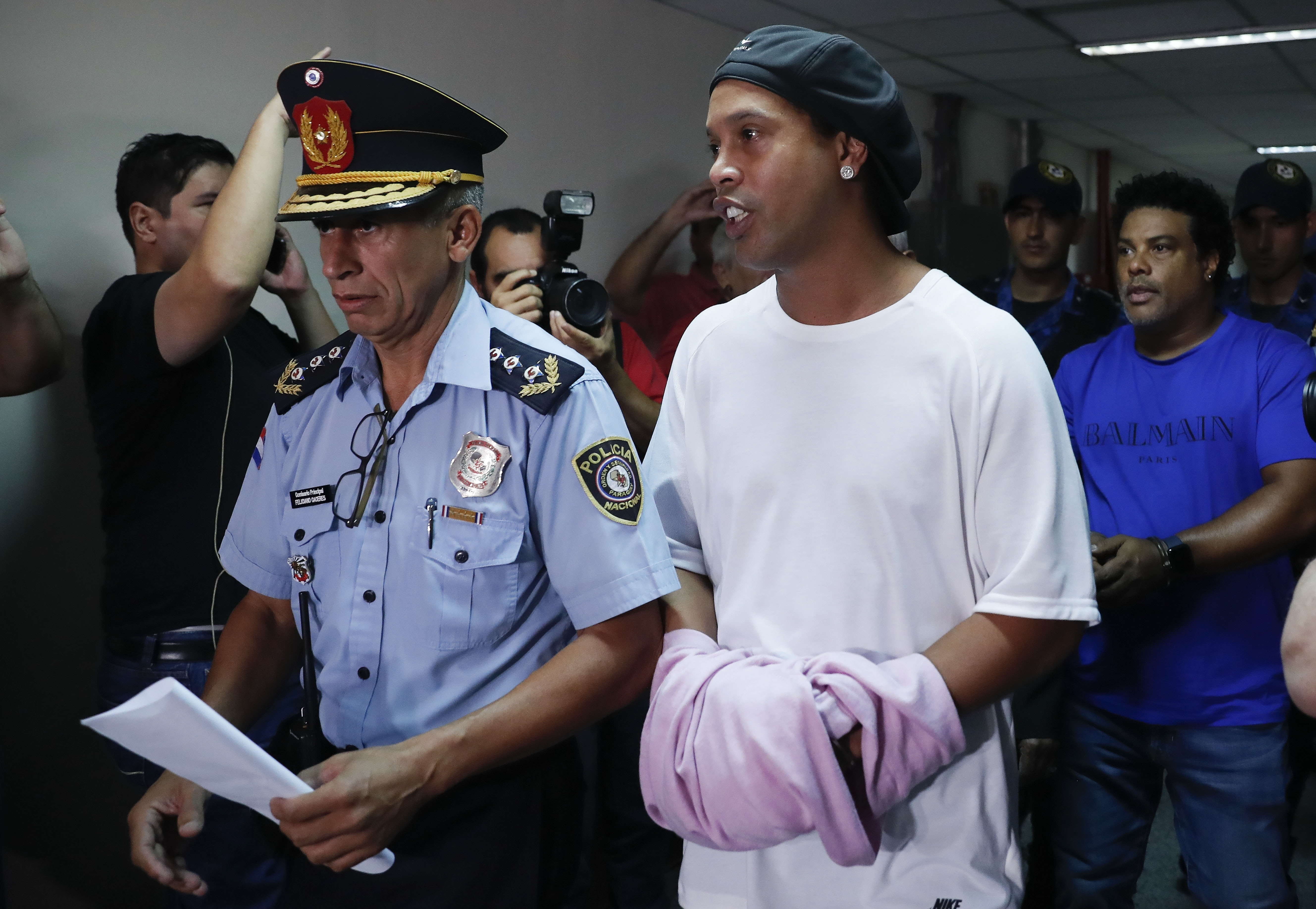 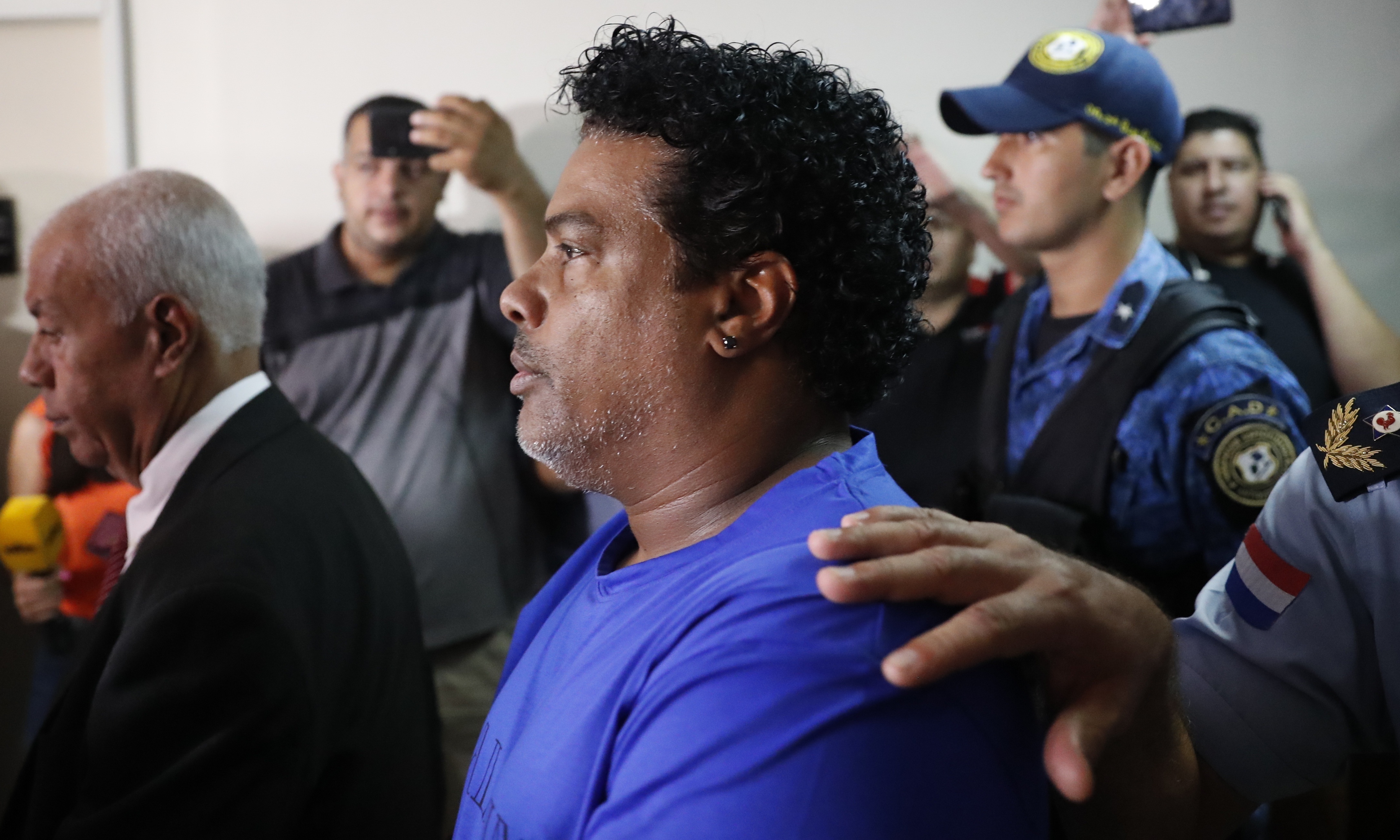