A new look at West Side Story. Disney released the first trailer of Steven Spielberg‘s film adaptation of the hit musical on Sunday, April 25, during the Academy Awards.

The movie, set in the ’50s in the Upper West Side, explores the rivalry between the Jets and the Sharks, two gangs who come from different ethnic backgrounds. Tony and Maria, two New Yorkers with ties to different gangs, fall in love.

Rita Moreno, who starred as Anita Palacio in the 1961 adaptation of the 1957 musical, will also star in the reboot as Valentina. Her original adaptation won 10 Academy Awards in 1962, and Moreno, 89, won for her supporting role, becoming the first Latina actress ever to win an Academy Awards.

“Can you believe it? I’m beside myself,” the EGOT winner told Us Weekly exclusively in January 2020 about starring in the new rendition. “Filming it was thrilling. It was surreal to talk to the young girl who’s playing Anita, Ariana DeBose, who, by the way, is a fierce dancer. She’s fierce — way, way, way superior to what I was as a dancer. I wasn’t so much the dancer, I was the dancer/actress kind of thing.”

The One Day at a Time alum added that this time around “the kids playing Latinos are Latinos,” something she couldn’t be more excited about. 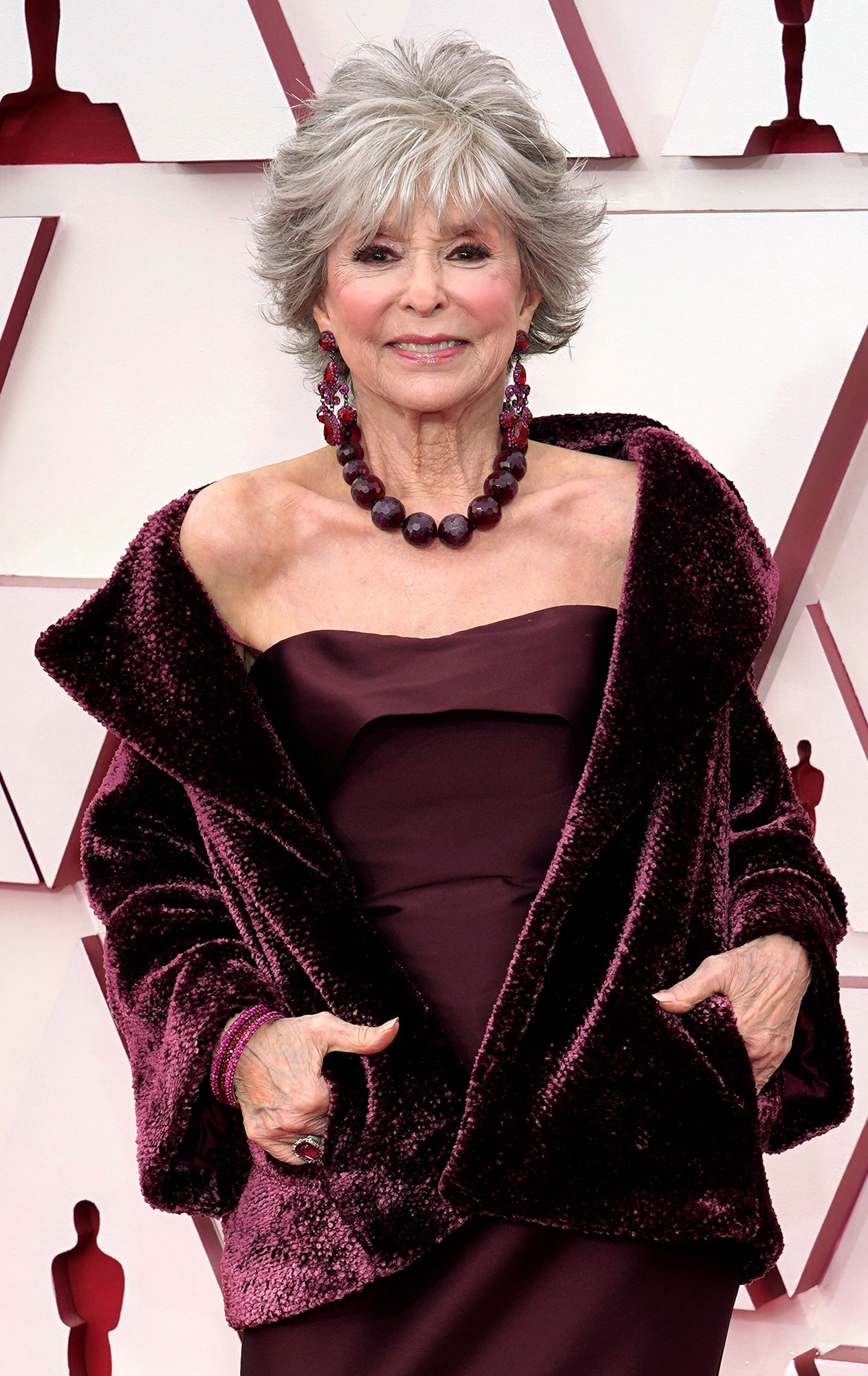 “You know what, they are their own colors,” she added. “Some of them are light-skinned, some are Afro-Latino. It’s thrilling. And the kids are so thrilled themselves.”

All 15 Stars Who Are EGOT Winners

When she met the new cast, they had a ton of questions for her, Moreno told Us. “I shared everything. I shared the bad stuff too — the fact that [in the past,] nobody was consulted about color and race,” the Golden Globe winner said. “Steven had somebody lecturing these kids at least three times a week, somebody different every time.”