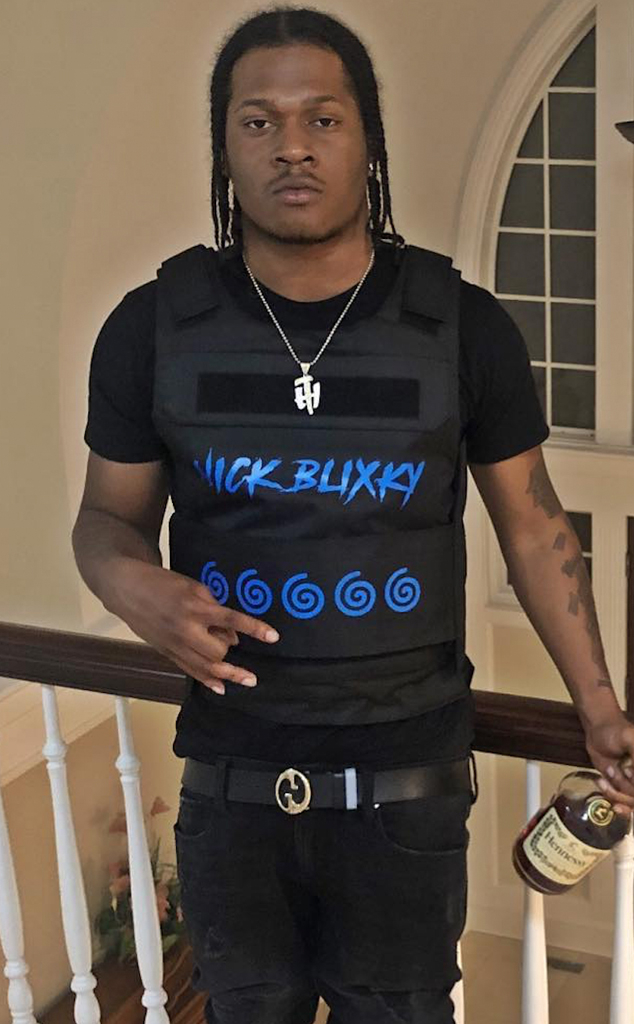 The 21-year-old rapper passed away after a fatal shooting in Brooklyn, New York over the weekend.

The New York City Police Department responded to a call for an “unresponsive male” in front of 200 Winthrop Street in the 71 precinct at around 9:30 p.m. on Sunday, the NYPD confirmed to E! News on Monday. After arriving at the scene, the police found the artist, otherwise known as Nickalus Thompson, “with multiple gunshot wounds to the torso and buttocks,” authorities said. Emergency medical services then rushed Blixky to Kings County Hospital, where he was pronounced dead.

The NYPD told E! News the investigation is still ongoing and that no arrests have been made.

After news of Blixky’s passing broke, several fans took to social media to express their condolences.

“Rest In Peace @nickblixky63,” @moneynels wrote via Instagram. “A diamond in the rough. Had a chance to work with this young man. Quiet but very observant. Last time he came to my office he played me so many records I couldn’t believe how talented and diverse he was with his music. Hate to see a young life cut short. Sending my prayers and condolences to his friends and family. Rest up Young King.”

A member of his team also shared the following message with E! News.

“This NY gang violence got to stop,” the message said. “These young men killing each other is out of control. The worst part about it is they celebrate about it when it’s done. Like it’s a party. It’s so sad.”

During his lifetime, Blixky appeared on a number of songs, including “Drive the Boat” and “Hurry.”

He also promoted his new music just hours before his death.

“JUNE 3RD!! I’m dropping my first Tape ever,” he wrote via Instagram. “LOCK IN THE DATE… ‘DIFFERENT TIMIN.'”