The keeper claimed the 122nd-minute Ibrox equaliser – despite Chris Kane getting the final touch. 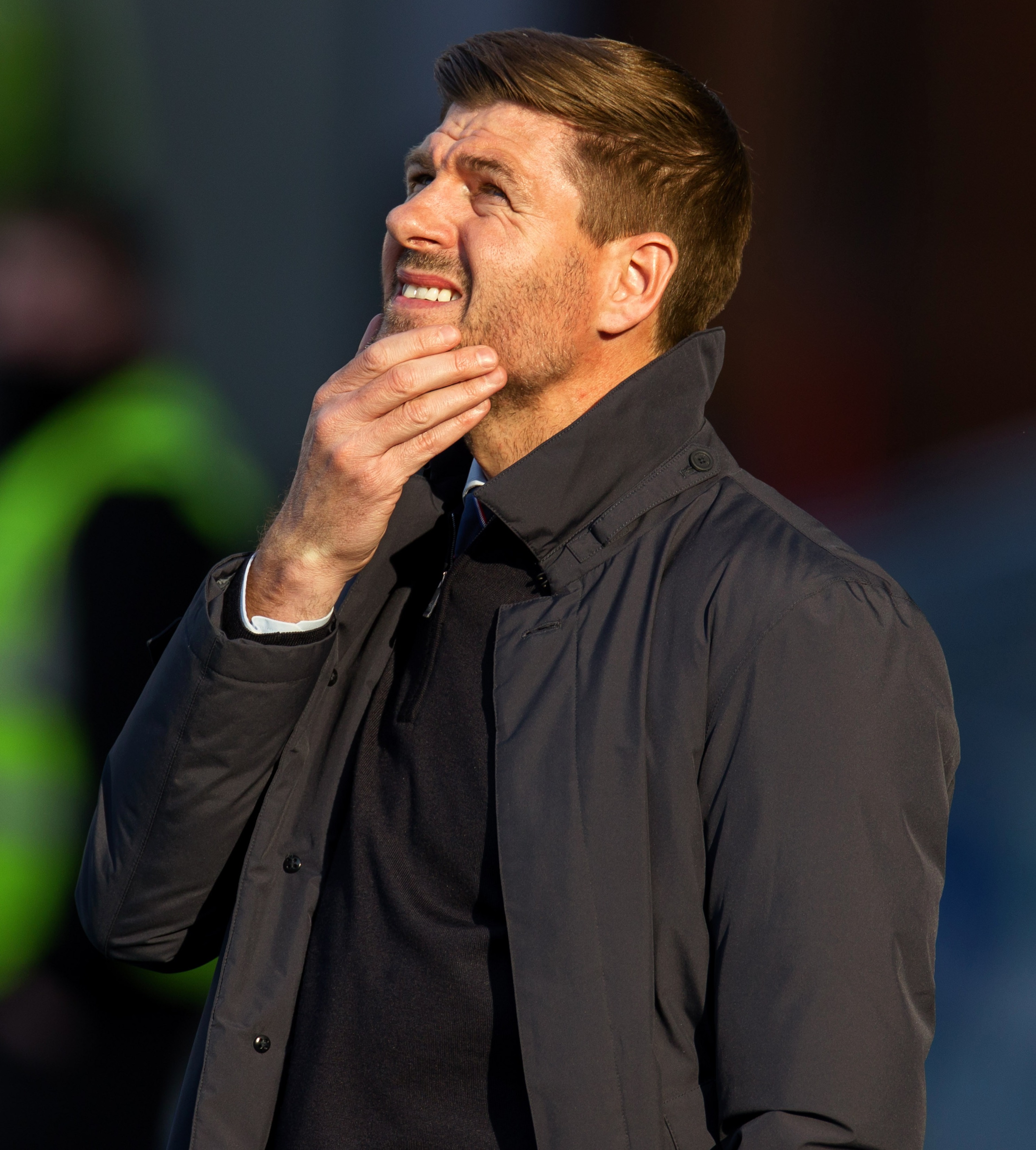 Clark then saved two spot-kicks in the 4-2 shootout win as Callum Davidson's side made the Scottish Cup semis.

He said: "There have been so many times this season when I have thought to myself: ‘I'm going to go up’ and I’ve looked at the bench and they’ve said no!

“I just thought, 'Do you know what? It’s all or nothing. Just get myself up there'.

"I’ve had it against me many times and you’re shouting at someone to pick them up and everybody has a man.

“You just follow it and try to get yourself on the end of it.

“It was a great ball in and I glanced it.

"Typical striker, I think Kano toe poked it over the line, so I’m devastated! 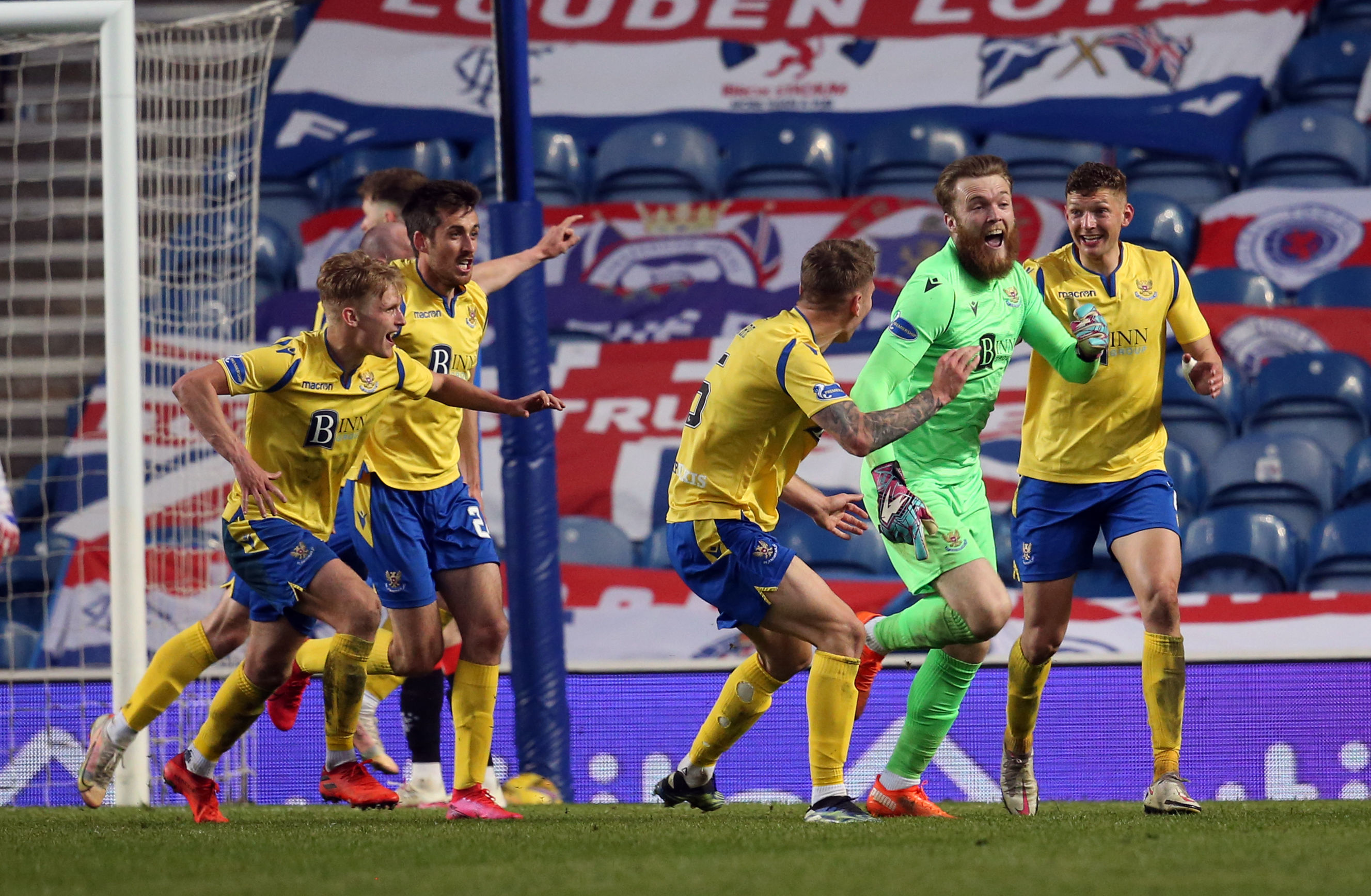 "But you know what? I’m taking it! I don’t care if Kano tapped it in.

“It was what we deserved. We pushed them the whole way, we were excellent in everything we did so credit to the boys.

“Penalties are a lottery, it’s a case of who can keep their cool and score the most.

“It’s up to the keepers to try and help the boys out and save a couple. Thankfully I have done that."

James Tavernier put Rangers ahead four minutes before the end of extra-time but then had a penalty saved in the shootout.

Gutted boss Steven Gerrard led an inquest into why Clark was unmarked at the leveller. 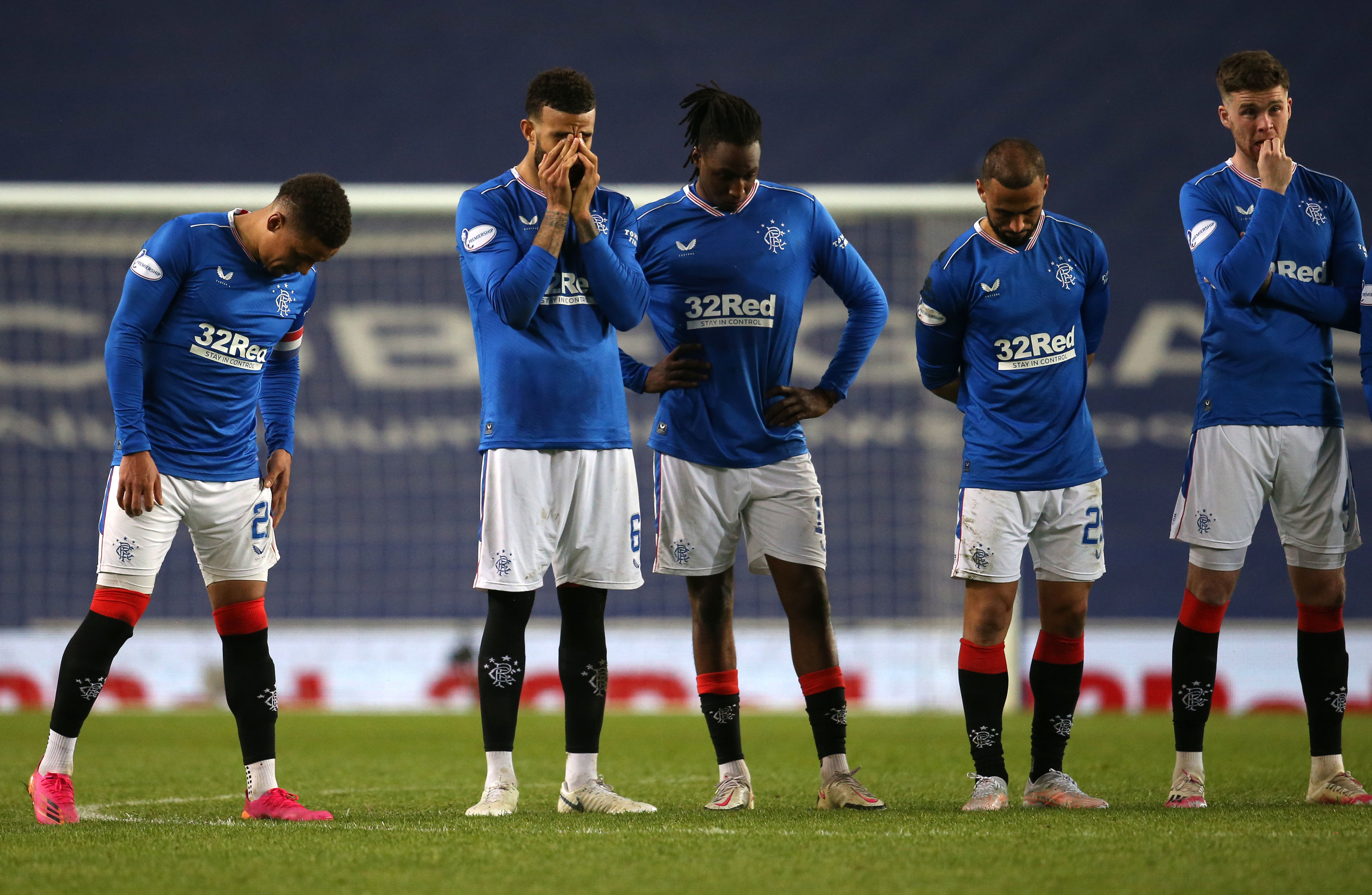 And he wouldn't entertain any talk that winning the league left his players drained.

He said: "We again have been stung by not being able to see the game out.

"We have been made to pay for one unique situation – a 6ft 3in goalkeeper coming up and getting a free header in the box.

"That’s not good enough. Players haven’t smelt that or dealt with that but that’s one us as a staff as well. 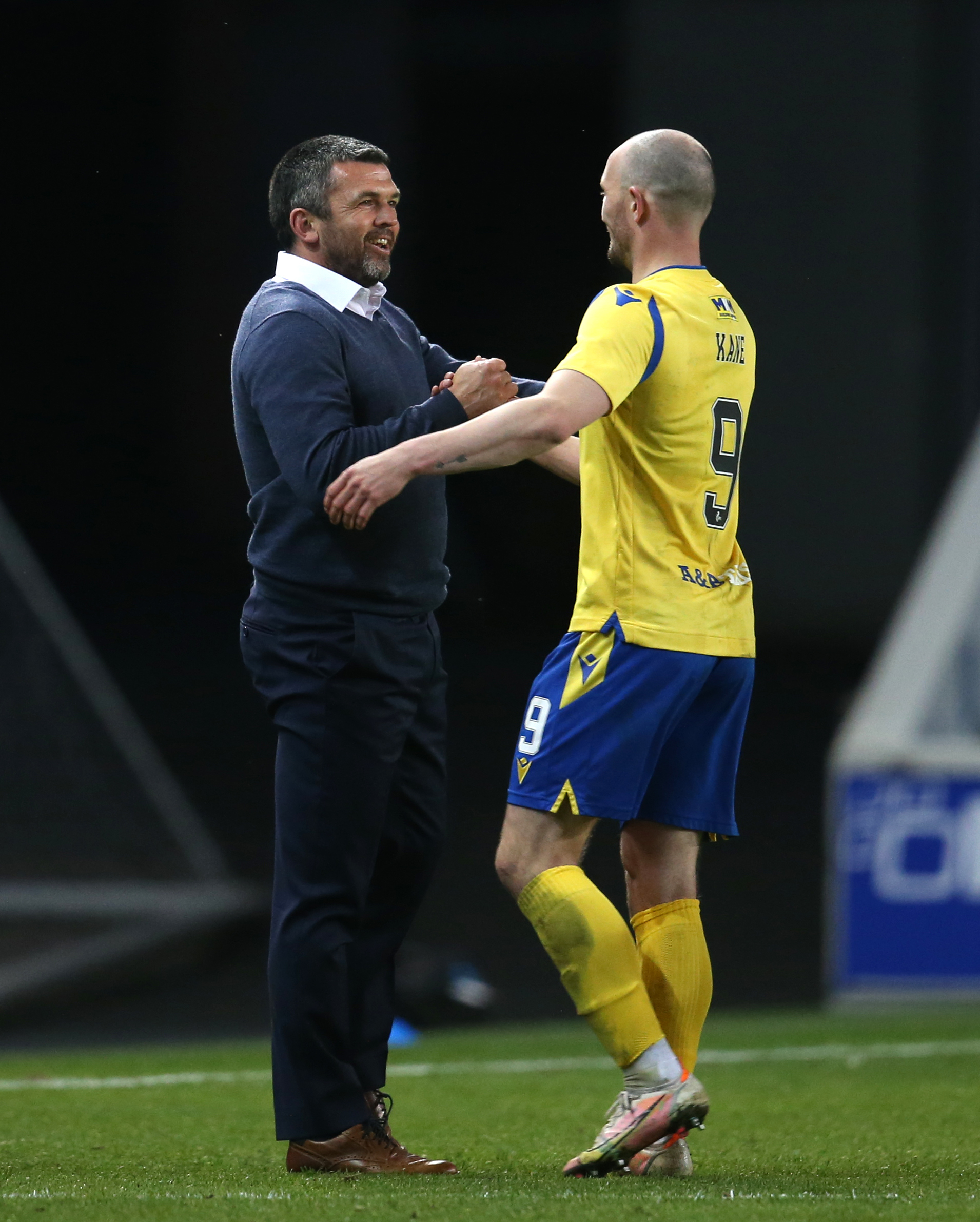 "We have to accept responsibility for that.

"I think it's the easy way out, a cop out, for us to use excuses from three or four weeks ago.

"We felt fantastic back then and there was a lot of relief and emotions. Rightly so, we deserved that.

"But I made it clear the Scottish Cup was a priority and we needed to keep hungry.

"The challenge is for me to improve on cup competitions and get a group that's capable of being better.

"And giving our fans what they deserve, which is more trophies – not just one out of nine.

“We can feel sorry for ourselves in the League Cup Final, we can make excuses that we never had a forward in year one.

“You can pick the bones out of it all, the reality is that it’s on me and it’s on us.

“We need to make sure we are better in the cup competitions moving forward.”

Saints boss Davidson hailed Clark and his team-mates – admitting he thought they were out.

He said: "That’s why Zander plays head tennis with us, he tells me!

“The first penalty was crucial. It was a great save and I thought Zander was outstanding all game

“And the end will be something he’ll remember for the rest of his life.

“I’ve got to try and be calm and level headed. We’re in a semi-final and we’ve given ourselves a chance of getting to another final."