Priti Patel had barely left her post as Home Secretary this week before her parliamentary colleagues were lining up to bid her a polite goodbye.

‘Good riddance,’ shrieked Labour MP Zarah Sultana on Tuesday for the benefit of her near 300,000 Twitter followers. ‘You were an unspeakably cruel Home Secretary and won’t be missed by anyone with a shred of decency.’

The 28-year-old Sultana, a close friend of disgraced ex-Labour MP Jeremy Corbyn, knows a thing or two about decency. Last year, she was forced to apologise after posing for photographs with activists brandishing placards calling police ‘assassins’ and demanding ‘no cops’.

In 2015, meanwhile, Sultana took to social media to say she would ‘celebrate’ the deaths of Tony Blair and former Israeli Prime Minister Benjamin Netanyahu. She has also since apologised for this. 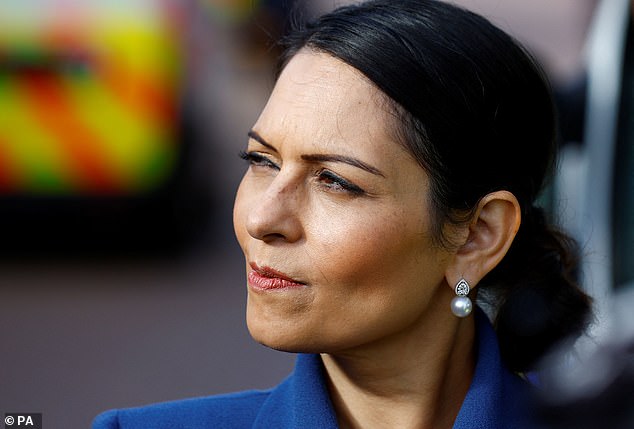 Priti Patel had barely left her post as Home Secretary this week before her parliamentary colleagues were lining up to bid her a polite goodbye. ‘Good riddance,’ shrieked Labour MP Zarah Sultana on Tuesday for the benefit of her near 300,000 Twitter followers

So this sisterly outburst from one of the Left’s ‘be kind’ brigade was predictable. But the truly shocking thing about it was what came next.

One of the first Twitter accounts to ‘like’ Sultana’s ugly ramblings against Patel belonged to none other than the Foreign, Commonwealth and Development Office (FCDO) — making it clear to Sultana’s army of fans what they, too, thought of the outgoing Home Secretary.

A single Twitter ‘like’ proves nothing, you might say. And, certainly, the Foreign Office was quick to try to excuse its behaviour. The ugly tweet was rapidly ‘unliked’, the Department later insisting that an employee had made a ‘genuine mistake’.

Perhaps they did. But even if it was an honest error — and how interesting that the Foreign Office’s Twitter team are scrutinising Ms Sultana’s inane rantings so closely — Patel’s allies felt they had good reason to seize on it.

In their words, the ‘like’ betrayed the ‘sheer obstruction [Priti] faced from the Foreign Office’.

Her friends continued: ‘The FCDO has fought at every turn to overturn the Rwanda policy. Priti stood up for the hard-working majority on illegal migration, detention and the removal of people with no legal basis to be in our country.’

Quite so. But the issue here is not the rights and wrongs of Patel’s flagship scheme to deport to Rwanda a proportion of the tens of thousands of boat migrants illegally reaching Britain every year.

What matters instead is the integrity of our constitution and the effective operation of the machinery of the state.

To emphasise a point that the Foreign Office mandarins should understand by now: politicians have to win votes to keep their jobs. Civil servants do not. (They’re almost impossible to fire — but that’s another story.)

Elections, in the end, are the bulwark that stands between the British people and tyranny. The moment we can no longer ‘kick the b*ggers out’, as the old saying has it, is the moment we surrender our democracy. Countless revolutions abroad testify to that.

So when unelected civil servants refuse to do the bidding of the governments chosen by voters, they erode the trust that forms the very basis of the state. And make no mistake: woke civil servants, mired in liberal groupthink, despised nothing more than Patel’s Rwanda plans — except, possibly, Brexit. 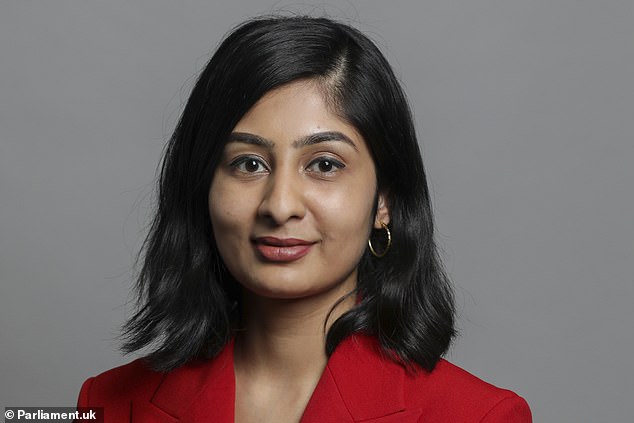 The 28-year-old Sultana, a close friend of disgraced ex-Labour MP Jeremy Corbyn, knows a thing or two about decency. Last year, she was forced to apologise after posing for photographs with activists brandishing placards calling police ‘assassins’ and demanding ‘no cops’

Patel ran the Home Office, of course. But the scheme inevitably required help from other departments, including the FCDO. And even in her own department, Patel faced almost limitless obstruction by the fabled Whitehall ‘Blob’ — which can act with devastating effectiveness when it wants to.

In an extraordinary development, Patel faced a guerrilla campaign conducted by her own staff.

Anonymous civil servants slapped ‘Refugees welcome’ stickers on windows and doors in the Home Office. Those behind a Twitter account — why must these idiots always congregate on that benighted site? — calling itself ‘Our Home Office’ plastered a series of posters around Government buildings.

‘We have the spine to say ‘no’ minister,’ the mutineers proclaimed, adding in the manner of student protesters: ‘No to racist deportations.’

A second poster featured Paddington Bear in a mocked-up ‘Immigration Enforcement’ notice, labelling his ‘clandestine’ arrival in the UK as via an ‘irregular route, using small boat, without visa’.

How charming that they found the issue of boat migrants such a fit subject for mirth. 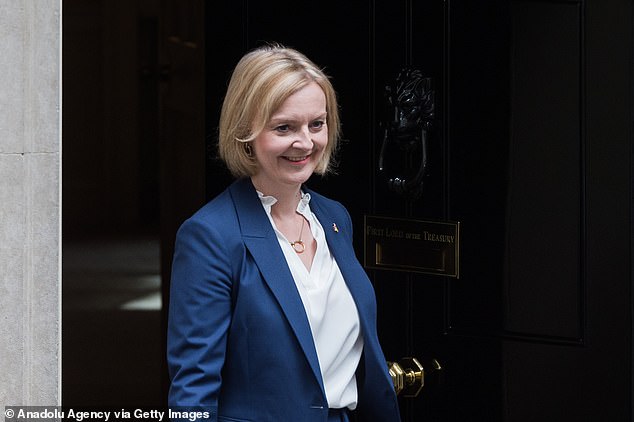 Liz Truss, our new Prime Minister, has repeatedly stated her commitment to maintaining the Rwanda plan — which is on hold pending the results of a judicial review that could be in November

‘The words ‘I was only obeying orders’ are echoing down through history and making me queasy,’ they declared. It was truly absurd. One can only imagine the pain in this individual’s eyes as they sobbed into their mojito after work.

That ‘no, minister’ quote was revealing in another way. It was, of course, a reference to the much-loved 1980s TV show Yes, Minister, in which unflappable mandarin Sir Humphrey Appleby quietly dissuaded the hapless minister Jim Hacker from adopting most of the policies he wanted to enact — or explained why they would be impossible to achieve in the first place.

The Blob is not a new phenomenon, then: it has bedevilled governments for decades.

But it’s hard to imagine Sir Humphrey engaging in a deliberate, dogged and underhand campaign to destroy a flagship government policy, or to whip up his fellow civil servants into open revolt.

And that is why Whitehall’s increasingly flagrant refusal to enact policies with which it disagrees — from Brexit and Rwanda to schools and NHS reform — is so serious.

As a research analyst and writer, I specialise in public security. My PhD thesis examined matters of social cohesion and institutional trust. It also explored the impact of social integration among British non-white ethnic minorities.

And I can tell you nothing spells social disintegration faster than a government seen to be thwarted from doing its business by unelected actors within the system.

Many of us still think fondly of our civil service as a Rolls-Royce. At its best, it can be. But it needs to remember that the person behind the wheel should always be an elected government minister — not a woke official willing to work only when they happen to agree with a policy.

Liz Truss, our new Prime Minister, has repeatedly stated her commitment to maintaining the Rwanda plan — which is on hold pending the results of a judicial review that could be in November.

Patel’s successor Suella Braverman is the new Home Secretary — and the early signs are encouraging.

As a former Attorney-General, Braverman is well-placed to take on what she memorably termed ‘woke rubbish’. She will have no time for Blob mandarins devoted to obstructing government business. She will know, too, that if a civil servant will not, as a matter of principle, enforce government policy, they have only one option: to resign.

All this comes too late for Patel. She tried her best in what’s surely the most difficult department in government.

But Truss’s new administration must mend the fraying fabric of our constitutional settlement — or the security of the nation will be at stake.

Dr Rakib Ehsan is an expert in social cohesion and public security and the author of a forthcoming book, Beyond Grievance.