Queen’s previous collaboration with former Bad Company singer Paul Rodgers ran from 2004 until 2009. In 2005, the band, featuring guitarist Brian May, drummer Roger Taylor and Rodgers as their singer, added John Lennon’s Imagine to their setlist in response to the heartbreaking London bombings which killed over 50 people. The tribute to the victims was also a touching nod to the legacy of the late Beatles star and the group were careful not to exclude Freddie Mercury from the moment.

Mercury tragically died of complications due to AIDS in 1991.

But May and Taylor have carried his memory with them ever since and, at their Hyde Park show in 2005, he was remembered alongside Lennon.

“I find myself kind of lost for words,” May tells the crowd in a video of the gig.

“We’ve decided we’d like to do something special for this particular night because a lot of things have changed.” 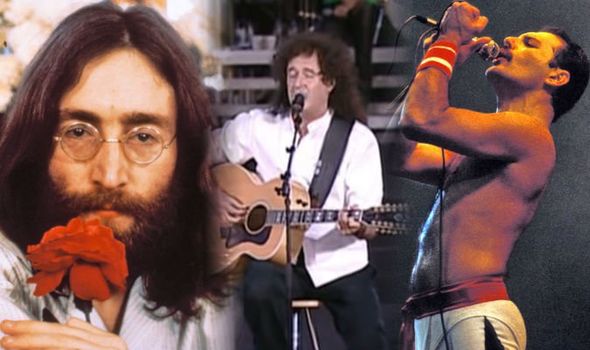 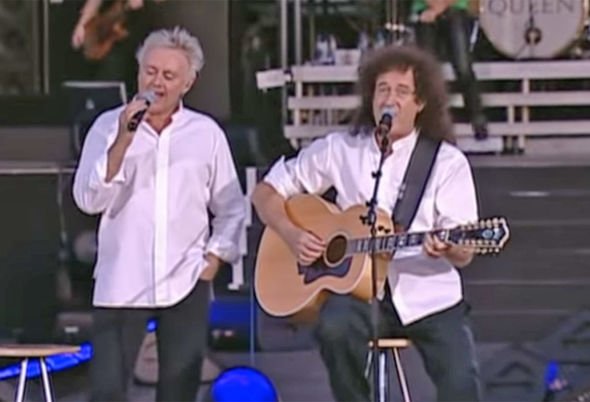 “A lot of stuff is happening and rather than words, we’d like to sing you a song written by probably the greatest rockstar of all time, next to Freddie,” he added.

May can be seen seated on a stool at the front of the stage strumming on a 12-string acoustic guitar.

“Imagine there’s no heaven / It’s easy if you try,” he sings. “No hell below us / Above us only sky,” he opens the song. “Imagine the people living for today…”

Taylor then joins him to put on a display of his vocal talents. 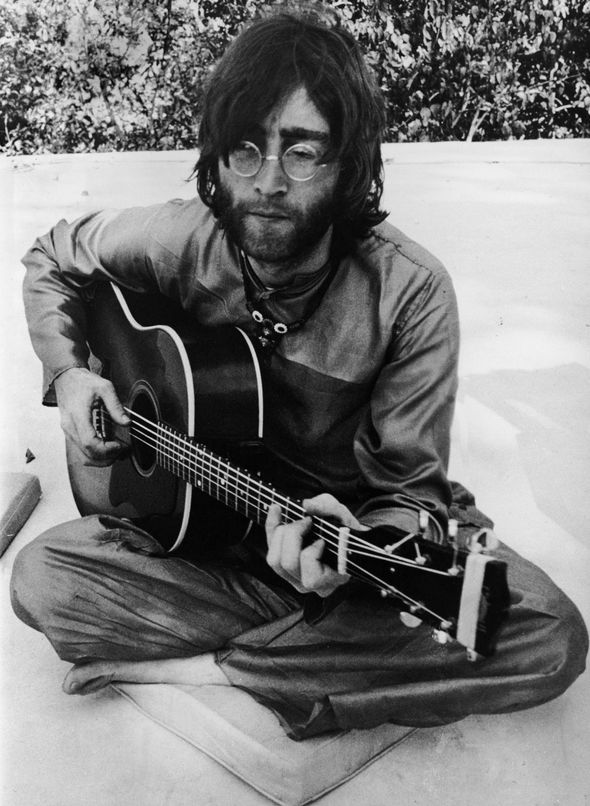 “Imagine there’s no countries / It isn’t hard to do / Nothing to kill or die for / No religion too….” the drummer sings.

Rodgers proceeds to take over as Taylor jogs back to take his place behind the kit.

The crowd sings along throughout the touching rendition of Lennon’s biggest hit.

At the end, May grasps Rodgers’ hand and holds it triumphantly aloft as the audience cheers and applauds.

Beatles FEUD: How George Harrison WALKED OUT over bandmates [UNCOVERED]

London’s emergency services were given free tickets to the show that night, which was dedicated to them in the wake of the 7/7 bombings.

Queen have continued to perform live since Mercury’s death nearly 30 years ago.

Following their collaboration with Rodgers, they teamed up with US popstar and vocal prodigy Adam Lambert.

They first played together during Lambert’s stint on American Idol in 2009 and later made things official as Queen + Adam Lambert.

In 2012, they embarked on their first European tour, followed by 2017 North American tour.

Having recently completed the Asian leg of their latest tour, they are set to hit the road in Europe, including a string of dates in London, later this year.

With both Rodgers and Lambert, the band have made it clear they are not replacing Mercury.

Instead, the collaborations represent new chapters in Queen’s journey.