Queen Elizabeth II got right back to her royal duties on Tuesday after her husband Prince Philip’s funeral.

The leader of the Commonwealth video-chatted with the two diplomats from her Windsor Castle home, where she has been staying amid the COVID-19 pandemic, while Burmistre and Amani called in from Buckingham Palace.

During the calls, the Queen seemed to be in the best spirits possible considering the loss of her husband of 73 years.

The British monarch celebrated her 95th birthday last week, though she did not make an appearance for the momentous occasion. Instead, she sent out a message to the people of the UK.

“I have, on the occasion of my 95th birthday today, received many messages of good wishes, which I very much appreciate,” she said in a statement released by Buckingham Palace. “While as a family we are in a period of great sadness, it has been a comfort to us all to see and to hear the tributes paid to my husband, from those within the United Kingdom, the Commonwealth and around the world.” 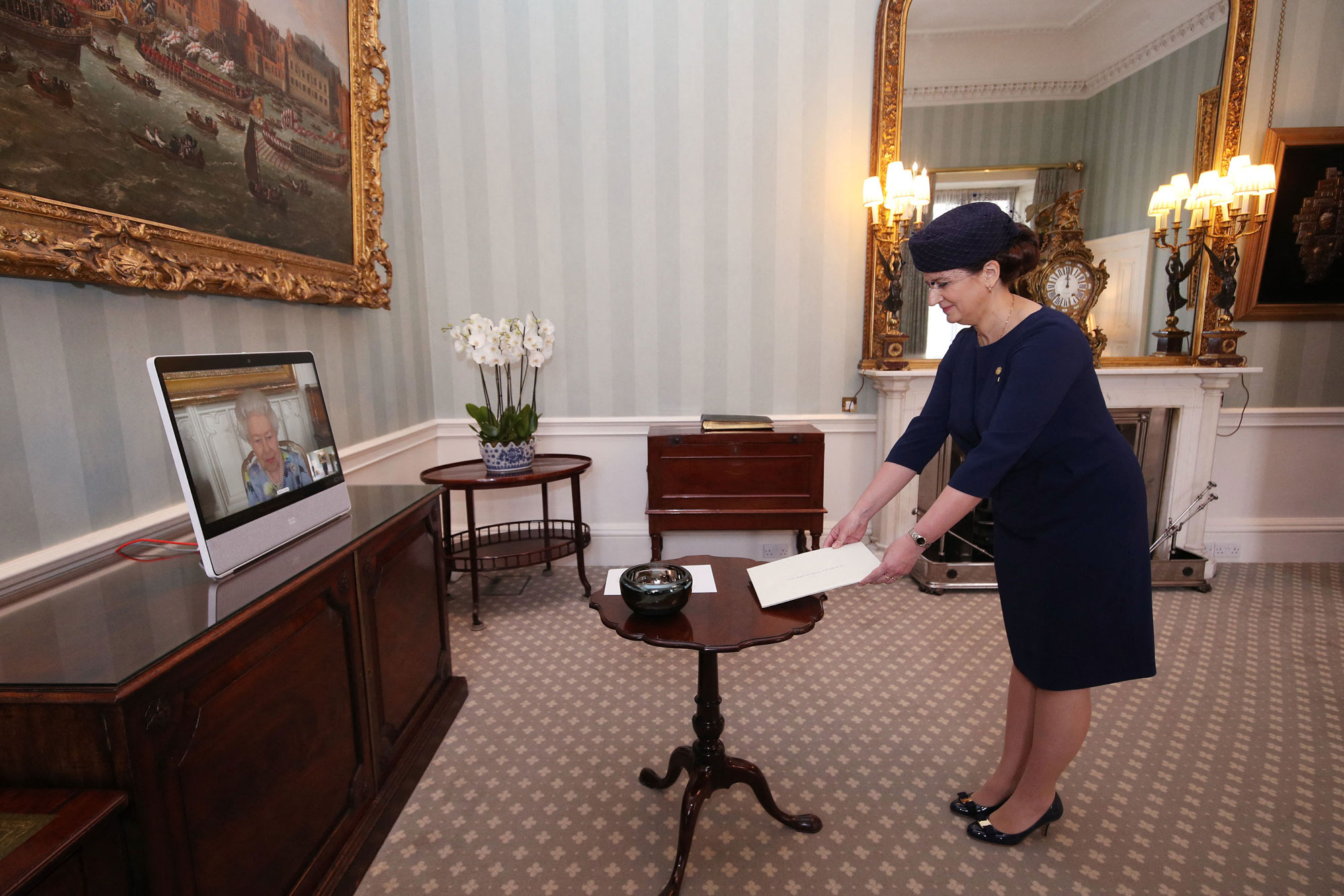 As Page Six previously reported, the Queen’s grandson Prince Harry did not stay in London to celebrate her birthday after Philip’s funeral because he had to return home to pregnant wife Meghan Markle and their son, Archie, in California.

Philip died at the age of 99 on April 9. The Queen, Harry, 36, Prince William, Kate Middleton and several other royals attended his funeral. 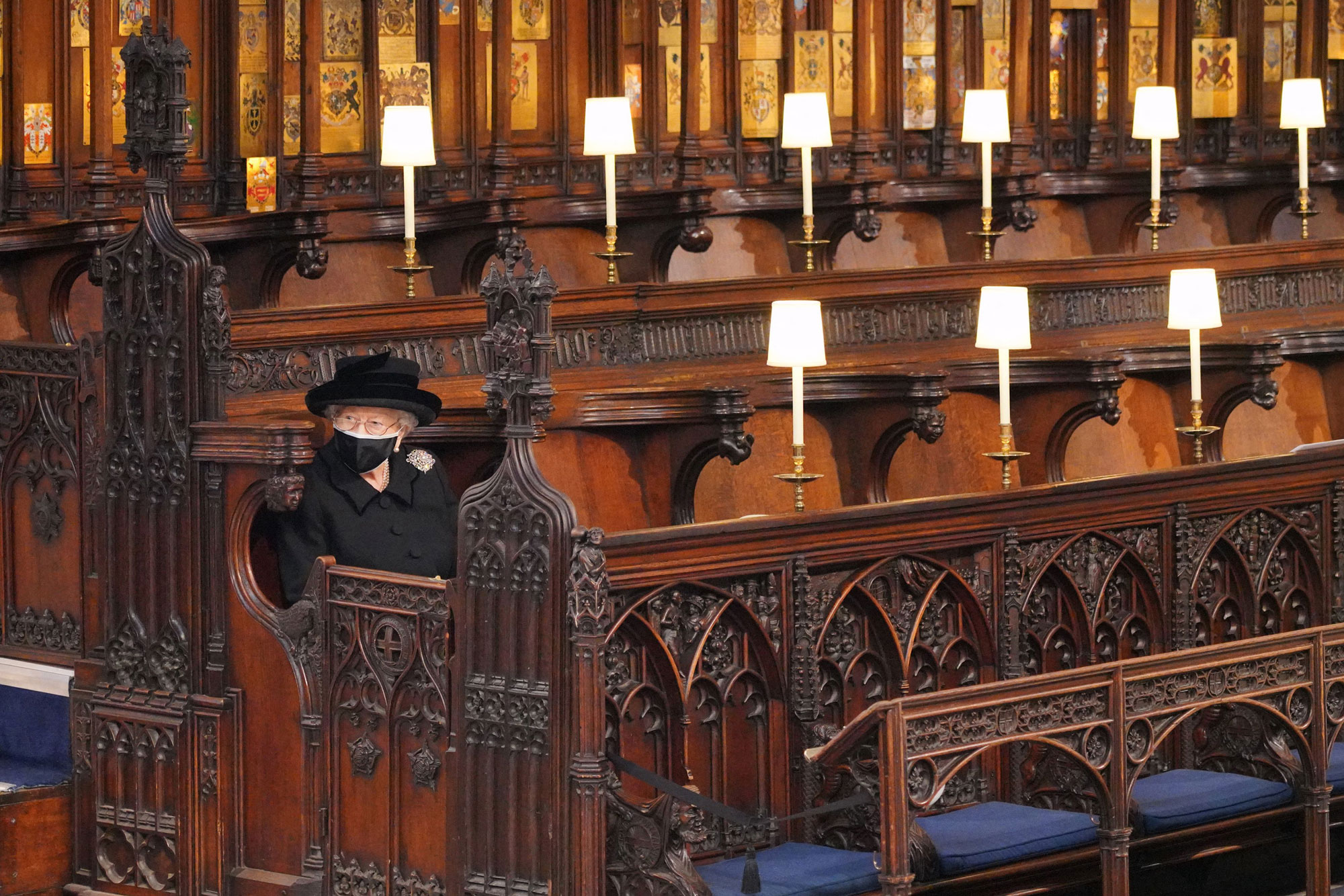 Markle, who blasted the monarchy during her notorious sit-down interview with Oprah in February, did not attend the service, but the former actress, 39, paid her respects in a joint statement with her husband.

The Queen’s son Prince Charles is expected to formally step into his father’s traditional role as royal consort beginning in May.