Queen Elizabeth II reportedly plans to call Prince Harry and Meghan Markle as she personally takes control of healing the bitter divide that was laid bare in their Oprah Winfrey interview.

The 94-year-old monarch made sure her grandson and his wife were told about her statement to their Oprah Winfrey interview before it was released Tuesday, sources told the Daily Mail.

She is now expected to talk to them on the phone in the next few days to extend an olive branch, the sources said.

While making contact, she has also ordered a “three-line whip” — an official order of the highest level — to stop palace staff from discussing the situation publicly, hoping to stem further damning leaks.

The Queen also personally insisted on the “compassionate” tone of her statement Tuesday, with its gentle “recollections may vary” replacing a firm rebuttal of contested allegations that others had pushed for, sources told the outlet. 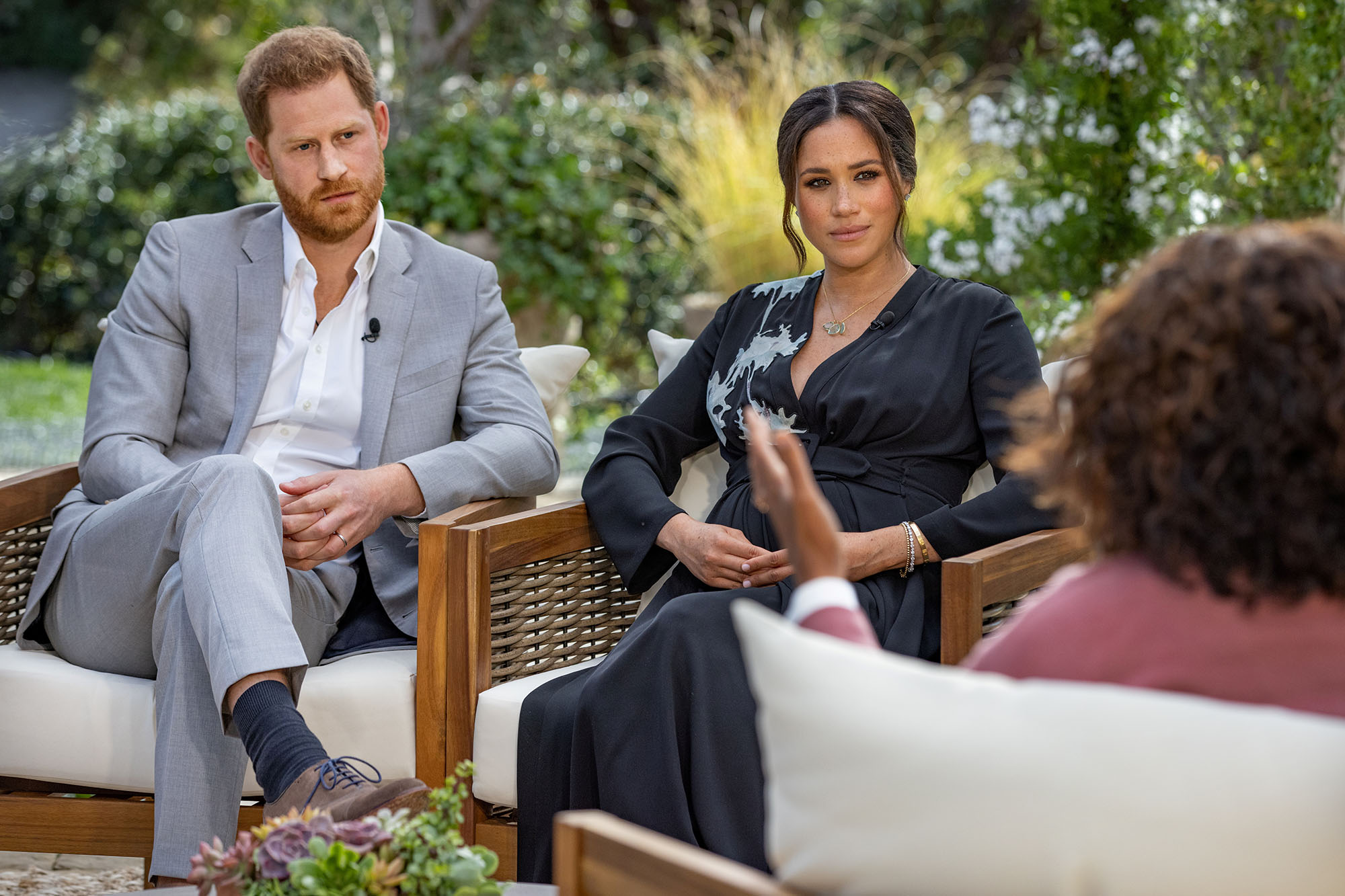 “It is difficult to underestimate how shell-shocked everyone is by what has happened,” a source told the Mail.

“People are literally reeling from what has happened and some staff would dearly love to publicly rebut some of what has been said about them.

‘But the Queen has taken a very measured, sensible approach. She is leading by example. This is a matter for her and the family to deal with.” 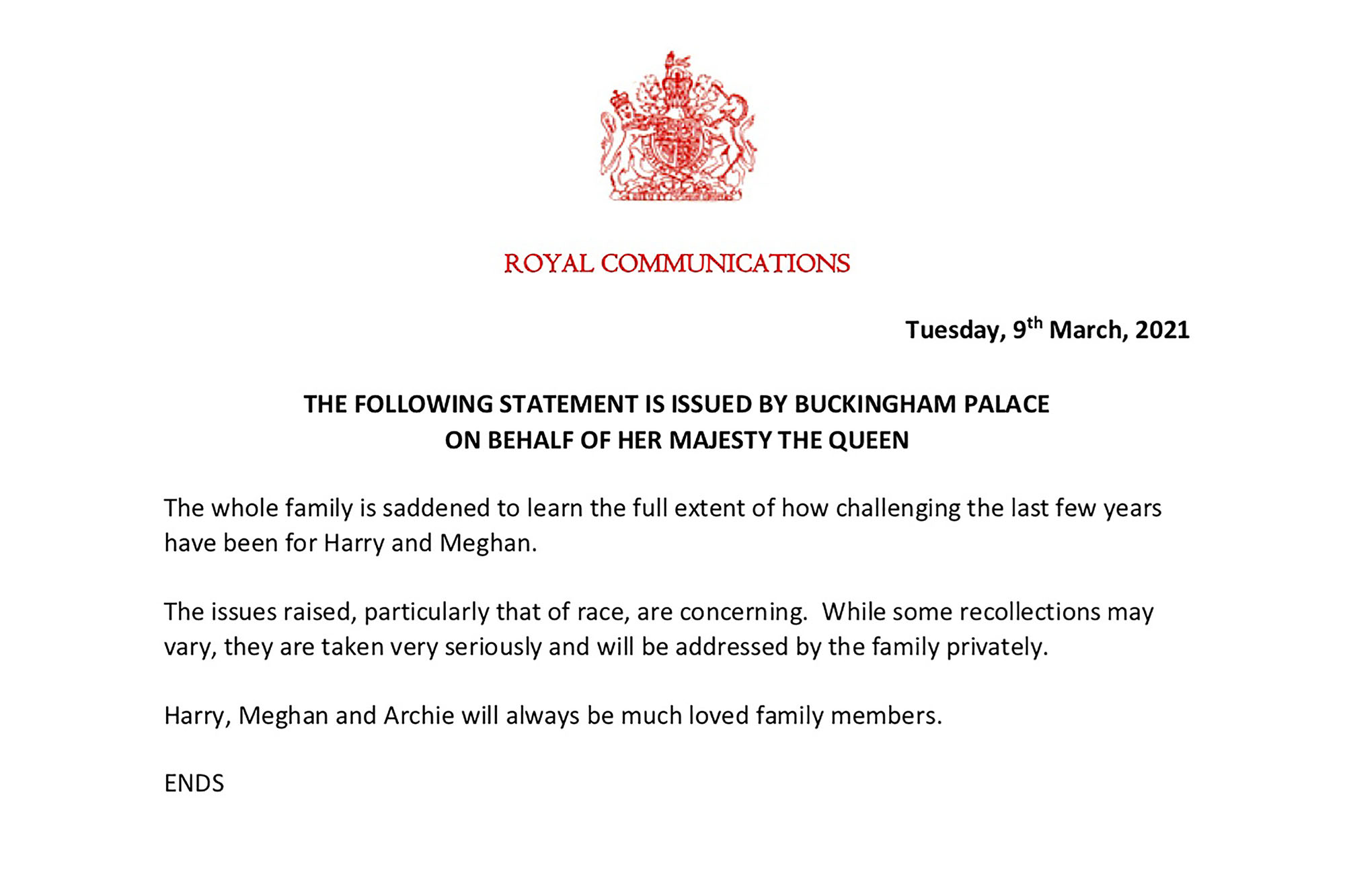 As well as being head of the monarchy, the Queen is leading the attempt to heal the relationship because she was the one royal the Duke and Duchess of Sussex spoke warmly about during their Oprah sitdown.

Harry was most harsh about his father, Prince Charles, and admitted there was still a huge gulf between him and his brother, Prince William.