Prince Charles made a video announcement in front of a family photo where Prince Harry was noticeably absent.

In a video message about the Queen’s Platinum Jubilee next year, the Prince of Whales was seen seated in front of a framed photo of himself posing alongside Queen Elizabeth II, Prince William, and his son Prince George, all of whom are in the line of succession to the throne.

By comaprison, 72-year-old Charles was seen seated in front of several photos of all of his family members in past video messages to the public.

But the decision to only include a photo of his mother, his son and his grandchild could be a snub at Harry and his wife Meghan Markle following their tell-all interview with Oprah Winfrey in March.

The Duke and Duchess of Sussex notoriously ruffled feathers with the British royal family after airing Buckingham Palace’s dirty laundry with Markle claiming the royals had “concerns” over Archie’s skin color and that they did nothing to help her when she came forward with suicidal thoughts.

Harry also claimed during the interview that Charles had stopped taking his calls.

Charles was reportedly “fuming” after their public takedown and things are particularly icy between him and Harry. 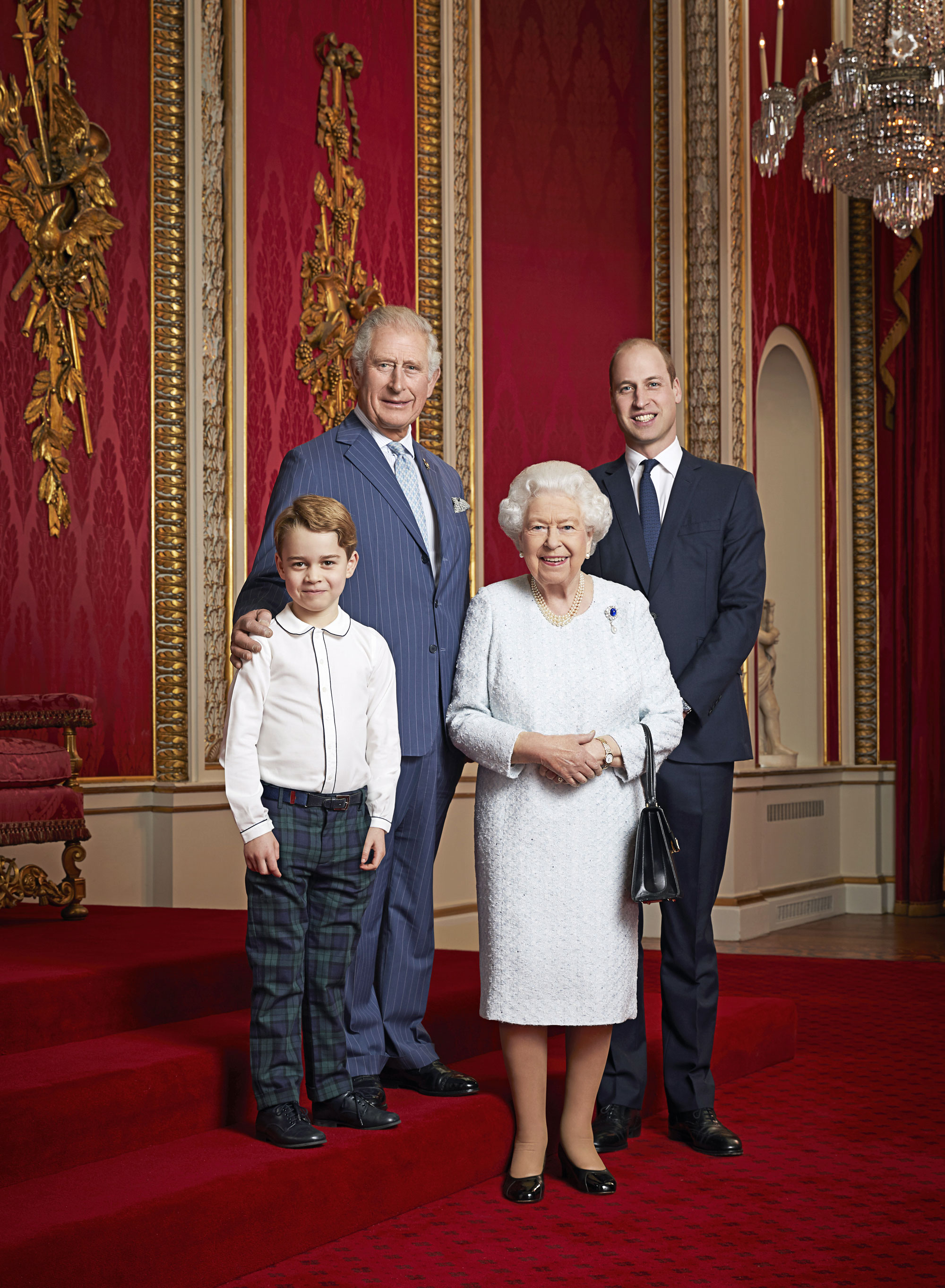 A source even said that he and Harry did not “resolve their differences” when Harry returned to the UK for Prince Philip’s funeral and that they ‘barely communicated’ with one another.

And an ex-butler claimed that Harry and his dad were unlikely to ever get back their “loving, caring, fun relationship.”

Harry and Markle moved to California in summer 2020 following their resignation from the royal family.