Next steps. Prince Andrew could face trial by the end of the year as new developments are made in his ongoing sexual assault lawsuit.

Prince Andrew Through the Years: Photos

The Associated Press reported on Wednesday, January 12, that a judge dismissed the 61-year-old royal’s request to turn over the suit filed by Virginia Giuffre. Andrew’s lawyers recently argued that the allegations lacked credibility, claiming that the lawsuit should be thrown out because of a settlement Giuffre reached with the late Jeffrey Epstein in 2009.

“Ms. Giuffre’s complaint is neither ‘unintelligible’ nor ‘vague’ nor ‘ambiguous,’” Judge Lewis Kaplan wrote in his ruling, per CNN. “It alleges discrete incidents of sexual abuse in particular circumstances at three identifiable locations. It identifies to whom it attributes that sexual abuse.”

Buckingham Palace refused to comment on the “ongoing legal matter” in a statement on Wednesday. According to CNN, Andrew has until July 14 to answer questions about the case under oath. A trial date might be set between September and December if the case isn’t settled.

The Duke of York announced in November 2019 that he intended to step back from his royal duties “for the foreseeable future” after coming under fire for his connection with Epstein, who was found dead in jail three months prior.

“I continue to unequivocally regret my ill-judged association with Jeffrey Epstein,” the former helicopter pilot noted in his statement. “His suicide has left many unanswered questions, particularly for his victims, and I deeply sympathize with everyone who has been affected and wants some form of closure. I can only hope that, in time, they will be able to rebuild their lives. Of course, I am willing to help any appropriate law enforcement agency with their investigations, if required.”

Shortly before retreating from public life, Andrew addressed the allegations against him during a BBC interview.

“I have no recollection of ever meeting this lady, none whatsoever,” he said of Giuffre, who claimed she was forced to have sex with him three times between 1999 to 2002. “It just never happened.” 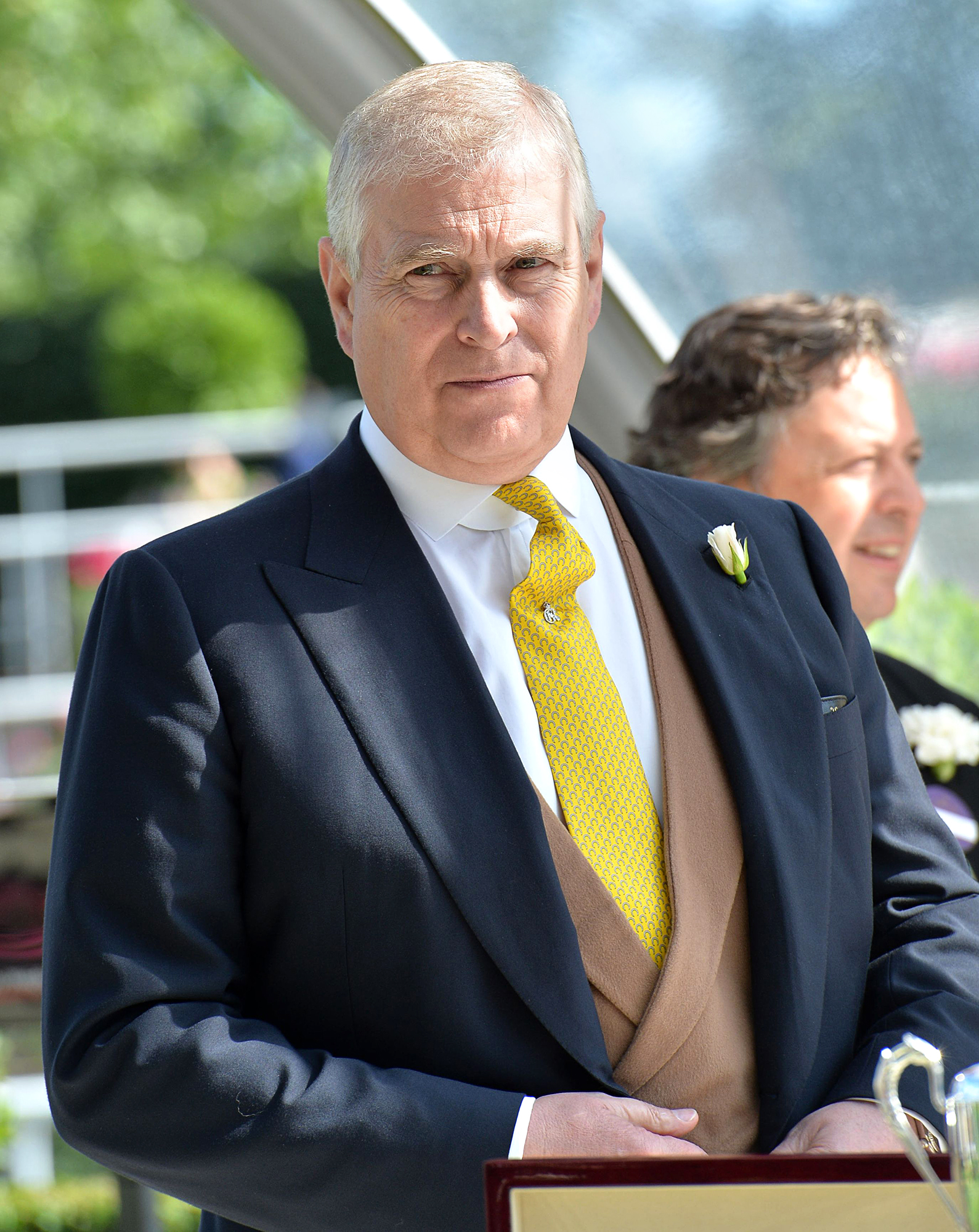 As the scandal continued to make headlines — and as the financier’s accomplice Ghislaine Maxwell faced consequences of her own — a source exclusively told Us Weekly in July 2020 that the prince felt “incredibly nervous” about the lawsuit. (Maxwell, 60, was found guilty on five of six counts against her, including sex trafficking of a minor, in December 2021.)

A Breakdown of the Royal Line of Succession

Andrew’s mother, Queen Elizabeth II, and other royal family members have kept quiet about the controversy. However, a source previously revealed that the duke’s daughters, Princess Eugenie and Princess Beatrice, struggled to cope with the allegations against their father.

“The girls are leaning on each other and are being really supportive of their dad and also understand that this is something that is going to change how he is able to perform his duties moving forward,” the insider noted in December 2019. “They understand the forever consequences of it.”

If you or anyone you know has been sexually abused, call the National Sexual Assault Hotline at 1-800-656-HOPE (4673). A trained staff member will provide confidential, judgment-free support as well as local resources to assist in healing, recovering and more.