SEAN RAGGETT recalls the day he took on his Arsenal heroes — then got stopped from entering a pub because he did not have a match-day ticket!

The Portsmouth defender, 26, was a star of then non-league Lincoln’s FA Cup run to the quarter-finals in 2017. 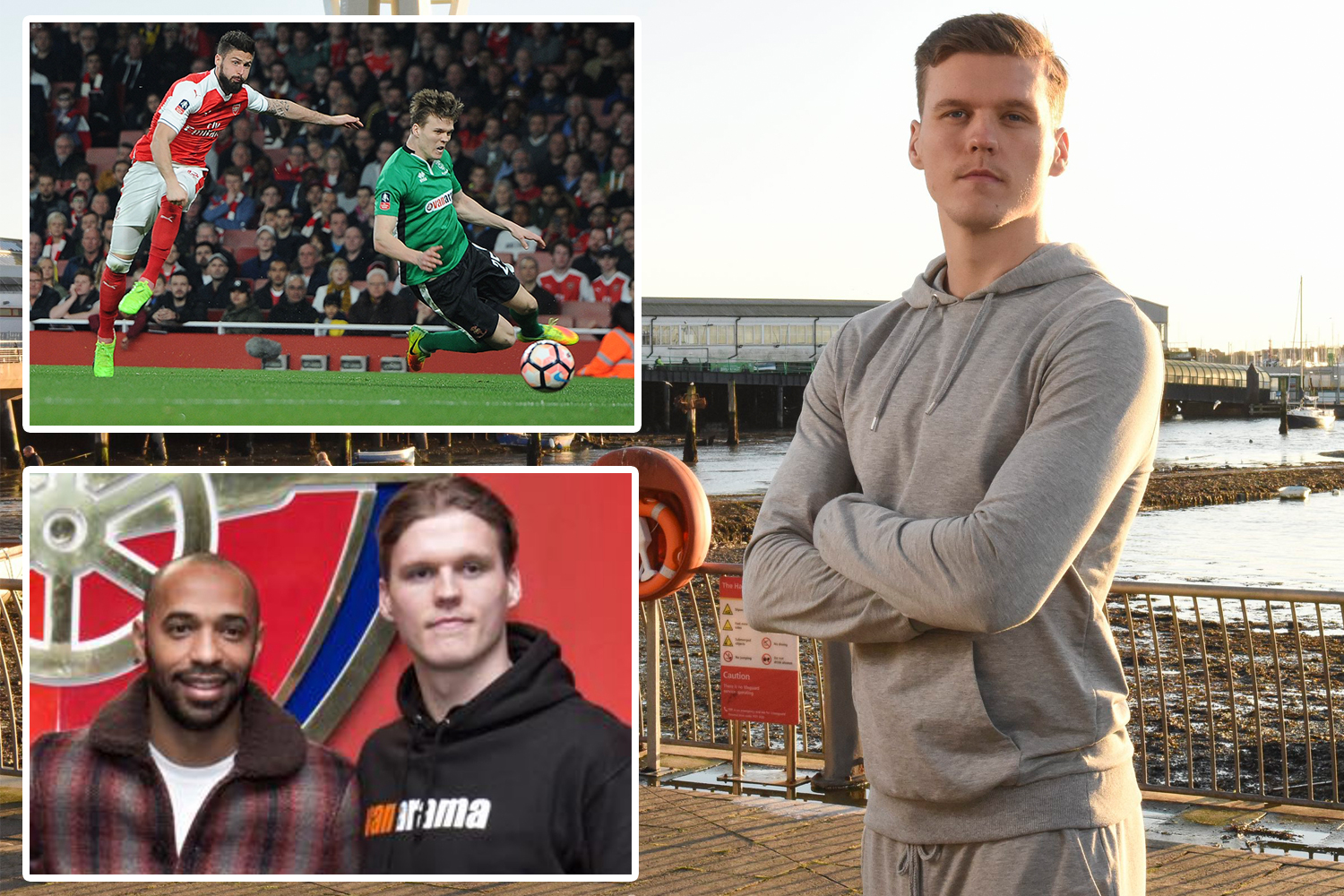 He scored a last-minute winner to topple Burnley at Turf Moor and set up that clash at the Emirates.

After locking horns with the likes of Mesut Ozil, Alexis Sanchez, Theo Walcott and Olivier Giroud live on TV, he was brought crashing down to earth at a boozer outside.

He said: “My best pal is an Arsenal fan and we’d arranged to meet up afterwards in this pub near the stadium.

“There was a bouncer at the door asking if I had a ticket from the game and I answered, ‘No, I haven’t’. He insisted I couldn’t go in.

“I told him, ‘I haven’t got a ticket because I was just playing centre-half in the game!’

“I was there wearing my Lincoln tracksuit, carrying my boots and Laurent Koscielny’s shirt he had swapped with me!

“He finally let me in but I had to put a coat over my tracksuit as the pub was for Arsenal fans.”

The irony is, Raggett is a lifelong Arsenal fan and two nights before that match, SunSport arranged for him and team-mate Nathan Arnold to meet Gunners legend Thierry Henry.