Interview With the Vampire, ★★★½
AMC+, Sundays from October 2

It’s taken 231 years, but vampire Louis de Pointe du Lac has finally come out of the closet as well as the coffin.

Yes, queer theorists everywhere, Louis really is gay. Yes, he and the vampire Lestat were lovers. Yes, they became possibly the world’s first same-sex parents when they “adopted” the orphaned Claudia. 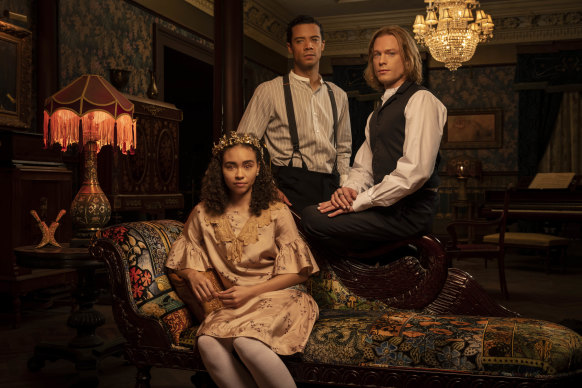 The thinly veiled homoeroticism of Anne Rice’s characters has been much discussed since her debut novel was published in 1976, even more so following Neil Jordan’s film adaptation in 1994, with Brad Pitt as Louis and Tom Cruise as Lestat. Now it’s front and centre. But there’s still plenty of subtext to keep the cultural theorists busy.

For a start, this Louis (Jacob Anderson) is now a man of colour, running a brothel and gambling den in 1920s New Orleans; the contrast with the 18th century white slave-owning plantation boss of the original could hardly be starker (there’s a delicious, though incidental, irony in the fact Anderson was best known until now as the eunuch Grey Worm in Game of Thrones).

Lestat (Australian Sam Reid, The Newsreader, Lambs of God) is a dandy straight out of the pages of Oscar Wilde. He’s a piano-playing aesthete willing to murder a man for hitting a bum note. He finds Louis at a low point – following the death of his brother, as per Rice’s book, rather than the loss of his wife, as per the movie – and seduces him with the weasel words of icy ocean swimmers everywhere: it’s nice once you’re in. 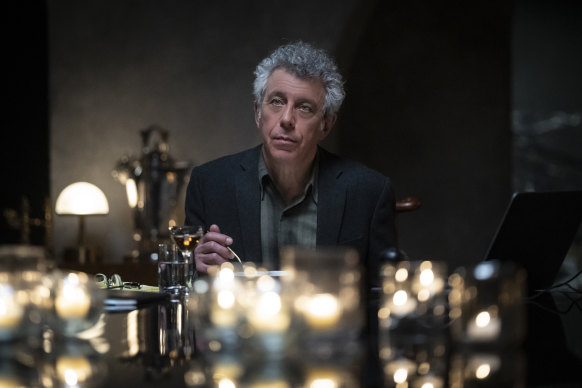 “Be my companion. Be all the beautiful things you are, and be them without apology for all eternity,” Lestat urges, and Louis accepts and thereby takes his first step to ruination.

“He was my murderer, my mentor, my lover and my maker,” the vampire tells his interviewer, journalist Daniel Molloy (Eric Bogosian).

Shot through with an almost unbearable sense of ennui, this Interview is in constant conversation with itself, or at least with the other versions of itself. The interviewer is the same man to whom Louis spilled his beans before (in 1973, we are told here, which tallies more or less with the book’s timeline, but not the movie’s). But this version of events differs from the earlier one, Molloy notes, calling Louis’ revisionist storytelling an “odyssey of recollection”.

Journalist and subject first met in a bar in San Francisco in both book and film; here Louis says what we’ve all been thinking. “We met at a gay bar, didn’t we Daniel?”

In 1994 the film spoke obliquely to the spectre of that blood-borne killer AIDS; in 2022 the series points overtly to degenerative diseases and the threat of COVID.

This Interview is defined by its knowingness and open embrace of “transgression”, though thankfully there are limits: while Claudia is determined to explore her sexuality, she is 14 here, not five as in the book, and the actress Bailey Bass was 18 when she filmed it.

And yet for all this sense of empowerment, rage and self-awareness, Molloy is onto something when he says he detects in Louis’s story “the shame of queer theorists everywhere”.

Sure, Louis may be out at last. But in a tale dripping with self-loathing and shame as much as blood, he’s still a long way from proud.