THE fan who invaded the pitch during Barcelona's win over Mallorca on Saturday admitted his plan failed due to "nerves" – and that police have DELETED his pictures.

In the 52nd minute of the Catalan club's return to action, the supporter ran onto the pitch wearing an Argentina shirt with Lionel Messi's name on it. 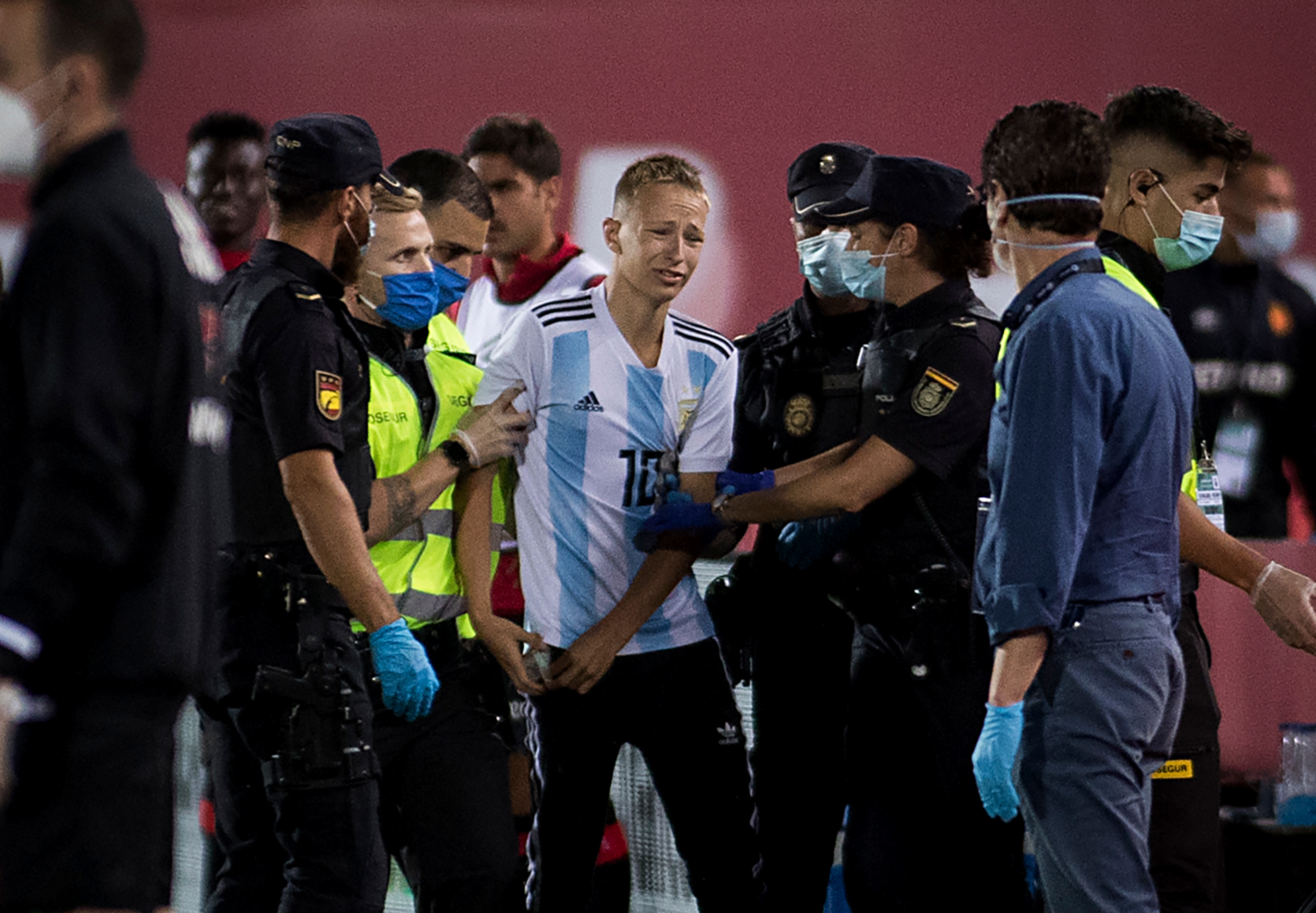 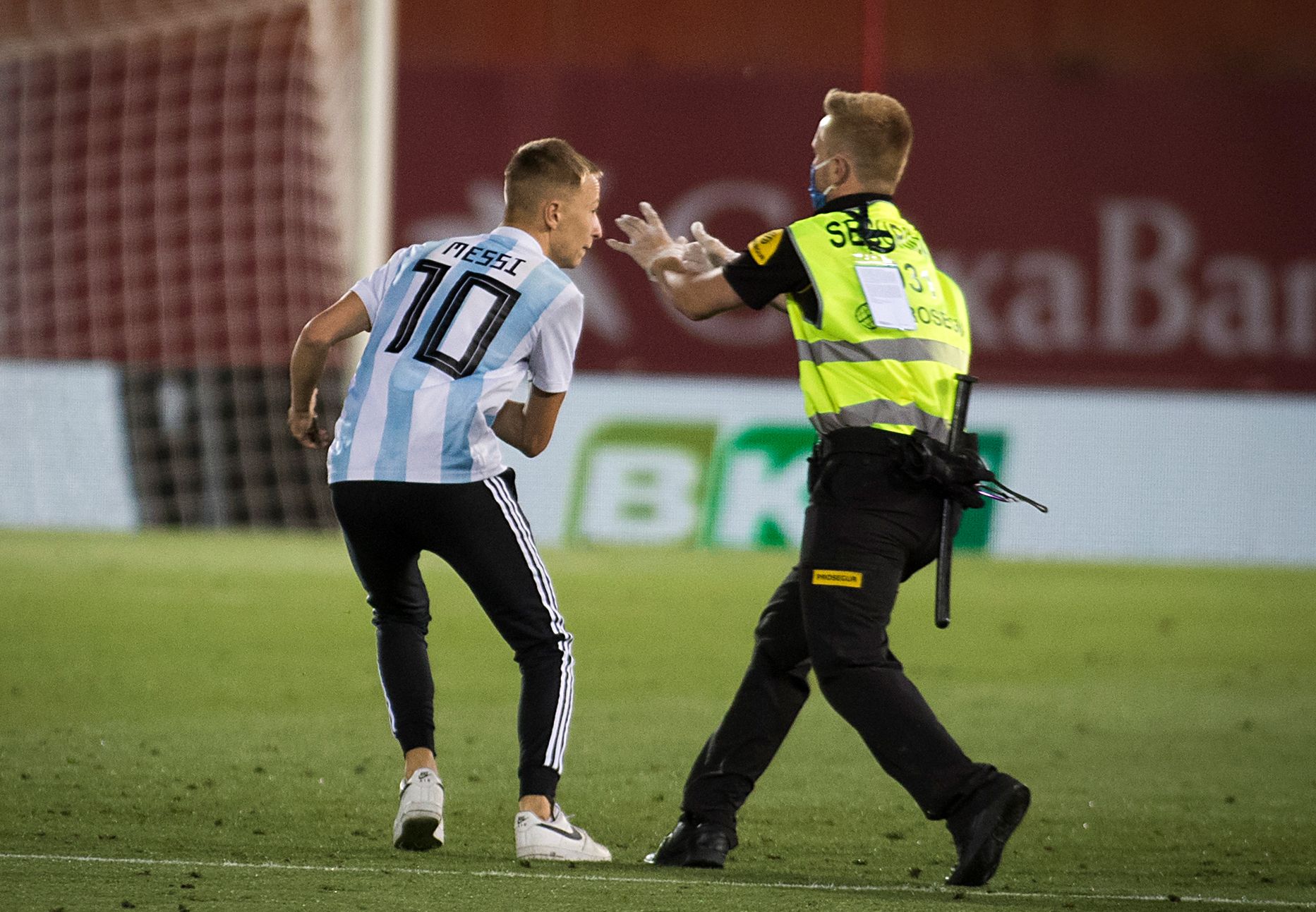 First coming across Barcelona left-back Jordi Alba, the youngster was eventually taken away by security guards and forced to delete the pictures he had taken.

In fact, he later revealed that he had planned to invade the pitch even before the coronavirus outbreak banned fans from stadiums.

In a post-invasion interview with COPE, he said: "I had planned it before the coronavirus.

"Messi is my idol. Before the game was postponed, my idea was to take a photo with Messi. My dream is to have a photo with him and meet him.

"But first I saw Jordi Alba and I took one with him.

"Later I went to Messi, but because of the virus, he did not want to take a photo.

"Then the police made me delete everything. The plan failed because of my nerves."

LaLiga have released a furious statement after the fan broke into the empty Estadi de Son Moix, ahead of a criminal investigation.

It read: "LaLiga will file the corresponding criminal actions on the grounds that the facts constitute a crime.

"Furthermore, LaLiga wants to express its absolute condemnation of this type of conduct that puts the health of others and the integrity of the competition at risk."

Despite the distraction, Barcelona powered to a 4-0 win in Mallorca.

Messi then set up Jordi Alba for the third in the second-half, and rounded off the scoring himself to seal a strong restart to their LaLiga title push.