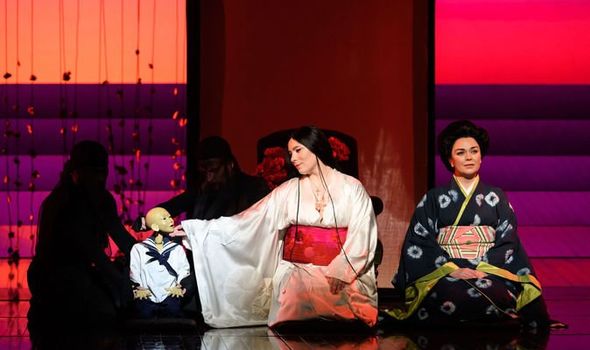 Madam Butterfly is one of the most frequently performed of all operas so it is difficult to make it special but this production is truly outstanding for several reasons.

First, there is the utter beauty of Michael Levine’s set designs which manage to be both understated in complexity and striking in appearance. In equally Japanese style, there is Minghella’s brilliant idea of incorporating puppeteers into the action. When Butterfly’s two-year-old son appears towards the end of the story, it poses huge problems for any director: having a child play the role never works – the child is always too old, while using a doll lacks impact. Mingella’s perfect solution is a puppet operated by three puppeteers cloaked in black, and the puppet’s movements are remarkably touching.

The tale of the 15-year-old Butterfly’s marriage to and subsequent abandonment by the dastardly US navy lieutenant Pinkerton also poses problems. Any soprano who can sing the title role necessarily looks too old, but Romaniw played the role with exquisite and totally convincing innocence and misplaced trust in Pinkerton’s promise to return. 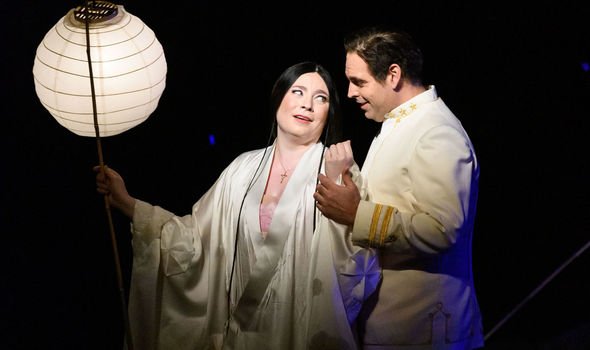 There is a beautiful scene when Butterfly, her maid Suzuki and her baby son are sitting up all night, awaiting Pinkerton’s arrival after his ship is seen entering the harbour. Puccini’s gloriously simple music was conducted by Martyn Brabbins in a way that brought out the utter hopelessness of Butterfly’s situation. Quite apart from having a beautiful singing voice, Romaniw’s silence and motionlessness during this scene conveyed a touching dignity that I have never seen done so well.

My one reservation was US tenor Dimitri Pittas in the part of Pinkerton. It is a difficult role as Pinkerton’s behaviour is so unforgiveable, but Pittas’s voice, while good and strong, seemed to be too loud throughout, especially in the first act. While the rest of the cast were displaying emotion by holding back, Pinkerton was shouting. A bit of volume control would not have gone amiss. 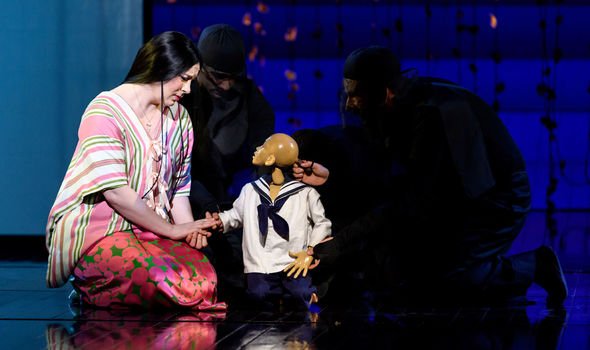 Thanks to Romaniw, Brabbins and especially the late Anthony Minghella, however, this was a thoroughly enjoyable and moving evening.