ANCHORAGE, Alaska, Feb 27 (Reuters) – The oil industry’s system for locating polar bear dens in the snowdrifts of Alaska’s North Slope failed more than half the time over a 12-year period, according to a study published on Thursday.

Risks to polar bears are among the concerns about expanded North Slope oil development, especially in the Arctic National Wildlife Refuge. State officials have been pushing to boost oil and gas production in Alaska after the Trump administration in 2017 passed legislation opening ANWR for drilling. 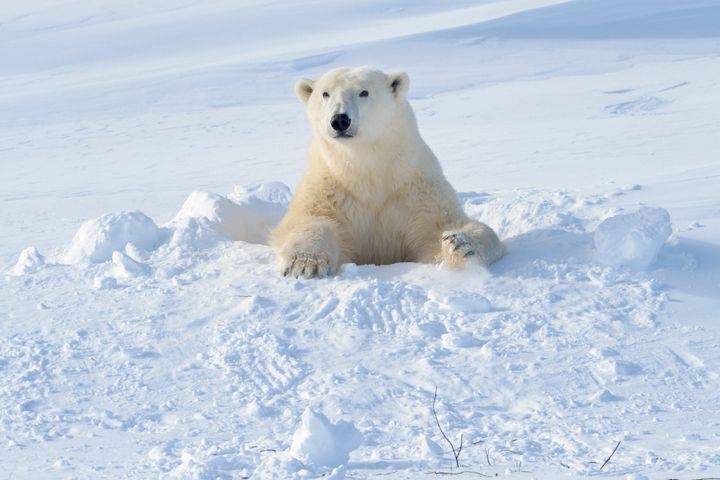 The study, published in the scientific journal PLOS ONE, evaluated the oil industry’s thermal-detection records compiled from 2004 to 2016. It compared those records with biologists’ on-the-ground records of sites where mother bears bedded down with newborn cubs during those same years.

The industry’s use of forward-looking infrared imagery (FLIR) located only 45% of the 33 polar bear dens in the study area, a 224-km (139 mi) stretch of Beaufort Sea coastline extending east and west of Prudhoe Bay, the research found.

FLIR studies are conducted by aircraft and are useful for finding the body heat produced by burrowing polar bears, but they have limitations, said Tom Smith, a professor at BrighamYoung University and the lead author of the study, depending on high winds and how deep bears dig their dens into snowdrifts.

As sea ice retreats, bears are spending more time on land. The refuge’s coastal plain has become a well-used area for mother bears to build dens to give birth to and nurse their cubs.

Smith said the warming climate is also causing winds and atmospheric moisture to increase on the North Slope, further hampering the ability to detect thermal signals. “More frequent wind events, more moisture in the air, these things are not going to be helping the situation at all” he said.

There have been no maulings by wild polar bears in Alaska since 1993, and none in the North Slope oil fields.

However, bears have caused temporary shutdowns of ice road operations in the past, and in 2011, a security guard accidentally shot and killed a polar bear that was roaming BP’s Endicott oil field.