ODION IGHALO'S incredible bonuses at Manchester United include an £8,000 goal reward, it can be revealed.

The Nigerian striker has been a revelation since joining the Red Devils on loan from Shanghai Shenhua in the January transfer window. 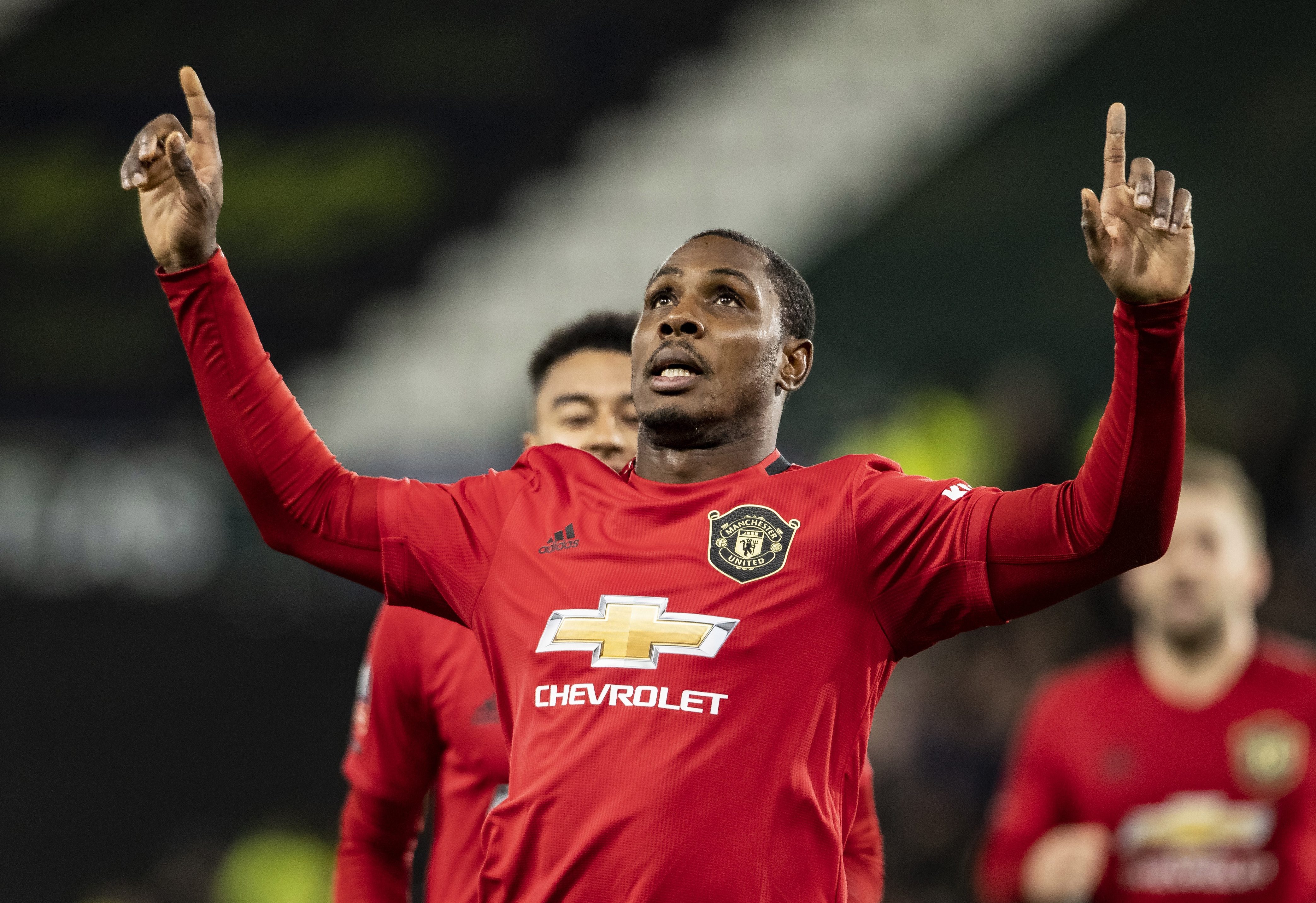 The 30-year-old has scored four times in eight appearances and has already become a huge hit at Old Trafford.

It is understood Ighalo took a 40 per cent pay-cut on his £300,000-a-week wages in China to make his dream switch happen.

But a number of incentives were added into the deal by United, and that includes goal bonuses of which he has bagged £32,000.

The ex-Watford forward also gets around £9k for every Premier League win United manage to secure with him in the squad.

He grabs £3,000 for a draw, but there is no bonus for a loss, which goes along with the other members of the team.

SunSport understands Ighalo will also get a hefty lump of cash for helping Ole Gunnar Solskjaer's side into the Champions League.

An Old Trafford source said: “He earns his basic pay but also gets bits added on top of that to keep him ticking over.

“That includes a win and draw bonus, goals and things like winning trophies and getting into the Champions League.”

In the past, United have paid around £15,000 for a goal to the likes of Alexis Sanchez and Zlatan Ibrahimovic.

Ighalo is fighting for his long-term future at United, with Solskjaer even hinting at a permanent move for him if his loan is successful.

SunSport previously revealed that the boyhood Red Devils fan will happily take a £6MILLION hit to turn his Old Trafford switch into a permanent one.

His Shanghai contract runs until New Year’s Eve 2021 but United do have the option to buy in the next window, under the terms of his loan deal.