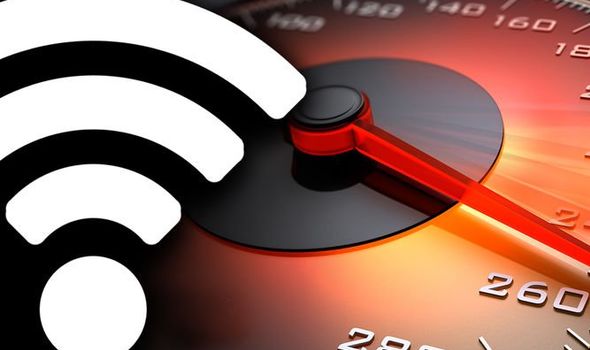 If your home is suffering from dismal download speeds, help could be on the way. Nokia and Vodafone have announced the results of an exciting new breakthrough internet technology that could transform how we access the web. The two firms, who have long-standing collaboration, have managed to beam files across a network at speeds of 100Gbps.

To put that into some sort of context, the fastest speeds currently available from companies such as Virgin Media and BT are around 1Gbps. That’s around 1,000Mbps. The UK’s average broadband speed, when it was last recorded last year, is a mere 60Mbps.

For maths fans, that’s a 166,566% increase in speed compared to the current average nationwide.

If this new technology was to roll out to homes tomorrow, it would allow you to download a feature-length film in full 1080p High Definition in the blink of an eye and a mammoth 50GB update for a PS5 game in three seconds. Compare that to the UK average where the same console download takes almost two hours and you can see why this upgrade will be so vital in the future.

Nokia and Vodafone say the latest speeds have been made possible thanks to something called Passive Optical Network (PON) technology which makes data transmission more efficient.

The trial, which took place in Vodafone’s Eschborn lab in Germany last week, is the latest milestone from Vodafone and Nokia to help accelerate the potential of fibre broadband. As the lockdown continues and more of us expected to work remotely in the future, the demand for broadband connectivity continues to grow exponentially in terms of the service types, number of connected devices and the bandwidth consumed.

It is essential that future fixed access networks have the capacity to absorb this growth. Once this tech is adopted, Vodafone and Nokia says the steps to 50GB and 100GB speeds are pretty straightforward although don’t expect it anytime soon with the firms saying it’s unlikely to become commercially available until the second half of the decade.

Speaking about the news Gavin Young, Vodafone’s Head of Fixed Access Centre of Excellence, said: “100G PON has 40 times the capacity of today’s GPON networks, and 10 times the capacity of XGS-GPON, so it will help us keep ahead of the demand curve. In addition to ultra-high speeds, the technology supports our vision of highly efficient and adaptable next-generation networks. 100G PON enables flexible rates, and works by grouping modems using a technique similar to the one we already use in our cable networks, so this experience can help us to better evaluate and exploit this new PON technology.”