Paul Romer was once Silicon Valley’s favourite economist. The theory that helped him win a Nobel Prize — that ideas are the turbocharged fuel of the modern economy — resonated deeply in the global capital of wealth-generating ideas. In the 1990s, Wired magazine called him “an economist for the technological age.” The Wall Street Journal said the tech industry treated him “like a rock star.” 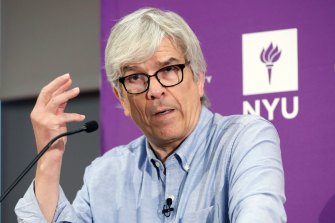 Paul Romer has become a fierce critic of the tech industry’s largest companies.Credit:AP

Today, Romer, 65, remains a believer in science and technology as engines of progress. But he has also become a fierce critic of the tech industry’s largest companies, saying that they stifle the flow of new ideas. He has championed new state taxes on the digital ads sold by companies like Facebook and Google, an idea that Maryland adopted this year.

And he is hard on economists, including himself, for long supplying the intellectual cover for hands-off policies and court rulings that have led to what he calls the “collapse of competition” in tech and other industries.

“Economists taught, ‘It’s the market. There’s nothing we can do,’” Romer said. “That’s really just so wrong.”

Romer’s current call for government activism, he said, reflects “a profound change in my thinking” in recent years. It also fits into a broader re-evaluation about the tech industry and government regulation among prominent economists.

They see markets — search, social networks, online advertising, e-commerce — not behaving according to free-market theory. Monopoly or oligopoly seems to be the order of the day.

The relentless rise of the digital giants, they say, requires new thinking and new rules. Some were members of the tech-friendly Obama administration. In congressional testimony and research reports, they are contributing ideas and credibility to policymakers who want to rein in the Big Tech companies.

Their policy recommendations vary. They include stronger enforcement, giving people more control over their data and new legislation. Many economists support the bill introduced this year by Senator Amy Klobuchar that would tighten curbs on mergers. The bill would effectively “overrule a number of faulty, pro-defendant Supreme Court cases,” Carl Shapiro, an economist at the University of California, Berkeley, and a member of the Council of Economic Advisers in the Obama administration, wrote in a recent presentation to the American Bar Association.

Some economists, notably Jason Furman, a Harvard professor, chair of the Council of Economic Advisers in the Obama administration and adviser to the British government on digital markets, recommend a new regulatory authority to enforce a code of conduct on Big Tech companies that would include fair access to their platforms for rivals, open technical standards and data mobility.

Thomas Philippon, an economist at New York University’s Stern School of Business, has estimated that monopolies in industries across the economy cost American households $US300 ($383) a month apiece.

“We’ve all changed because what’s really happened is an expansion of the evidence,” said Fiona Scott Morton, an official in the Justice Department’s antitrust division in the Obama administration, who is an economist at the Yale University School of Management.

Of all the economists now taking on Big Tech, though, Romer is perhaps the most unlikely. He earned his undergraduate and doctoral degrees from the University of Chicago, long the high church of free-market absolutism, whose ideology has guided antitrust court decisions for years.

Romer spent 21 years in the Bay Area, mostly as a professor first at Berkeley and then Stanford. While in California, he founded and sold an educational software company. In his research, Romer uses software as a tool for data exploration and discovery, and he has become an adept Python programmer. 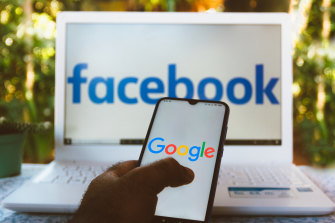 Romer has become a fierce critic of the tech industry’s largest companies, saying that they stifle the flow of new ideas.Credit:Getty

“I enjoy the solitary exercise of building things with code,” he said.

His son, Geoffrey, is a software engineer at Google. His wife, Caroline Weber, author of Proust’s Duchess, a finalist for the Pulitzer Prize in biography, and a professor at Barnard College, is a friend of her Harvard classmate Sheryl Sandberg, Facebook’s chief operating officer. Romer has never consulted for the Big Tech companies, but he has friends and former professional colleagues there.

“People I like are frequently unhappy with me,” he said.

Romer, who joined the faculty of New York University a decade ago, said that preparing for his Nobel lecture in 2018 prompted him to think about the “progress gap” in America. Progress, he explained, is not just a matter of economic growth but should also be seen in measures of individual and social well-being.

In the Big Tech debate, Romer notes the influence of progressives like Lina Khan, an antitrust scholar at Columbia Law School and a Democratic nominee to the Federal Trade Commission, who see market power itself as a danger and look at its impact on workers, suppliers and communities.

That social welfare perspective is a wider lens that appeals to Romer and others.

“I’m totally on board with Paul on this,” said Rebecca Henderson, an economist and professor at the Harvard Business School. “We have a much broader problem than one that falls within the confines of current antitrust law.”

Romer’s specific contribution is a proposal for a progressive tax on digital ads that would apply mainly to the largest internet companies supported by advertising. Its premise is that social networks like Facebook and Google’s YouTube rely on keeping people on their sites as long as possible by targeting them with attention-grabbing ads and content — a business model that inherently amplifies disinformation, hate speech and polarising political messages.

So that digital ad revenue, Romer insists, is fair game for taxation. He would like to see the tax nudge the companies away from targeted ads toward a subscription model. But at the least, he said, it would give governments needed tax revenue.

In February, Maryland became the first state to pass legislation that embodies Romer’s digital ad tax concept. Other states including Connecticut and Indiana are considering similar proposals. Industry groups have filed a court challenge to the Maryland law asserting it is an illegal overreach by the state.

Romer says the tax is an economic tool with a political goal.

“I really do think the much bigger issue we’re facing is the preservation of democracy,” he said. “This goes way beyond efficiency.”

Start the day with major stories, exclusive coverage and expert opinion from our leading business journalists delivered to your inbox. Sign up here.

Most Viewed in Technology