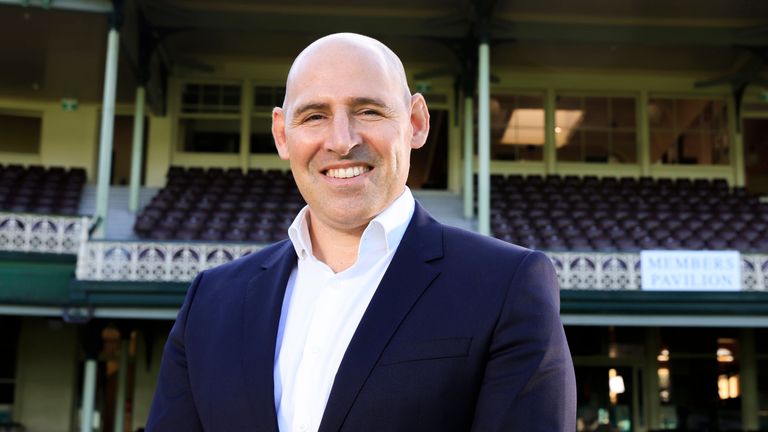 Nick Hockley has become the first Englishman to head up Cricket Australia (CA).

Cricket Australia announced it had made Hockley’s interim appointment as chief executive officer permanent on Monday.

He had been serving in the role since last June, having previously held roles leading the T20 World Cup 2020 Local Organising Committee, and at the 2015 Cricket World Cup and London 2012 Olympic and Paralympic Games.

Earl Eddings, CA chair, said: “Only 14 people have served as CEO or secretary of Australia’s national cricket body, and just 12 since the then-Australian Board of Control for International Cricket was formally established 116 years ago.

“I firmly believe Nick will be regarded among the very best of them and carry on their legacy of ensuring cricket is a sport for all Australians.” Australian cricketers, including former captain Steve Smith and David Warner, have been released from hotel quarantine in Sydney after being evacuated from India amid a surge of coronavirus cases.

Fast bowlers Pat Cummins and Jason Behrendorff were also among players released after a two-week quarantine following their return home in the wake of the suspension of the IPL.

“It’s always tough being stuck somewhere, but knowing we’re able to get home was a relief, and now we’re out of quarantine, I can’t wait to get home and see my family,” Behrendorff told Australian media.

An Australian IPL contingent of 38 players, coaches, officials and commentators were forced to take charter planes to Sri Lanka and the Maldives after the government placed a temporary ban on travellers from India due to the worsening health crisis in the Asian nation.

The ban was lifted two weeks ago.

Cummins, Smith, Warner and Behrendorff will have only a few weeks to rest before heading off for the white-ball tour of West Indies which starts July 9.

The remaining matches of the IPL will be completed in the United Arab Emirates in September and October, the Indian Cricket Board said over the weekend.

Cricket Australia have yet to endorse Australian players’ return to the IPL, which precedes the Twenty20 World Cup in India and a big home summer featuring the five-Test Ashes series and a one-off Test against Afghanistan.

The IPL could provide players with a good warm-up for the T20 World Cup but would also mean a prolonged and taxing stint in bio-secure bubbles.

“Once…we get back together as a group, that’s something that obviously well need to discuss,” said Cricket Australia chief executive Nick Hockley added.