Scientists are trying to save’s England’s dwindling glow worm population by introducing them into a preserved fragment of their natural habitat in Devon.

Populations of the common glow worm – which is actually not a worm but a beetle – have fallen by around three quarters since the start of the century.

Hotter and drier weather conditions mean glow worms have less of their prey – slugs and snails, which prefer damper conditions – to feed on.

Harsher council measures over cutting down bushes and clearing hedges have also left the unique creature with less of its natural habitat to be able to survive.

As a result, a team of two ecologists have set aside a patch of ancient water meadow to release glow worms back into the wild.

The Keep It Wild project, which is currently being crowdfunded online, may also lead to other threatened species being preserved at the location. 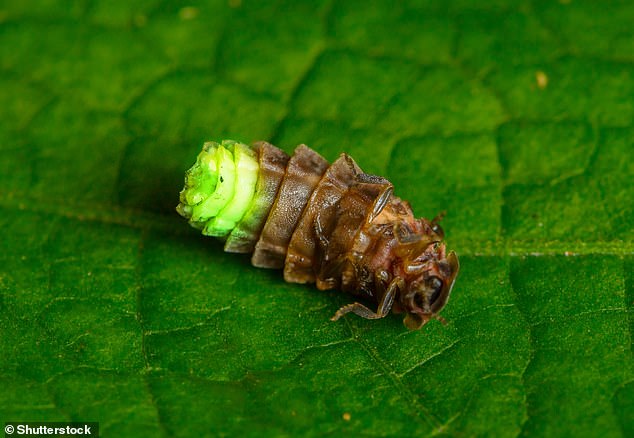 The beetle is well-known for its glowing behind, but this treasured species is becoming a rarer sight in rural England

‘We are making a brand new nature reserve and is a site of interest for rewilding projects,’ Dr Rob Thomas, a senior lecturer in biosciences at Cardiff University, told the Telegraph.

Derek Gow, a freelance ecologist also working on the project, is breeding larvae in old butter tubs for release into Tamarstone Meadow on the Devon-Cornwall border.

He hopes to release at least 500 of the tiny beetles per site within two years, once they’re ready. 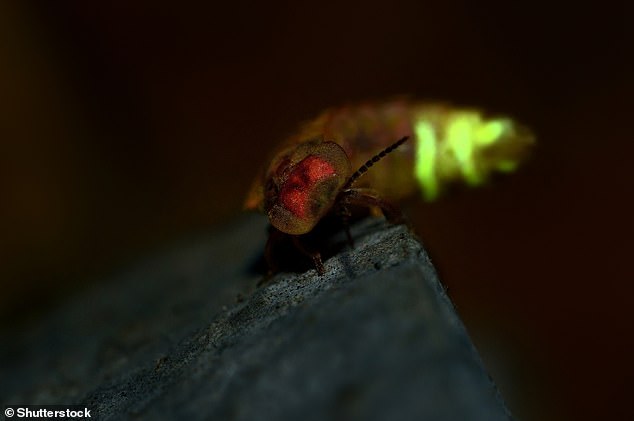 A female Lampyris noctiluca, better known as a glow worm, in the night. The female is similar in appearance to the larva, but is unmistakable when she lights up at night

Keep it Wild Trust will make up for a variety of damaging practices that have seen glow worm populations plummet in England in less than 20 years.

According to a study published in Insect Conservation and Diversity earlier this year, glow worm numbers have fallen 75 per cent since 2001, due in part to hacking away of unmanaged vegetation under council orders, as well as other factors.

Gow has previously attributed declines to pesticides and the ‘myopic mindset of bored men with big machines and no care’.

‘The idea is to explore the possibility of restoring this insect to environments where it has been lost,’ he told the Times.

Glow worms famously have bioluminescence – the emission of yellowish-green light from their translucent backside.

The legendary nightly glow of a female glow worm, best observed in grasslands throughout June and July, helps attract mates.

The curious creature climbs up plant stems and glows in order to attract the males, who have large, photosensitive eyes for scanning vegetation at night. 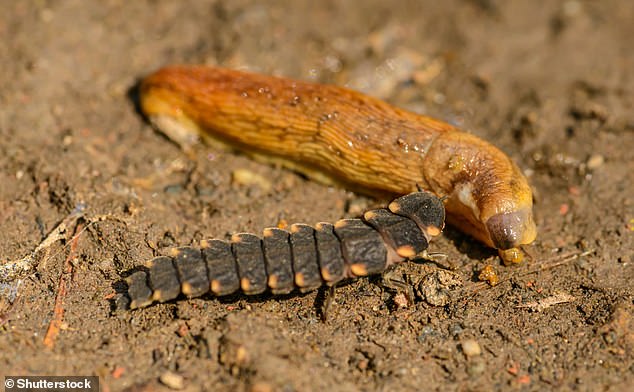 Larva of common glow-worm (Lampyris noctiluca) feeding on a slug in the wild. The larvae of Glow-worms are predators, feeding on slugs and snails. They kill their prey by delivering a series of toxic bites, injecting digestive proteins that paralyse and eventually dissolve the soft body of the slug or snail

The larvae of glow-worms, which also emit a stunning display of light, are predators, feeding on slugs and snails.

They kill their prey by delivering a series of toxic bites, injecting digestive proteins that paralyse and eventually dissolve the soft body of the slug or snail.

While the Glow-worm is waiting for this process to happen, it might get a cheeky ride on the snail’s back, keeping away from the sticky mucus it produces.

A greater abundance of glow worms would therefore be a good thing for British crops, according to Dr Thomas.

‘It’s a surprising diet in a way as they eat slugs and snails so they perform a useful ecological function,’ he said.

‘Having these predatory invertebrates around is a way of keeping pest insect species under control.’ 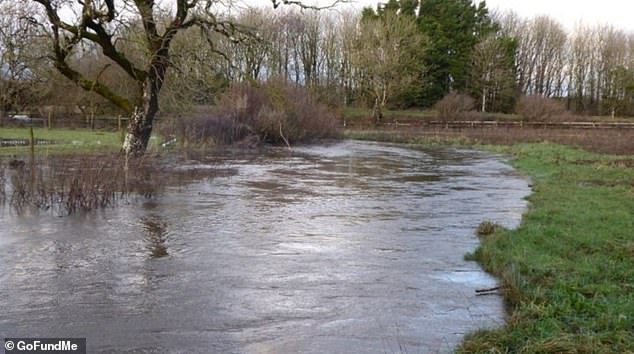 This Tamarstone watermeadow on the Devon-Cornwall border, which is being preserved for glow worms and possibly other species in the future

The Tamarstone Meadow in North Devon is a tiny fragment of a habitat that was once much more widespread in the UK.

The ancient water meadow was saved by a crowd-funding project in the autumn of 2019 and is now run by the Keep It Wild Trust.

As well as acting as a home for multiple species, the Trust’s work will also help improve the access to the preserved sanctuary for visitors.

The team are eyeing another site in Kingston in south London.

Artificial light pollution is also threatening the survival of fireflies 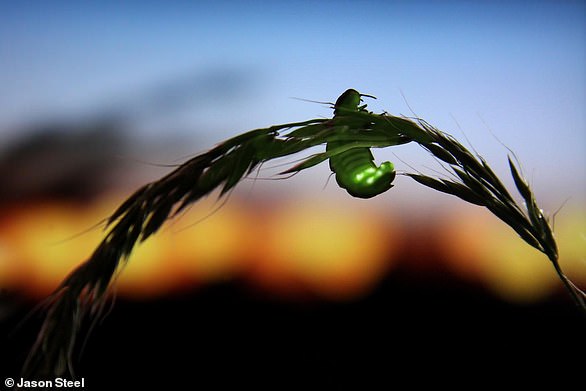 A female glow-worm (Lampyris noctiluca) will shine for hours to attract her mate, yet brightening skies will dim her prospects

Artificial light pollution is threatening the survival of fireflies, or bugs of the Lampyridae family, of which the glow worm is a part.

Light pollution, particularly in areas with brighter LED bulbs, were disrupting mating displays and encounters,  according to one study.

Artificial light at night has grown exponentially during the last century, according to one of the study authors, Avalon Owens from Tufts University in Massachusetts.

‘In addition to disrupting natural biorhythms – including our own – light pollution really messes up firefly mating rituals,’ said Owens.

Researchers also found that habitat loss and pesticides were having an impact on the population number of fireflies around the world.