Sharpwin fans, it happened. Max and Helen finally shared a kiss in the ‘New Amsterdam’ season 3 finale, and it was perfect. Ryan Eggold and Freema Agyeman spoke with HL about this game-changing moment.

It was the moment New Amsterdam fans have been waiting years to see: Max and Helen kissed in the final moments of the season 3 finale. After seasons of build-up, Max and Helen finally faced their feelings for each other. Max walked Helen to her door, and there was a moment he could have walked inside. He decided to walk away instead. On his way home, Max decided to turn back. He went right up to Helen’s door and kissed her. SWOON.

Ahead of the finale, HollywoodLife spoke with Ryan Eggold and Freema Agyeman, along with another reporter, about the scene that literally changes everything for Sharpwin fans. “It was fantastic for me. I asked if we could make the kiss longer, and then I also asked if we could do it in a few scenes,” Ryan said. “Like, maybe the audience doesn’t get it from one scene, so maybe we should have six or seven scenes where they’re just kissing. They did not go for that. I was really excited to get to that turning point in the story just because it has been so much fun to play with Freema over the years. I love working with her so much, and I just love whatever this thing is between Max and Sharpe that has been sort of indefinable, some sort of gray area between friends and colleagues and something more, and that tension has been building. I think when you build that tension forever and ever and ever and in season 10 you don’t know what’s happening, it becomes frustrating. I think the story is turning at the moment that it feels like it should and it was a lot of fun to shoot.” 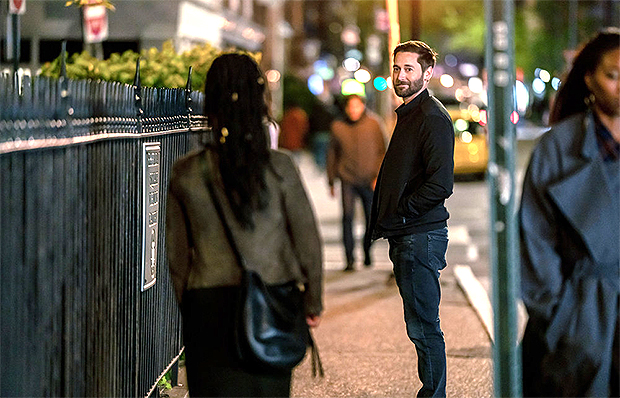 Before he went back to Helen’s place, you could see Max was torn about what to do regarding his future with her. HollywoodLife asked Ryan what was going through Max’s head as he made the decision to finally take this chance with Sharpwin.

“I think a lot of things,” Ryan said. “I think regret and just self-questioning in the sense of he’s had this lovely walk home with this woman that he’s clearly in love with and gets to the door and can come in or not and just is afraid, as we all get in different moments, especially if we care about somebody. [He] decides to play it safe and be a professional and be a nice guy and just leave it alone and not go for it, not take the risk and just leave it alone and go. And then he’s standing there looking at his past, as Freema was talking about, this history and just asking like, ‘Am I gonna stay stuck in this moment of playing it safe and hanging on to what was and not moving forward, not taking a risk? Or dammit, am I gonna go kiss this woman?’ And he turns around and runs towards it. Because it’s past time. I think he’s wanted to do that for a long time and wasn’t able to for a number of reasons, including his own self-limitation and things. I think it was just finally the decision to go for it and do something you’ve wanted to do for a long time.”

At that same moment, Max decided to take his wedding ring off. Earlier in the episode, he lost the ring at the hospital and went to great lengths to find it. Ryan and Freema spoke about the significance of Max taking the ring off and how it’s Max’s way of moving forward after Georgia. 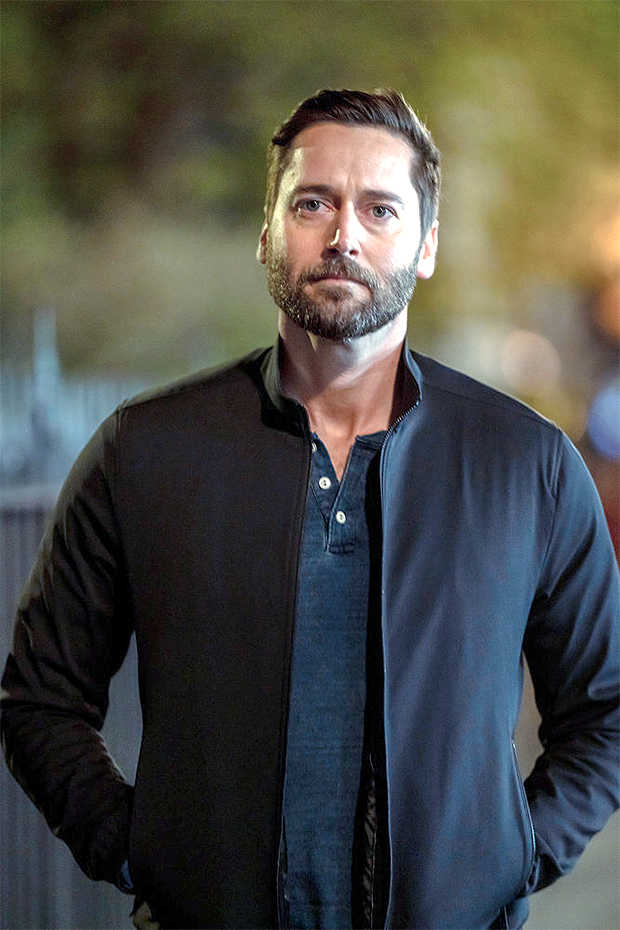 “For Max, I think it’s hard,” Ryan told HollywoodLife and another reporter. “I’ve never been married myself, but I’ve been in relationships and I think you become accustomed to so much of the lifestyle or ritual or normalcy of the things that you get used to around that. So I think certainly with your wife and having a kid with this person, even though this person is gone, there’s a deep imprint on your soul, on your every day, on when you wake up, on how you see things. Even when you lose that person, I think there’s so much contending with who you are without this person now, and I think that ring has been this hanging on to the way it was and a sense of comfort and all these things. So I think to now step out and try to move on I think is something that Georgia, his wife who loved him, would have wanted for him. Not to stay stuck in this shadow of this relationship, but to move forward. I think it’s the right step for him. I think ultimately it’s the only way he can be happy — [for] any of us be happy — is to move forward. So I think it’s time for him to do that, and I think it’s exciting to see him do that.”

Freema added, “And to that point, actually, I would add that our past makes up so much of who we are, right? I think even if you have been in any relationship, regardless of losing that person through death, that person might not be in your life anymore, but they have informed it in so many ways. So I think any new relationship we all encounter it’s not starting from a brand-new plain piece of paper. There’s already text and script on there, and I think that our past very much is part of who we are. But we do have to find a way to metabolize that and also not have it prevent us from moving forward. So I think their relationship will be very much I would hope… Knowing our writers, I don’t think you can completely forget what that person went through and what the person they lost meant to them. All that there has to still play a part, but they have to navigate some new landscape maybe together.” New Amsterdam will return for season 4 on NBC.