A U.S. Marine from Oregon who made the ultimate sacrifice in Iraq in 2003 will be honored Sunday when NASCAR holds the Coca-Cola 600 race in Charlotte, North Carolina.

The Memorial Day weekend race is one of NASCAR’s signature events and annually pays tribute to America’s fallen service members.

This year one of the honorees will be the late Marine Corps 1st Lt. Frederick Pokorney, who graduated from Oregon State University and whose survivors include a daughter, Taylor Pokorney. 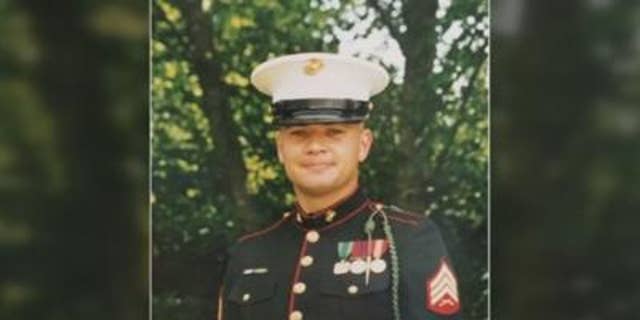 Marine Corps 1st Lt. Frederick Pokorney of Oregon was killed in Iraq in 2003.

Although her father died 18 years ago, he remains a daily inspiration for her, Taylor told FOX 12.

“His death kind of had an impact on me and inspired me to do the things that I do today,” she said.

Taylor went on to attend Oregon State, just like her father, she added.

Sunday’s tribute will include having Pokorney’s name appear on the windshield of the car driven by NASCAR defending champion Chase Elliot, according to FOX 12.

“I’m excited not only that his name gets to be put up on this stage as well,” daughter Taylor said, “but that a lot of other people who have given their lives as well. That means the most to me because I want people to honor our veterans more. So that’s super exciting for me.” 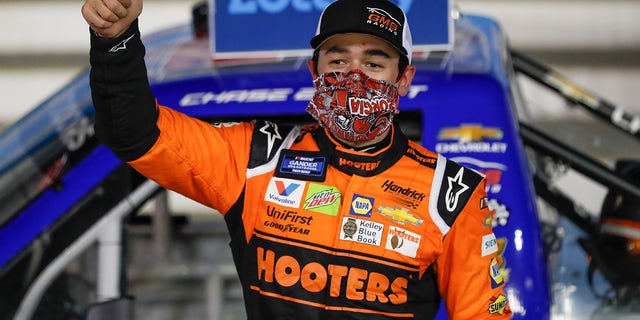 Taylor has worked over the years to pay tribute to her father, including organizing 5K and 10K running events for the Intrepid Fallen Heroes Fund, which helps the families of fallen service members pay for funerals and other expenses, the Albany (Oregon) Democrat-Herald reported in 2018.

The fund’s logo was inspired by Taylor and her mother, Chelle, visiting Arlington National Cemetery to visit her father’s grave, the newspaper reported. It shows a mother and daughter walking among the grave markers at Arlington.

The weekend of the 2021 NASCAR Coca-Cola 600 includes qualifying racing starting at 11 a.m. ET Saturday, broadcast on FS1, with the featured race starting at 6 p.m. ET Sunday on FOX.

The pre-race show will feature several moments honoring America’s fallen heroes. These include a remote “State of Freedom” address from Adm. Karl Schultz, commandant of the U.S. Coast Guard; an invocation by Brian Koyn, division chaplain at 82nd Airborne Division, U.S. Army; and the singing of the national anthem by MU1 Megan Weikleenget, U.S. Coast Guard.