Japan’s Hayabusa2 spacecraft made history in April last year after firing a bomb at Asteroid Ryugu, in an ambitious attempt to collect a sample of the space rock. But a much more violent asteroid rendezvous is being prepared by NASA.

The US space agency is planning the DART mission, where a space probe will be blasted on a suicide mission into an asteroid, testing the last line of planetary defence.

Asteroids of all sizes have been pummelling Earth for billions of years.

NASA estimates our planet is bombarded with more than 100 tons of dust and sand-sized particles every day.

But only once every few million years, an object large enough to threaten life on Earth arrives. 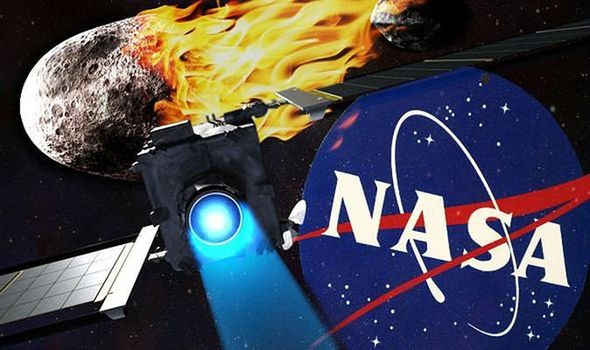 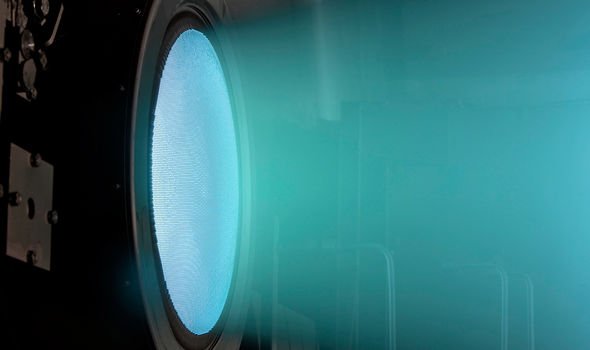 He said: “For us this is an exciting first data point to compare with simulations, but we have a much larger impact to look forward to in future, as part of the forthcoming double-spacecraft Asteroid Impact & Deflection Assessment (AIDA) mission.

“In late 2022 the US Double Asteroid Redirect Test or DART spacecraft will crash into the smaller of the two Didymos asteroids.

“As with Hayabusa2’s SCI test it should form a very distinct crater and expose subsurface material in an even lower gravity environment, but its main purpose is to actually divert the orbit of the 160 m diameter ‘Didymoon’ asteroid in a measurable way.”

Smashing into an asteroid five times smaller with a spacecraft more than 200 times larger and moving three times faster should create sufficient impact energy to deflect the asteroid in the first such experiment for planetary defence. 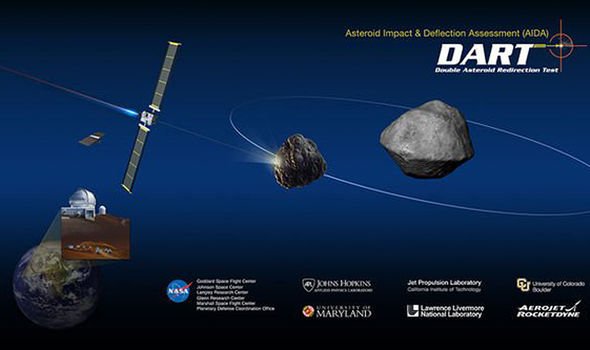 A proposed European Space Agency (ESA) mission called Hera would then visit Didymos to study the diverted asteroid, measure its mass and perform high-resolution mapping of the resulting impact crater.

“These scaling laws are also crucial on a practical basis, because they underpin how our calculations estimating the efficiency of asteroid deflection are made, taking account the properties of the asteroid material as well as the impact velocity involved. 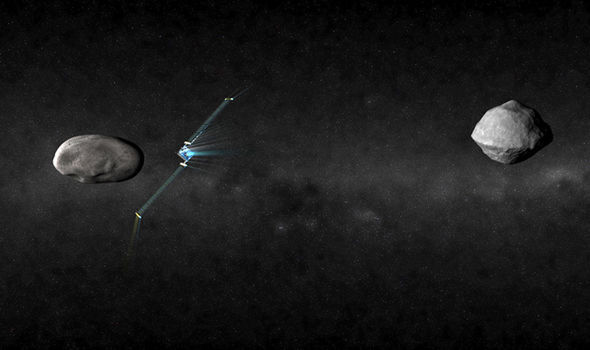 “This is why Hera is so important; not only will we have DART’s full-scale test of asteroid deflection in space, but also Hera’s detailed follow-up survey to discover Didymoon’s composition and structure.

“Hera will also record the precise shape of the DART crater, right down to centimetre scale.

“So, building on this Hayabusa2 impact experiment, DART and Hera between them will go on to close the gap in asteroid deflection techniques, bringing us to a point where such a method might be used for real.”

Didymoon will easily be the smallest asteroid ever explored, meaning the space rock will provide insights into the cohesion of material in an environment of negligible gravity – more than a million times weaker than Earth’s.