But a new Australian report has painted a starkly different picture: camera departments in this country are havens for sexual harassment, bullying and poor mental health. Personnel have to deal with sexism, racism and discrimination about sexuality, age and disability, both from within their own team and from elsewhere on film crews. 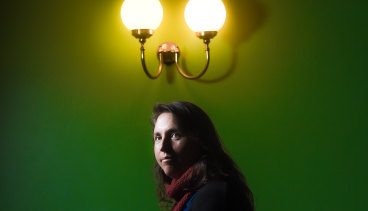 Even after the #MeToo movement swept through Hollywood and sent producer Harvey Weinstein to jail, anonymous responses from more than 600 camera professionals showed sexual harassment and abuse were “routine” here in the 12 months before COVID-19 suspended filming in early 2020.

One woman reported that an executive producer invited her to stay at his house, a lead actor put his hand up her skirt and groped her in a taxi, and a camera operator repeatedly suggested they sleep together. Another said that women’s bodies had been rated on set.

A third woman reported that after being persistently sexually harassed by a crew member she was drugged and raped while on location.

The report’s lead author, Dr Amanda Coles from Deakin University, said, “My jaw hit the floor” when she discovered how toxic the working environment was for camera crews.

“Camera departments are hyper-masculinised environments,” she said. “It’s time to stand up and be extremely clear about what’s not acceptable.”

While actors, screenwriters, directors and producers were the glamorous side of the industry, Coles said crew members were largely blue-collar workers with specialised skills who were vulnerable because they faced precarious freelance work, and informal networks decided who was hired.

“It’s a breeding ground for bullying, harassment and discrimination,” she said.

The Australian Cinematographers Society commissioned the research on “camera workforce development and diversity”, focusing on cinematographers and other members of their team, including camera operators, focus pullers, clapper loaders and personnel who use Steadicams, underwater cameras and drones. 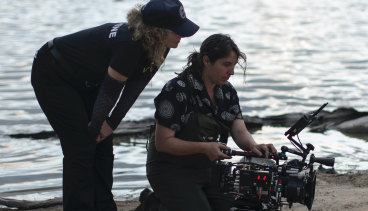 The higher the budget, the less likely a woman would be director of photography.

The report comes as the country’s cinematographers have been excelling internationally. At the Oscars this year, Wegner became just the second woman to be nominated for best cinematography and Greig Fraser won for Dune. 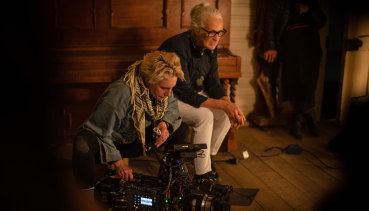 But the report suggests the reality of the industry is much more fraught.

All directors of photography experienced chronic unemployment and insecurity of income, with women being paid less and having shorter careers than men.

Survey responses include that “horrendous work conditions and underpay are standard”, “people in film are so cut-throat … I’ve had multiple friends kill themselves” and “this industry is quick to abandon those who need help”.

An overwhelming number of crew who were women or from a minority group – Indigenous, LGBTIQ+, non-European, gender non-binary/trans or those with a disability – feared that reporting bullying, harassment or discrimination would negatively affect their career.

Cinematographer Bonnie Elliott (Stateless, The Hunting, Palm Beach) said she was shocked by the report given she considered the industry less “blokey” than when she started as a clapper loader more than 20 years ago.

While she felt fortunate not to have experienced sexual harassment or bullying, Elliott recognised that major international productions could be difficult workplaces and hierarchies on film sets could easily contribute to abuses of power, “where people’s behaviour doesn’t get questioned or called out because they’re above you”.

Coles said first steps to improving the industry for camera crews would be Screen Australia including cinematographers in its push for more gender equality and the federal government putting working conditions and safety “at the centre of the agenda for creative industries”.