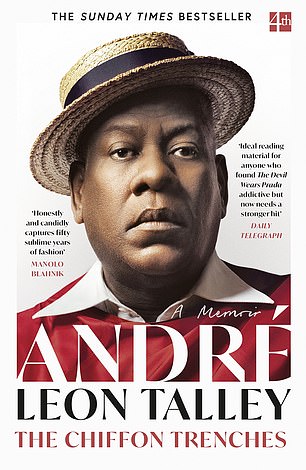 ‘I always wanted love,’ is the poignant final sentence of André Leon Talley’s memoir. Billed as his ‘revenge’ on Dame Anna Wintour, the editor of American Vogue, for dispensing with his services, the book is as colourful and dramatic as Leon Talley’s legendary capes and kaftans.

His early brilliance and determination are remarkable: the obsession with copies of Vogue devoured in the local library, the scholarship to Brown University, and the meeting with Diana Vreeland, the sacred monster of fashion, that provided his entry into a world of glamour, celebrity and friendship with Karl Lagerfeld (until Karl dropped him).

If it was love that he wanted, you can’t help feeling that high fashion wasn’t the best place to find it. Still, what a lot of fun he had along the way.

In a school playground in Wales in 1976, three girls swear eternal friendship on a Curly Wurly wrapper.

Ten years later, now 18 and still close friends, Lana Lloyd, Catrin Kelly and Judith Harris have finished school and are heading for a month’s island-hopping in Greece before going on to university.

What happens during their holiday will change the course of all their lives.

Over the decades to come there will be marriages, children and professional success but also misunderstandings and agonising grief. Although life will test their friendship, the bond that Lana, Catrin and Judith made as little girls is never quite broken.

The second novel by best-selling author Ruth Jones, the co-writer and star of Gavin & Stacey, is a warm and uplifting celebration of the power of female friendship. 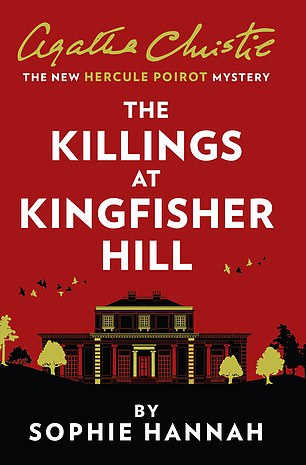 THE KILLINGS AT KINGFISHER HILL

In 1931, Hercule Poirot and his friend and colleague, Inspector Edward Catchpool, are travelling by coach to Kingfisher Hill, a grand estate near Haslemere.

Kingfisher Hill is the home of the Devonport family, and the scene of a recent tragedy that is the reason for Poirot and Catchpool’s visit. They have been summoned by Richard Devonport, whose elder brother, Frank, was murdered the previous December.

Richard’s fiancée, Helen, immediately confessed to the crime and has been convicted and sentenced to be hanged.

Among Poirot and Catchpool’s fellow passengers is a young woman convinced that she is about to be murdered.