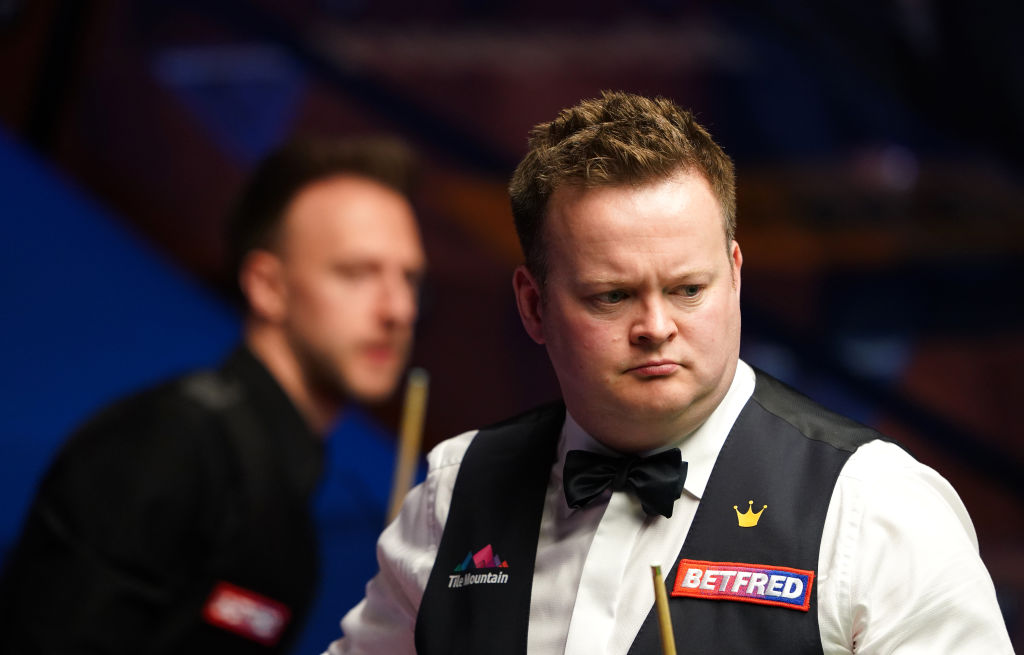 Shaun Murphy felt like Rocky Balboa as he took a pummelling from Judd Trump in the final session of their World Championship quarter-final, before he pulled off the stunning upset over the world number one.

The Magician conjured up an immense 13-11 win over the 2019 world champion, securing a spot in the semi-finals where he will play Kyren Wilson.

Murphy took a 10-6 lead after a superb second session and put himself in the driver’s seat in the match, but then faced a spell of punishment from Trump.

The momentum was all with the world number one and he was suddenly favourite again, but Murphy put the brakes on with breaks of his own, making efforts of 70 and 62 to get over the line.

The 38-year-old admitted he was struggling with the onslaught that Trump was producing, but was obviously delighted to survive it and thrive.

‘I feel like in Rocky IV where he just gets completely pummelled by the Russian for an hour?’ Murphy told the BBC.

‘Did you see some of those shots he kicked off with tonight? It was ridiculous! They kept going in.

‘I sat there in my seat thinking, “I’ve seen all this before, I’ve made comebacks like that.” I just dug in and when I eventually got my chance…I just dug in.

‘It’s horrendous, it’s the worst place in the world to be. We go on about how much we love coming to the Crucible but 90 per cent of my last two hours were horrific, I’d rather be sat anywhere else than there.

‘The more momentum he gets the louder his supporters get, the crowd get more vociferous and I’m just thinking I just want to go home.

‘I’m thrilled that when I did get my chance that I did stand up there and make it count.

‘Some of the shots that Judd was playing were unbelievable.’

Murphy takes on Kyren Wilson over three days of the semi-finals with the winner taking on either Stuart Bingham or Mark Selby in the final on Sunday and Monday.