Darvaza Crater: Origins of 'Gates of Hell' discussed by experts

The Cold War saw US-USSR tensions reach unimaginable heights as the pair battled it out to become the ultimate global superpower. Beginning under Joseph Stalin, the Soviets attempted to prove the superiority of the socialist system by the creation of gigantic industrial complexes, huge farms, colossal buildings, and enormous statues. But located in Darvaza, Turkmenistan, is the remains of a huge man-made sinkhole, dubbed the “Gates to Hell,” that has been leaking burning methane for decades.

It is said to have been intentionally set alight by Soviet authorities, hoping it would burn off in a matter of weeks, but details of the “top secret” project remain scarce.

Explorer George Kourounis, who visited the crater in 2013, told BBC Reel: “It looks like the kind of spot where Satan himself should jump out with a pitchfork and the whole works.

“One of the most appealing and frustrating things about this crater is there really isn’t a whole lot of information about it.

“Even while I was in the country, I met with two local Turkmen geologists and it’s hard to get the story straight on exactly what happened. 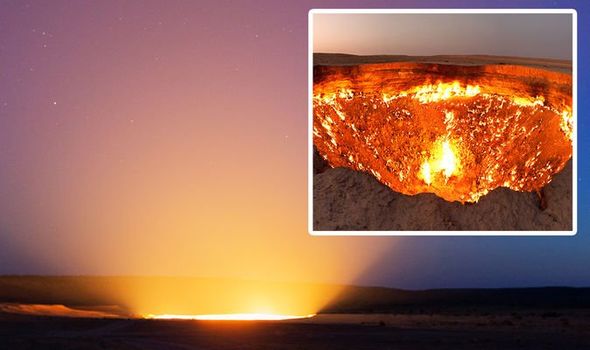 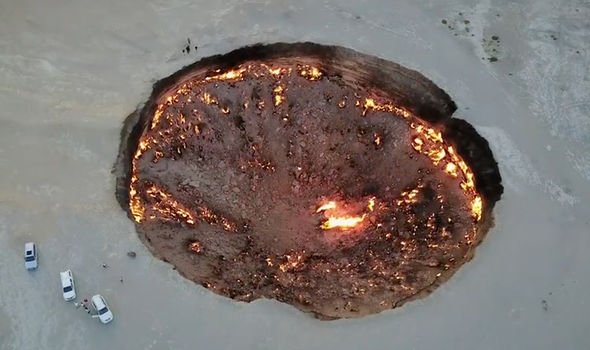 “If you research on the internet, you’ll hear that the crater formed in 1971 and was lit almost immediately by Soviet geologist.

“But the geologists in Turkmenistan tell a different story – they say that the crater actually formed in the late Sixties and was gurgling with gas and mud for quite a few years until it was ignited in the Eighties.”

Mr Kourounis has spent years trying to get hold of official documents on the project but has hit a wall time and time again.

And Historian Dr Jeronim Perovic believes he knows why.

He said: “It’s really clouded in mystery and it is also a reflection of how they worked in Soviet times. 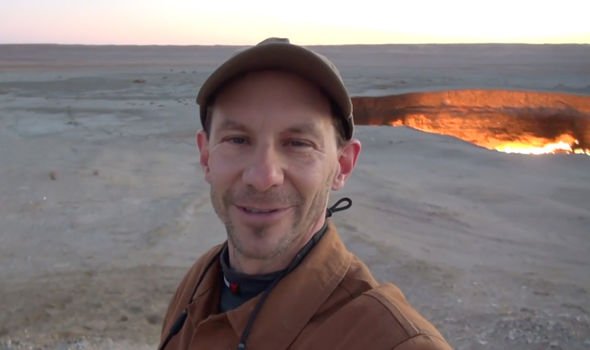 “It seems that really nobody was interested in making this a big deal because at that time your reported successes, not failures.

“So if people on the ground – locals – did something wrong, nobody was interested in that being reported. It was in a faraway desert and the impact was mineral.

“Another thing you have to have in mind is that everything related to gas, oil, and natural resources during the Soviet times was considered strategic and top secret.

“So even now, if you’re doing energy history, a lot of these documents are simply classified.”

It is thought that Soviet scientists intentionally set the sinkhole alight to prevent the spread of methane gas – which leaks from the ground naturally to produce the cleanest burning fossil fuel. 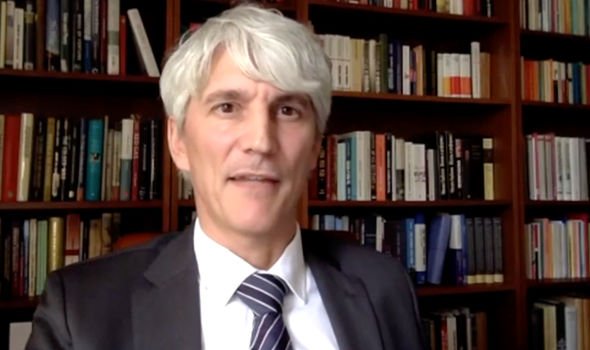 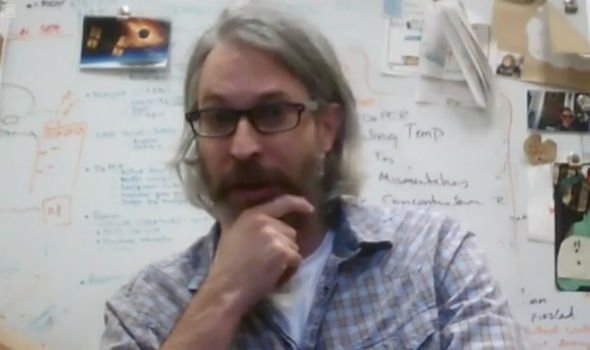 Coal and oil, the other fossil fuels, are more chemically complicated than natural gas, and when combusted, release a variety of potentially harmful air pollutants.

Microbiologist Dr Stefan Green explained why the researchers may have chosen the lesser of two evils.

He said in November: “Having an uncontrolled release of methane is a really terrible idea, it’s just incredibly dangerous.

“If you’re constantly burning it off, then it’s not accumulating into a particular area, otherwise every once in a while, it would’ve just created a huge explosion.

“From an environmental perspective, even though it’s terrible – it’s an uncontrolled release of greenhouse gas into the atmosphere.

“But, that being said, it’s much better to release carbon dioxide rather than methane into the atmosphere.”