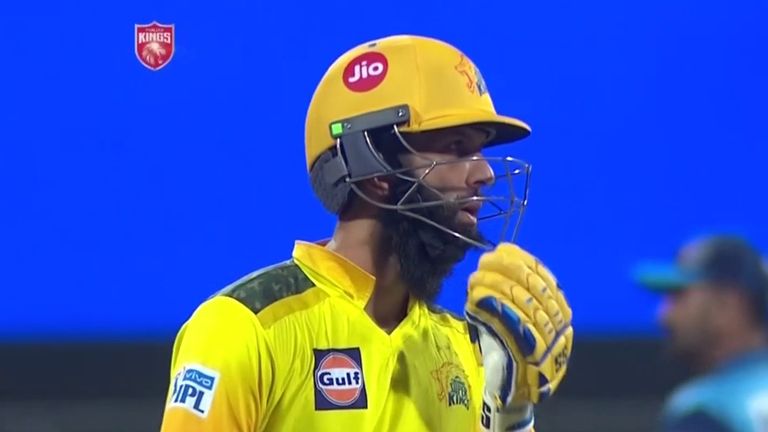 England star Ali struck seven fours and a six from the No 3 spot before Sam Curran (5no) smashed the winning boundary as Chennai coasted to their target of 107 with 26 balls to spare in Mumbai to win by six wickets and bounce back from Saturday’s seven-wicket defeat to Delhi Capitals.

Ali – who was eventually dismissed with 17 runs required, two balls after slamming his sole six – also picked up a wicket in Punjab’s lowly 106-8 but the bulk of the damage was done by Chahar and Jadeja as MS Dhoni’s men reduced their opponents to 26-5 inside seven overs.

Brilliant from Chahar, whose late-swinging delivery fizzes past Agarwal's bat ?

Seam bowler Chahar claimed his IPL-best figures of 4-13, bowling Mayank Agarwal with a peach of a delivery in the first over and then going on to remove Chris Gayle, Nicholas Pooran and Deepak Hooda during a scintillating four-over spell up top, which featured 18 dot balls out of 24.

Jadeja’s fielding played a large part, though, with the all-rounder’s direct hit after a swift pick-up and throw from short cover running out Punjab skipper KL Rahul, before his diving catch in the same spot saw Chahar dismiss West Indies veteran Gayle – who had been dropped on 0 – for 10.

Two wickets in the over for #CSK star Chahar as Gayle (10) is caught brilliantly by diving Jadeja at cover before Pooran (0) picks out long leg #IPL2021#PBKS in disarray! ?

Shahrukh Khan (47) ensured a reeling Punjab scrambled into three figures but that never seemed likely to be enough and Moeen ensured Chennai made light work of their small target to leave Sunrisers Hyderabad as the only side without a win after two rounds of matches.

Chahar started the carnage from the fourth ball of the match as he cleaned up Agarwal for a duck with a delicious delivery which swung away late and castled the batsman as he looked to whip leg-side.

The seamer should have had another wicket two balls later only for Ruturaj Gaikwad to shell Gayle at backward point, but that drop did not damage Chennai with a further four wickets soon falling. 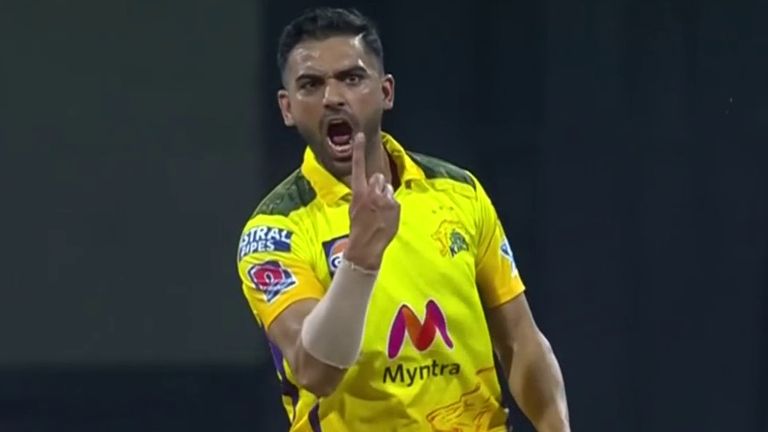 Jadeja’s brilliance with one stump to aim at removed Rahul for five towards the end of the third over and his leaping catch then saw Gayle fall to Chahar’s knuckleball two deliveries into the fifth.

Two balls after Gayle had been caught, fellow West Indian Pooran swatted Chahar straight to Shardul Thakur at deep backward square leg as he suffered back-to-back ducks to start the tournament, having also made nought in Monday’s thrilling victory over Rajasthan Royals on this ground.

Chahar bagged his fourth wicket in his final over as Hooda (10) picked out former South Africa captain Faf du Plessis at mid-off during a maiden.

Shahrukh revived Punjab’s innings to an extent, starting when he shared a sixth-wicket partnership of 31 with Australia’s Jhye Richardson (15) before the latter was bowled by Moeen as he hacked across the line.

Shahrukh went on to add 30 with Murugan Ashwin (6) and 14 with Mohammed Shami (9) before he holed out to Jadeja, off Curran (1-12), at deep midwicket in the 20th over as he looked to add to his six boundaries. 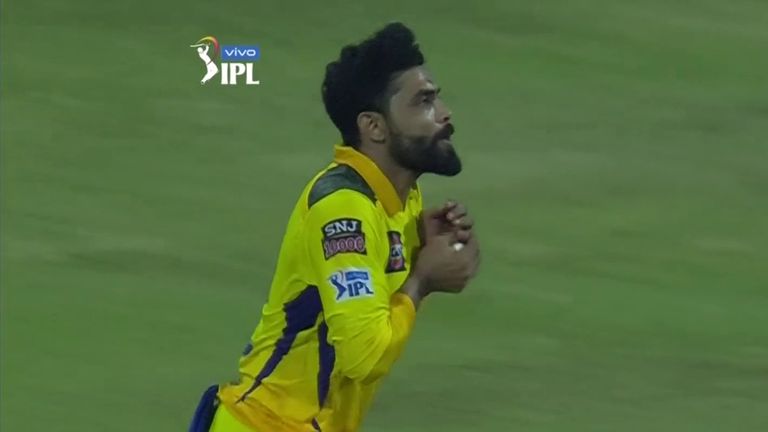 Gaikwad (5 off 16) struggled at the start of the chase and was eventually caught in the deep off Arshdeep Singh but that dismissal proved a blessing for Super Kings as Ali came to the crease and backed up his 36 in game one against Delhi by dominating a stand of 66 with Du Plessis (36no off 33).

Ali, who struck the ball sweetly either side of the wicket, dispatched Ashwin over deep midwicket for six at the start of the 13th over, only to then pick out Shahrukh in that spot two balls later.

Punjab paceman Shami then dismissed Suresh Raina (8) and Ambati Rayudu (0) from successive short balls in the 15th as CSK wobbled from 90-1 to 99-4 but there would be no staggering collapse with Curran pulling Australian Riley Meredith to the boundary in the 16th over.

There is then an IPL double header on Sky Sports Cricket on Sunday with Royal Challengers Bangalore vs Kolkata Knight Riders (10.50am) followed by Delhi Capitals vs Punjab Kings (2.50pm).