Back where she belongs. Miranda Lambert got emotional while performing at her first live concert since the beginning of the COVID-19 pandemic.

Miranda Lambert Through the Years: From ‘Nashville Star’ to Country Icon

“First show back in over a year. I missed y’all so much,” the country singer, 37, wrote via TikTok alongside a video of her performing her hit song “The House That Built Me.” 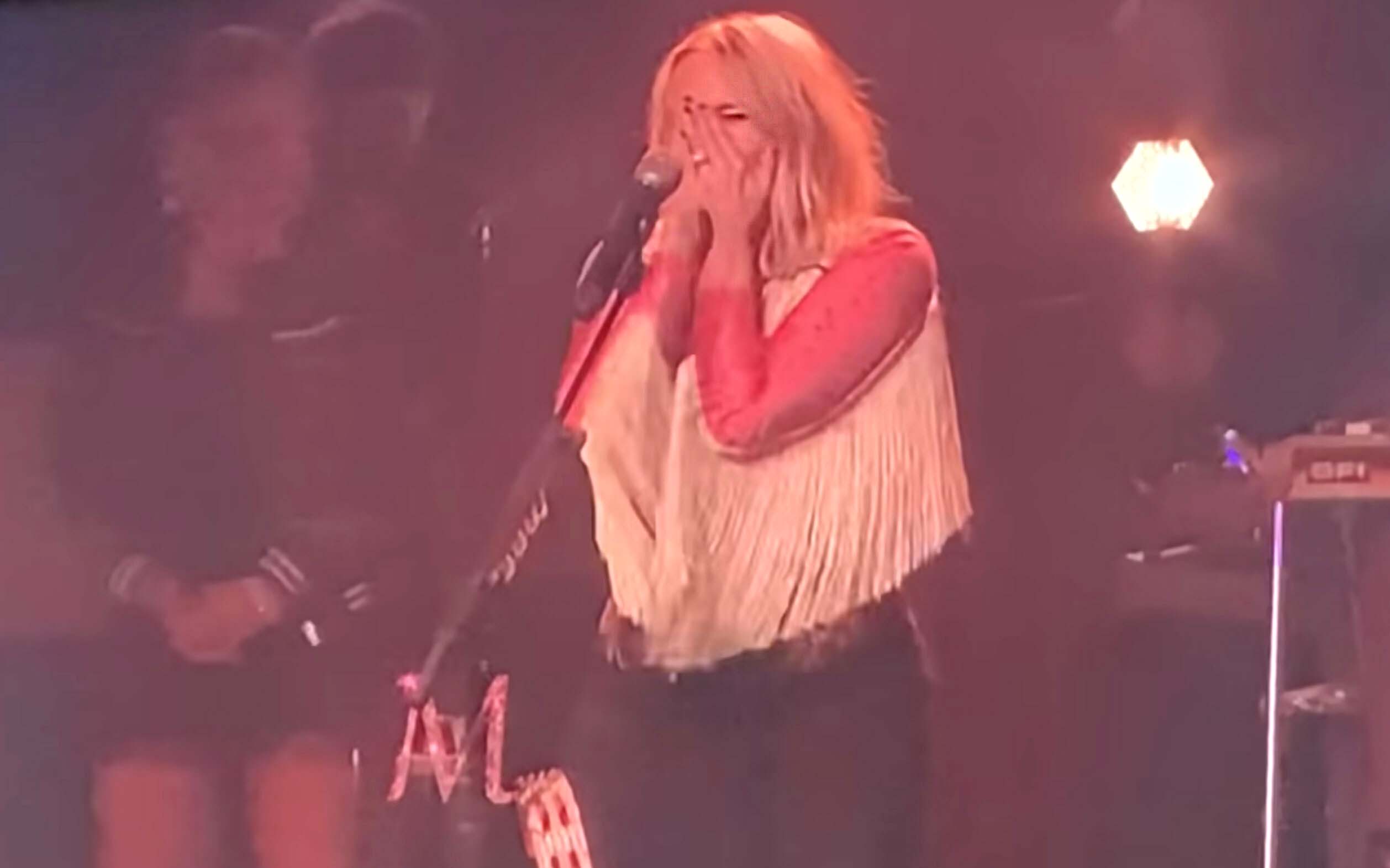 In the clip, fans carried the song while Lambert was overcome with emotion. The song was originally written for her ex-husband, Blake Shelton, who insisted she take the song when she began to cry while first listening to it. The pair were married from May 2011 to July 2015.

The show took place at Billy Bob’s concert hall in Fort Worth, Texas, on Saturday, April 24. Prior to the event, the venue released information about the safety measures they were taking for the concert. While masks were not required, they were recommended.

Though she hasn’t been performing for fans, Lambert has had quite a year over the course of the coronavirus pandemic. In March 2020, the Grammy winner revealed via Instagram that she’d been trying to keep busy while stuck at home. 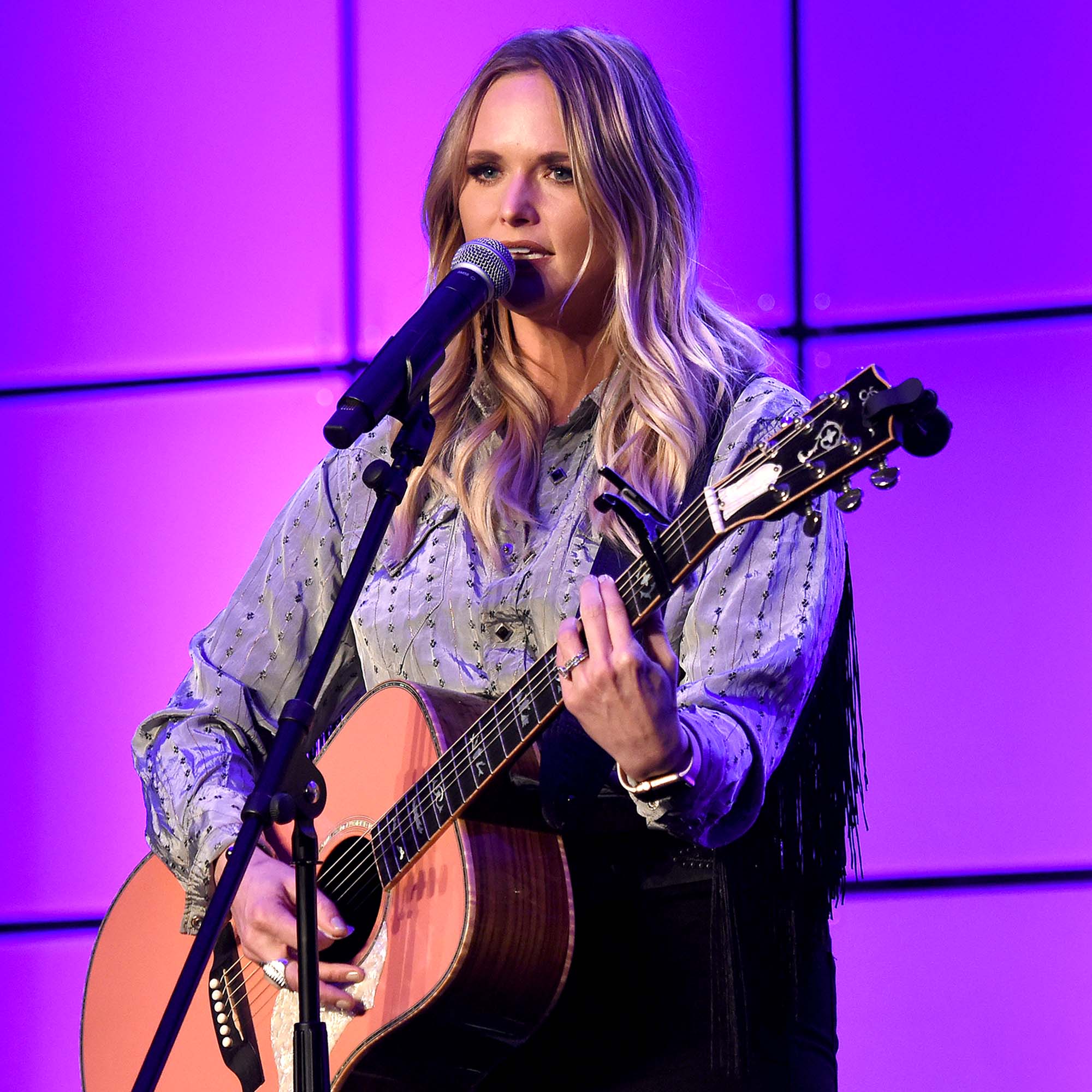 “For the next few months for me there are no shows, no sound checks, no bus calls, no flights. Just home,” she wrote at the time. “Once I processed it, I actually got a feeling of peace even though, like all of us, my anxiety about the state of the world right now is still through the roof.”

Celebrity Couples Who Are Self-Quarantining Together

After marrying Brendan McLoughlin in January 2019 following a whirlwind two-and-a-half-month romance, the pair were forced to learn a lot about each other when the pandemic had them put their lives on hold.

“We didn’t date very long before we got married. And so, we sort of got to just really, really, really get to know each other,” the Pistol Annies frontwoman said during a conversation with SiriusXM’s Storme Warren in February. “It was just us two with no distraction, at my farm outside of Nashville. I was really thankful for it because it made us really strong.”

Us Weekly confirmed in February 2020 that McLoughlin, 28, retired from his career with the New York Police Department. With both the former police officer and crooner were unoccupied for a while, the couple decided to hit the road in an AirStream.

“When people ask me questions about all the traveling I’ve done, my answer is pretty much the same every time. ‘I’ve been everywhere but I haven’t seen much of anything,’” Lambert captioned a May 2020 Instagram. “I’ve been touring for 19 years and most times we just roll in, play our show, and roll to the next town. I’ve only gotten to spend some real time in a few of the places I’ve been.”

Miranda Lambert Accepts 2021 Grammy With Brendan McLoughlin by Her Side

Though her Texas shows marked her first concert with fans in a while, Lambert has done her fair share of performing this year. Earlier in April, she took the stage three times at the 2021 Academy of Country Music Awards. Her husband joined her on the red carpet, wearing denim. He was also by her side at the Grammy Awards in March, where she sang “Bluebird” as he watched from the audience.