The Minnesota police chief who oversaw an officer who fatally shot a Black man during a traffic stop on Sunday has resigned.

Gannon said at a news conference on Monday that he believed Potter meant to fire a Taser stun gun at Wright, but shot him with her firearm instead. 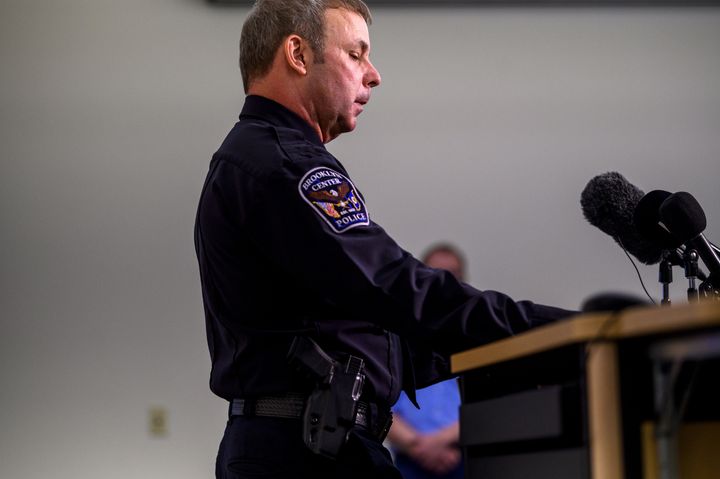 Wright was pulled over for what authorities said was a traffic violation. During a struggle captured on police bodycam video, Potter, a 26-year veteran of the force, drew a weapon and yelled “Taser, Taser, Taser.” She fired one round, then cried, “Holy shit, I just shot him.”

“It is my belief that the officer had the intention to deploy their Taser, but instead shot Mr. Wright with a single bullet,” Gannon said at the news conference. “This appears to me, from what I viewed and the officer’s reaction in distress immediately after, that this was an accidental discharge that resulted in the tragic death of Mr. Wright.”

While announcing Gruenig’s appointment, Mayor Mike Elliott said Gruenig, “more than any other person in the department, has a very strong commitment to working directly with the community to help resolve issues. He’s done that throughout his career, that is why he is the right person to step forward and take on this role at this time.”

Gruenig said he had no immediate plans for reforms.

“I’ll work on a plan,” he said at the press conference. “I can talk to the community members and see where they would like to, the direction they would like to go, but I was appointed the chief an hour ago. I don’t have a comprehensive strategy to look internally, to look externally.”

Elliott said he has asked Minnesota Gov. Tim Walz (D) to reassign Wright’s case to the office of the attorney general to “ensure transparency and to continue building trust in our community.”

The resignations follow the city council’s vote on Monday to fire City Manager Curt Boganey, who was in charge of police personnel. The mayor’s office took over those duties.