It’s called fashion, look it up.

The 2020 Met Gala may be postponed, but that hasn’t stopped stars like Mindy Kaling from answering Vogue‘s call to participate in the #MetGalaChallenge on social media. First announced by Billy Porter, the iconic publication is offering fashionistas a chance to land a spot in the pages of Vogue with their at-home recreations of Met Gala looks through the years.

First up was Mindy, who put her own—admittedly epic—spin on Jared Leto‘s ensemble from last year’s soiree.

“Recreating one of my favorite Met Gala looks ever with the help of a tarp, some Christmas lights and packing tape,” the actress wrote on Instagram. “I think Alessandro Michele would approve.”

Needless to say, Mindy nailed it. 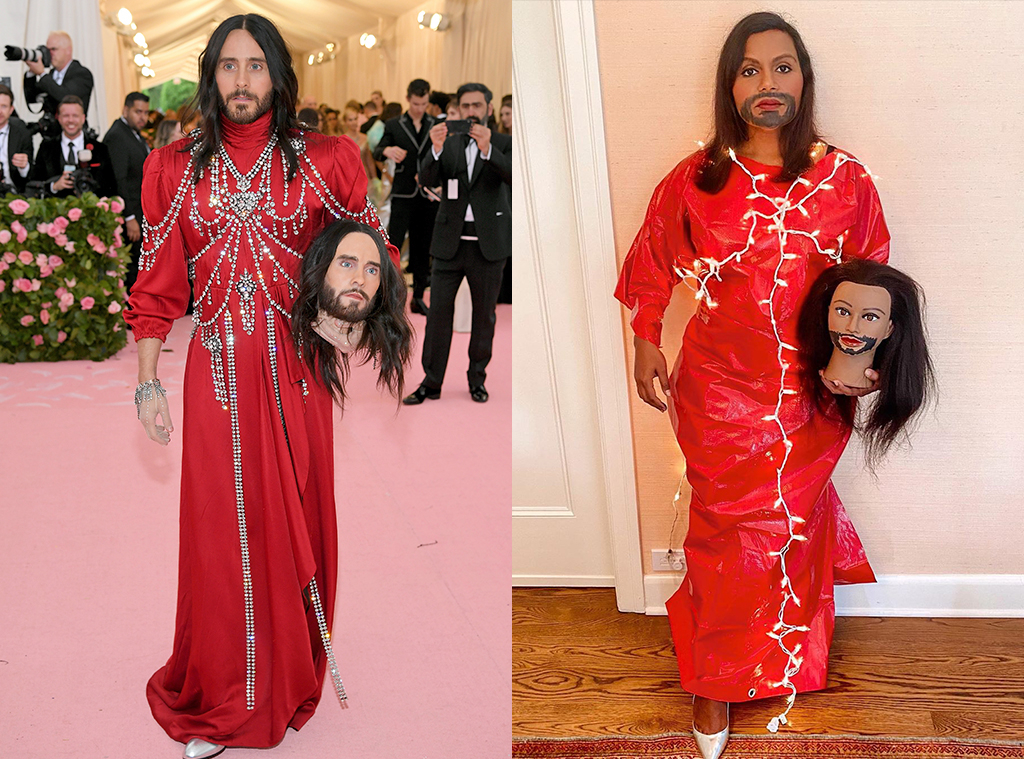 Dressed in Gucci, Leto shocked fans when he walked the red carpet at the 2019 Met Gala carrying a decapitated version of his own head.

The life-like effigy took an estimated six months to create, but the blood, sweat and tears that went into pulling it off was certainly worth it.

Jared also gave Mindy his seal of approval, commenting a heart emoji on her post.

Watch E!’s The Met Gala: Ultimate Fashion Moments special Monday, May 4 at 11 p.m., only on E!