Home » Minari’s Yuh-Jung Youn was ‘the hero’ of the Oscars. Who is she?

Flirting with Brad Pitt in her acceptance speech? I am in love with this woman. Who is she?

She’s Korean actor Yuh-Jung Youn. The 73-year-old won the best supporting actress prize for playing Soonja, the delightful matriarch in Minari, a warm and feisty performance that made everyone miss their dead grandmas. 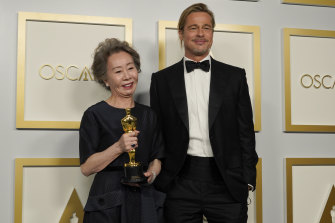 She retired at her career peak after marrying singer Cho Young-nam, only returning to acting in her 40s after they divorced. Her current renaissance began with a series of films with director Im Sang-soo – including 2010’s The Housemaid and 2012’s The Taste of Money – which premiered at Cannes and earned her wider acclaim and awards. Proving her fearless onscreen chops, the latter film saw Youn taking on a sex scene at age 64.

This is all quite unexpected and awesome.

She’s also famous in Korea for appearing in family-friendly TV dramas and reality shows, including Youn’s Kitchen which followed her attempt to run a pop-up restaurant and Youn’s Stay which saw her running a guesthouse for tourists. 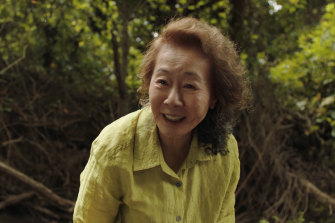 Does she have anything else coming up?

She’s got the lead in the TV adaptation of Min Jin Lee’s bestselling novel Pachinko, which will debut on Apple TV this year.

So how did she become this year’s awards season favourite?

Sheer force of personality. Her viral acceptance speech at the BAFTAs earlier this month cemented her as the people’s favourite. In that speech she told the BAFTAs that winning their prize was extra significant since it came from the British who are “known as very snobbish people”.

Someone give her an Oscar.