Home » Lifestyle » Microsoft Teams is changing how you reply to messages 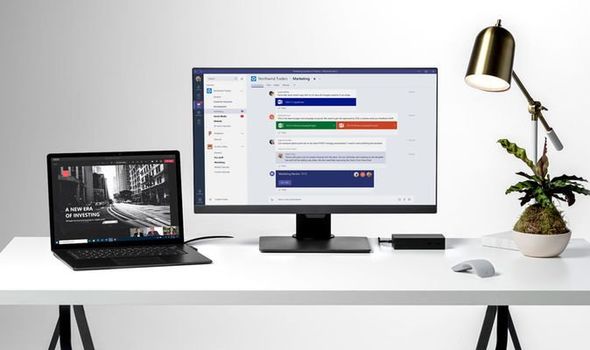 Microsoft Teams is making it easier to spot an incoming message from a friend or colleague, thanks to a new chat bubble feature. This will be immediately familiar to anyone who uses messaging apps like Facebook Messenger on Android, since both of these pop-up a small preview of the text in a circle, or bubble, on-top of what you’re doing.

This makes it almost impossible to miss an incoming text – no matter what you’re already distracted doing on-screen. And now, Microsoft is bringing the same idea to Teams.

As it stands, when a Microsoft Teams user gets a new message while looking at the main meeting screen they need to open the chat window separately and scroll through the conversation to find the latest message. That’s a little slow and a great way to look like you’re not paying attention if you’re in the middle of a call but need to check a quick incoming text.

Thankfully, that all changes with the inbound chat bubbles feature. Instead, chats will appear on the screen of all meetings participants which will help everyone involved in the call follow the discussion without having to switch screens. Microsoft said this time-saving new feature will make “chat more central to the conversation”.

The description of the feature on the Microsoft 365 Roadmap says: “Chats sent during a Teams meeting will surface on the screens of all meeting participants, making the chat more central to the conversation”.

The Teams chat bubble feature was first announced back in July of last year. At the time, Microsoft said: “During meetings, chat has become a lively space for conversation and idea-sharing, and offers an option for people to participate in the discussion without having to jump in verbally. But it can be challenging to pay attention to video feeds, presentations, and chats all at the same time. Currently, Teams users need to manually open a chat window to view the chat screen. Soon, however, chats sent during a Teams meeting will surface on the screens of all meeting participants, making the chat more central to the conversation.” 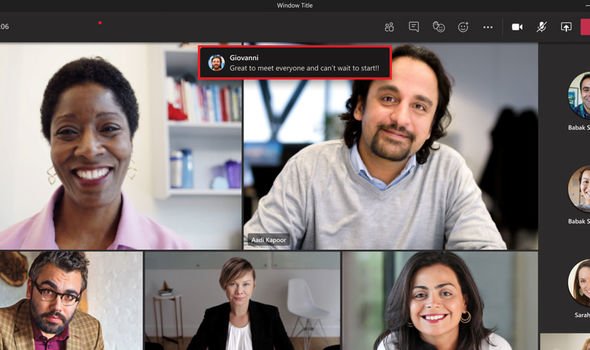 Chat bubbles is just one example of the more consumer-focused features Microsoft has been adding to Teams.

Other such features include an enhanced emoji library, which bolstered the amount of emojis on offer from 85 to over 800, as well personal group chats, free video and audio calls, GIF support and much more.

The addition of more and more consumer features to Teams comes after earlier this year Microsoft boss Satya Nadella said Teams could become as integral as an internet browser.