Facebook and Microsoft are among the US tech companies that have introduced new policies to stop the spread of the deadly coronavirus this week.

Facebook has told employees in its San Francisco Bay offices to stay at home and cancel all business trips due to the virus.

The social network, which has thousands of offices in the region, is ‘strongly recommending’ all workers in the area to work from home on Friday, March 6, a company spokesman told CNBC.

However, employees critical to the site’s safety and security will still be required to work on-site, despite the city announcing its first two confirmed cases of the virus. 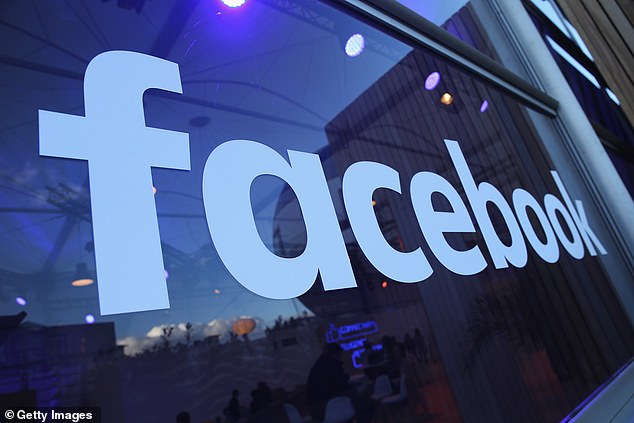 Facebook has told all employees in San Fran, including those at its Menlo Park, California headquarters, to work from home

‘Based on guidance from Santa Clara County today, we are strongly recommending that all Bay area employees and contingent staff work from home starting tomorrow, Friday, March 6th,’ Facebook spokesperson Anthony Harrison Thursday evening said in a statement to CNBC.

‘This decision is based on our desire to minimise the risk of spreading COVID-19, the health and safety of our teams, their loved ones and our neighbours remain a top priority.’

The social network is also cancelling any events in the Bay Area.

Facebook already announced Wednesday night that it has closed its Seattle office after a contractor there was discovered to have contracted the virus.

The office will be closed until at least Monday, March 9, and the company is encouraging its employees to work from home for the remainder of the month.

Meanwhile, Microsoft has already asked its employees in its San Francisco Bay and Seattle HQ offices to work from home if they can do so to restrict the spread of the virus.

The company has committed to continue to pay its workers who are paid by the hour during the outbreak even if they can’t come to work. 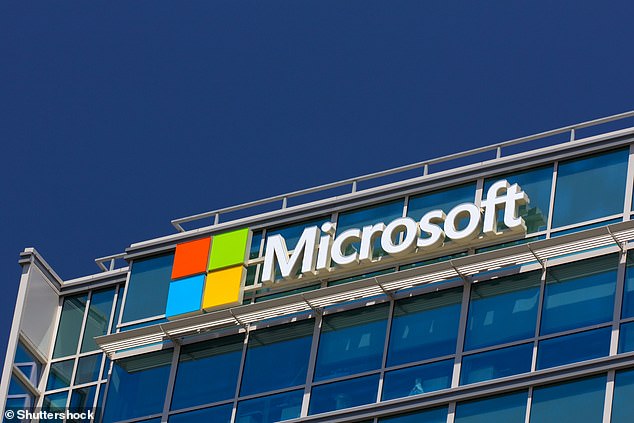 With the new policy for hourly workers, Microsoft is providing a steady income to its workers who aren’t on a contract and need to be on site to do their work, including cleaners and kitchen staff.

‘We recognise the hardship that lost work can mean for hourly workers,’ Microsoft President Brad Smith wrote in a blog post on Thursday.

‘As a result, we’ve decided that Microsoft will continue to pay all our vendor hourly service providers their regular pay during this period of reduced service needs.

‘This is independent of whether their full services are needed.

‘We’re committed as a company to making public health our first priority and doing what we can to address the economic and societal impact of COVID-19. 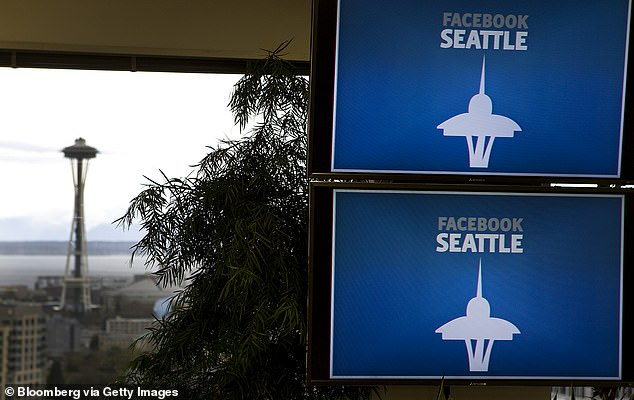 There are 4,500 hourly Microsoft employees at its Seattle headquarters alone.

Microsoft said it is exploring how best to introduce a similar policy to workers in other parts of the country and the world where coronavirus is having an impact.

Microsoft employees in both regions have been asked to work from home until March 25 if they can.

‘Taking these measures will ensure your safety and also make the workplace safer for those that need to be onsite,’ executive vice president Kurt DelBene told employees in a post this week.

Employees for whom ‘it is essential to be in the office or other work environments’ should continue to go to their work locations and that the company would follow government guidelines for disinfecting its sites for essential personnel.

Microsoft also asked employees to suspend any business travel to the areas ‘unless essential for the continuity of Microsoft’.

It said employees should cancel travel to areas with active coronavirus cases – which includes much of Europe, Asia and the Americas.

The company says it is using its technology to help combat the virus by ‘pursuing additional steps to stay connected around the world’, such as via telehealth solutions for medical industries and online learning programmes for schools and universities.

Microsoft is not the only Seattle-based company sending its employees home due to the virus, officially termed COVID-19.

In the US, the outbreak has hit Washington more heavily than any other state, with 10 of the 12 US deaths occurring there.

Amazon, which has transformed the northwestern US city with its urban campus, has given its more than 50,000 employees in the region a green light to work remotely. 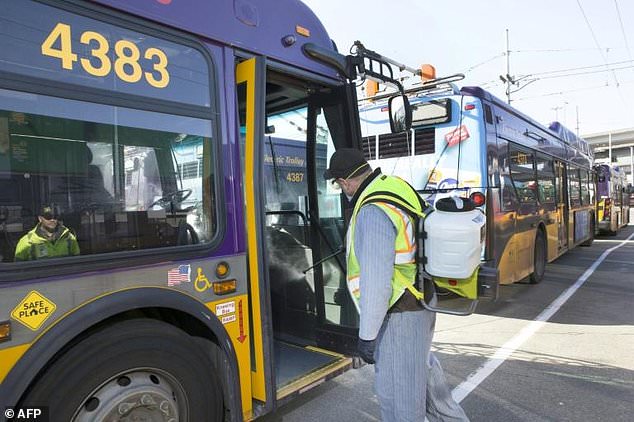 An equipment service worker for King County Metro sprays a disinfectant, throughout a metro bus in Seattle, Washington, a new focal point for the coronavirus epidemic

The company this week confirmed that an employee in Seattle had been quarantined after testing positive for the new coronavirus.

Google, which has been steadily expanding operations in Seattle, is also encouraging workers in the Washington to stay away from offices to reduce risks amid the outbreak which has killed more than 3,000 people globally.

Ride-sharing service Lyft said it encouraged its San Francisco staff to work from home for the remainder of the week after it learned one of its employees was in contact with someone who was exposed to COVID-19.

‘The team member has not exhibited any symptoms, and is in touch with medical professionals,’ Lyft said in a response to an AFP inquiry.

‘We are basing every step of our response process on CDC guidance, and out of an abundance of caution are encouraging our San Francisco headquarters employees to work from home.’

The Lyft headquarters in San Francisco, which remains open, was to undergo a deep-clean.

Global employer Twitter this week also told all 5,000 of its workers around the world to work from home because of the outbreak.

Google has also told all employees of its European headquarters in Dublin to go home and the company will also be conducting all Google interviews globally virtually via Hangout, its video call software.

As the novel coronavirus spreads across the globe, health experts advise plane travelers to sit in a window seat, disinfect their table trays and window blinds, and warn that wearing a mask won’t prevent infection.

Officials say the best way to avoid catching the virus, which is spread through viral particles within mucus or saliva, is to keep your hands clean, disinfect your space, and avoid touching your face.

It is also advised that plane travelers choose a window seat to have less contact with potentially sick people.

‘Book a window seat, try not to move during the flight, stay hydrated and keep your hands away from your face,’ Vicki Stover Hertzberg, professor of biostatistics and bioinformatics at the Rollins School of Public Health at Emory University, said. 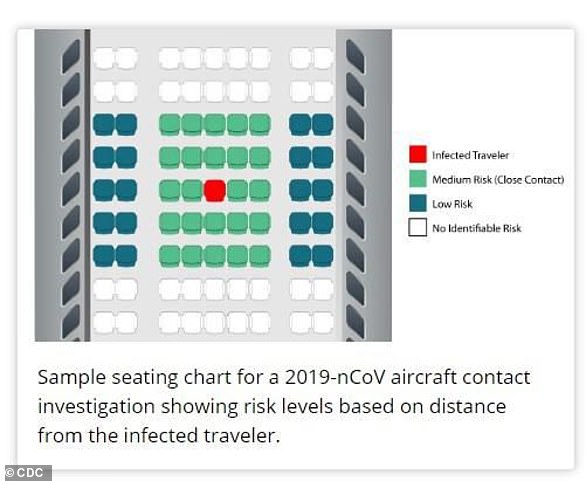 ‘Book a window seat, try not to move during the flight, stay hydrated and keep your hands away from your face,’ a professor of biostatistics and bioinformatics at the Rollins School of Public Health at Emory University, said

Hertzberg helped conduct a study that followed passengers and crew members on 10 three to five-hour flights during the flu season and found that passengers who sit in the window seats had less contact with ill people.

Wearing a mask on the plane may not prove helpful as the air in the aircraft is considered sterile because there are so few microorganisms at such a high altitude and the plane draws fresh air from the outside.

About 50 percent of the air in cabins is recirculated but it goes through sophisticated air filters similar to those used in surgical environments, before it’s its pushed back into the plane.

A problem with paper masks is that they don’t have a respirator to filter out infectious air articles.

That means passengers are more likely to catch the virus through direct contact from someone with the virus or surfaces rather than through the air.

But one study found that the other coronaviruses – such as SARS and MERS – remains on metal, glass, and plastic surfaces for up to nine days.

– Choose a window seat: Sit near the window and avoid moving around the cabin to limit exposure to potentially sick people

– Use touch screen with a tissue: Avoid contact with surfaces that may hold the virus