If there was any doubt about the international clout of Australian crime writing it has again been shattered with Michael Robotham winning the British Crime Writers’ Association’s Gold Dagger for a second time. He is the first Australian to twice win the award, which is given for ‘‘the best crime novel by an author of any nationality, originally written in English’’. 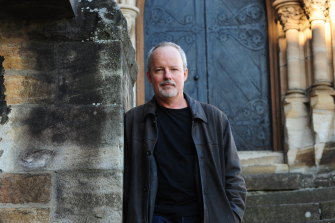 Michael Robotham has followed in the footsteps of his literary hero John le Carre by winning the Gold Dagger twice.Credit:Tony Mott

He joins an elite group with previous double winners including John le Carre, Minette Walters and Colin Dexter. Ruth Rendell was a double-double winner, getting the award on two occasions for books written under her own name and twice when writing as Barbara Vine. The late Peter Temple was the first Australian to win the Gold Dagger, in 2007, followed by Robotham in 2015, and Jane Harper two years later.

This time Robotham won for Good Girl, Bad Girl, which marked the start of a new series featuring forensic psychologist Cyrus Haven. The sequel, When She Was Good, was published in August. A television adaptation of his standalone novel, The Secrets She Keeps, was screened earlier this year.

The award was announced in a virtual event in the early hours of Friday morning Australian time. ‘‘It started at 5.30am here but I couldn’t sleep so was awake from four o’clock,’’ Robotham said. ‘‘I was sitting there with a mug of coffee while all the other authors were sipping scotch or champagne.

‘‘It was huge for me to win it twice as only a small group has and that includes Ruth Rendell and my absolute literary hero, John le Carre.’’ 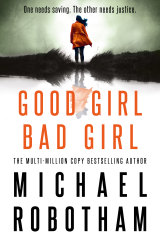 Robotham said the resurgence in Australian crime writing had been going for a number of years.

‘‘There are so many brilliant younger Australian crime writers – Emma Viskic, Christian White, Candice Fox. I remember when there was the huge wave of ‘Scandi Noir’ and we all thought ‘we’re next’. Having four winners since 2007 shows we weren’t wrong, and Jane Harper’s The Dry really blew the door off its hinges and announced Australian crime writing to the world.’’

Every crime-writing award shortlist seemed to have an Australian writer on it these days, he said. ‘‘For decades that didn’t happen.’’

Robotham previously won the award for a standalone thriller, Life or Death, set in the US but has written nine novels featuring his serial character Joe O’Loughlin, also a forensic psychologist.

‘‘One the one hand it was liberating writing a new character, but it was also nerve-wracking as so many readers loved Joe and I wondered whether they would to carry on with a new character. So it was great to win with a new series.’’