Richard Moore said the Secret Intelligence Service is “green spying” on the world’s biggest polluters to support what he calls the “foremost international foreign policy agenda item for this country and the planet”. Mr Moore, known in Whitehall as C, told Times Radio: “Where people sign up to commitments on climate change, it is perhaps our job to make sure what they are really doing reflects what they have signed up to. “As somebody used to say, ‘trust, but verify’. On climate change, where you need everyone to come on board and to play fair, then occasionally check to make sure they are.”

His comments come just days after US President Joe Biden warned world leaders that this is the “decisive decade” to avoid the worst of the climate crisis as he outlined targets for the US to halve its emissions by 2030.

The MI6 chief said Vladimir Putin’s regime is top of his concerns. The Russian president last week pulled back almost 100,000 troops from the Ukraine border, just as an invasion looked imminent.

C revealed that Britain and the US had warned Putin a significant toll would be exacted if the invasion went ahead. He said: “The Russians are in absolutely no doubt of where the UK stands.” 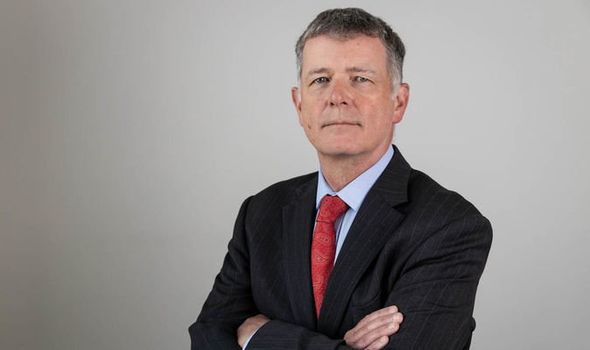 C said: “When you get that pattern of reckless behaviour, you then look at what is happening around Ukraine and it worries us. It is why we have co-ordinated so closely with our allies to make sure we are getting firm messages back to President Putin.

“Russia is a declining power economically and demographically. The treatment of Alexei Navalny saw thousands of protesters on the streets. It shows that there is a deal of disaffection with Mr Putin.”