Aggravated burglaries have reached a 10-year high in some suburbs in Melbourne's inner-east, with Victoria's year-on-year crime rate rising for the first time since 2016.

The data shows the increase was driven by a rise in property crime, particularly thefts from cars, shoplifting and bike thefts, as well as breaches of family violence orders.

Theft, family violence and drug offences made up about 21,000 of the 24,000 additional offences recorded last year.

Aggravated burglaries reached a 10-year high in suburbs including Malvern East and Glen Iris in the city's inner-east, Brighton and Bentleigh in the south-east, as well as Southbank and Fitzroy North.

A home burglary is classified as "aggravated" if the resident is present at the time, but it doesn’t necessarily mean they were confronted by the perpetrator. There were 4065 recorded in 2019, up from 3408 the previous year.

But non-aggravated home burglaries continue to decrease, reaching their lowest rate in a decade. There were 24,329 incidents recorded last year.

The CBD recorded the most aggravated robberies last year with 183, but the data shows the number of muggings in the city has been steadily decreasing since 2016.

The number of aggravated robberies recorded in Clayton more than tripled last year to 70, while in Cranbourne and Springvale the number of muggings more than doubled.

"Most of these are those 10 to 17 year olds, they overwhelmingly are what's driving this, either street robberies, the street gangs," Ms Neville said.

Ms Neville said police were now dealing with the highest ever level of family violence incidents in the force's history, with an increase last year of 6.6 per cent.

Police dealt with 84,550 family violence incidents last year. Half of all crimes against the person are now family-violence related. 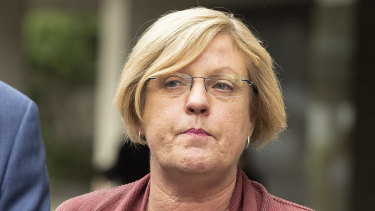 "And if we have learnt anything from the Queensland tragedy, in terms of the murder, is that taking seriously breaches of family violence orders is critical to saving lives," she said, referring to the deaths of Hannah Clarke and her three children who were killed when Ms Clarke’s estranged husband doused their car in petrol.

Drug possession, trafficking and cultivation rose by 4.7 per cent, with an additional 1700 offences.

Deputy Commissioner Wendy Steendam said the state's population increase, more police on the streets and the introduction of the new police assistance line in July all contributed to the rise.

"However, make no mistake, we are concerned with any rising crime, particularly high-harm high-impact crime. The reason we are concerned is because we understand the real people behind these numbers, who have experienced traumatic events and sometimes life changing events," she said.

The opposition spokesman for police and community safety David Southwick said the statistics revealed that violent youth offending was rising under the current government.

"Andrews' failure to address youth offending is breeding the next generation of hardened criminals," he said.

"With an additional 48 criminal incidents each and every day in Victoria, we need more policing in the community and better programs to get offenders out of a life of crime."