The Melbourne International Comedy Festival, which was due to run March 25 to April 19, has been cancelled in the wake of advice issued on Friday to disallow planned gatherings of more than 500 people.

“We’re devastated by the news we have to share,” festival director Susan Provan said in a message sent to all participants, staff, venues and crew late on Friday afternoon.

“Following the Prime Minister’s announcement about non-essential gatherings, we have made the very difficult decision to cancel the 2020 Melbourne International Comedy Festival. 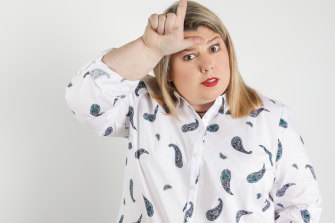 Urzila Carlson was expected to be one of the biggest draws at the now-cancelled festival.

“Our primary concern is the health and welfare of our artists and participants, staff and audiences. Cancelling the festival is heartbreaking but the only decision possible to support the community’s efforts to slow the spread of coronavirus (COVID-19).”

The cancellation of the second largest comedy festival in the world, which had more than 760,000 attendances last year, is a clear indication of the massive upheaval the Australian culture industries will face as a result of the guidance issued by the Prime Minister and his Chief Medical Officer on Friday afternoon, with live music, theatre, ballet and opera also expected to be amongst the hardest hit.

The Melbourne Food and Wine Festival, slated for March 19-29, has also been postponed, to an as-yet-unknown date.

"If another responsible course of action was available to us we'd have pursued it, but under the cirumstances we cannot proceed," said festival chief executive Anthea Loucas in a statement issued to staff and partners late on Friday. "Everyone in our organisation is heartbroken by this turn of events."

Even before the announcement at COAG around 3pm, the Download music festival planned for Sydney and Melbourne next weekend had been called off, following the decision by headline act My Chemical Romance not to travel to Australia because of coronavirus concerns.

Just after lunchtime, organisers of the Robbie Williams concert planned for Albert Park’s Lakeside Stadium cancelled that show, which was to be held in conjunction with the Australian Grand Prix, which had itself been cancelled earlier on Friday.

After the COAG announcement, the Sydney Writers’ Festival said it was suspending ticket sales for next month’s event.

Chief executive Chrissy Sharp said more information would be made available on Monday. "We are now carefully working through the next steps," she said in a statement. "Thank you for your patience and forbearance."

The Virgin Australia Melbourne Fashion Festival also announced it would cancel all events in its final weekend "as a precautionary containment measure".

Robbie Williams was willing, but unable, to play on Saturday.

VAMFF chairman David Briskin made the announcement at the conclusion of the festival's Australian Fashion Summit on Friday afternoon.

Though they appreciated there were good public health reasons behind the decision, some senior figures in the entertainment industry noted the advice issued on Friday afternoon was confusing and ambiguous.

For one, it is a recommendation only, and not enforceable.

It also does not come into effect until Monday, meaning events scheduled for this weekend – including large theatre shows such as Harry Potter and the Cursed Child (at the Princess Theatre, with a capacity in excess of 1400), Shrek: The Musical (at Her Majesty’s, capacity around 1300) and Come From Away (Comedy Theatre, around 1000) could still go ahead, but performances from Monday were under a cloud.

“We need more information. How long is this advice staying in place? Is it one month, then a review? Or is it indefinite until the government decides otherwise?”

Ms Richardson said the ban would have "massive flow-on effects" for the live performance industry.

“The situation is changing by the hour,” he said, adding that was a concern not just for Victoria’s $1.7 billion music industry but the state’s economy more broadly.

“This will have a debilitating impact on the live music sector until the crisis stabilises and we enter recovery phase in the second half of the year,” Mr Donovan said.

“The international touring circuit is grinding to a halt and the whole ecosystem is losing the ability to earn money. As a community we need to weigh up the public health issue with public confidence in live music and the health of the music industry – financial and mental.”

Mushroom Touring announced late on Friday that while this weekend's shows by New Order, Gengahr and Julia Jacklin would proceed as planned, tours by a raft of acts due to land in Australia over the next few weeks would be postponed, including Marc Rebillet, Kip Moore, Introducing Nashville, Miranda Lambert and Seaforth. The planned tour by Jimmy Eat World has been cancelled.

Cinemas, though, are at this stage unaffected.

Palace boss Benjamin Zeccola noted that all the cinemas in his group seat fewer than 500 people, while a Village spokesman said any cinemas with more than 500 seats would have their capacity restricted. He added that session times were staggered, meaning the auditorium of multiplexes would be unlikely to hold more than 500 people at any one time.

Cinema and theatre venue operators consistently report they are rigorously cleaning and disinfecting surfaces in a bid to reduce the risk of COVID-19 transmission.

The situation for large public institutions such as galleries and museums remains unchanged for now.

"Our priority is the safety and well-being of our staff, volunteers, supporters and visitors. Our museums are large spaces that allow for effective social distancing for our visitors. While there remains no directive to close we will be open to all visitors, with our planned daily activities."