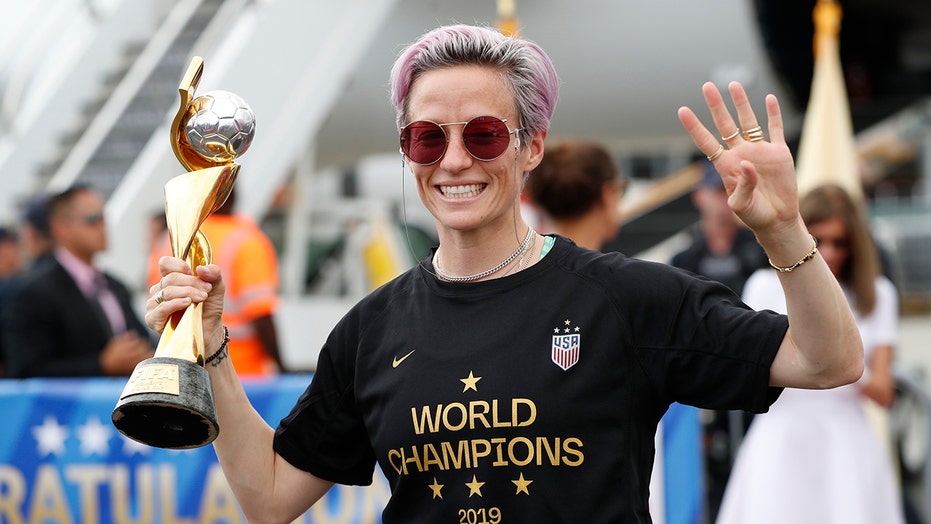 Megan Rapinoe is the face of U.S. Soccer and a new face of Victoria’s Secret but on Thursday night she found herself in a bit of hot water after an old tweet of hers was dug up.

The tweet read: “u look asian with those closed eyes!”

It’s unclear who Rapinoe was responding to or what the original message was. The user does not appear to have a Twitter account anymore. According to the Sports Room, the account belonged to Natasha Kai — a former US Olympian who played professional soccer. Kai was born in Hawaii.

Social media users went on the offensive attacking Rapinoe for the past tweet.

Victoria’s Secret announced Rapinoe as a partner as part of its revamped collection.

“We are proud to bring together an unparalleled group of trailblazing partners who share a common goal to drive positive change,” the company said in a statement. “These extraordinary partners, with their unique backgrounds, interests and passions will collaborate with us to create revolutionary product collections, compelling and inspiring content, new internal associate programs and rally support for causes vital to women.”

Rapinoe currently stars for the U.S. women’s soccer team and the OL Reign of the National Women’s Soccer League. Neither immediately responded to Fox News’ request for comment.

Rapinoe nor Kai responded to any of the social media uproar.