Martin Lewis is shocked after girl, 11, admits she’s ALREADY looking for a job to pay university tuition fees – as he accuses politicians of ‘scaring off’ students with talk of ‘big debt’

Martin Lewis has criticised the UK’s politicians for scaring teenagers and putting them off going to university with talk of student debt after an 11-year-old girl admitted she’s already looking for a job to help with tuition fees.

Speaking on the Martin Lewis Show on ITV last night, the financial expert pleaded for teenagers not to be put off by politics when considering higher education.

He reassured the unnamed girl, who appeared via video link with her mother, that she would be able to afford the university tuition since it is paid for by the government until you earn enough to pay it back.

Martin was visibly outraged after hearing that the pupil was afraid she would not be able to afford to go to higher education, so had started looking for a job.

An impassioned Martin pleaded for children not to be scared by ‘the fight in politics,’, explaining: ‘You won’t have a big debt over your head. University is only going to cost you a fortune if you’re earning a fortune afterwards.’

Twitter users were quick to praise the financial expert, while admitting they found it troubling that an 11-year-old would be worrying about the affordability of university before even finishing school. 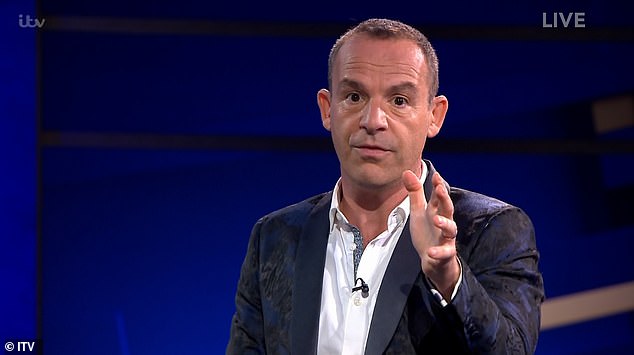 The young girl, 11, whose mother was a Mrs Brady, asked Martin how soon she would be able to get a job.

Speaking on the show, a shocked Martin said: ‘Working at 11 is quite difficult and there are [good] reasons for that… we don’t want them working. Is there something behind this?’

The youngster explained that she was worried about how she would be able to afford university tuition fees in the future and wanted to start saving already.

Reassuring her that she would have a chance at higher education, Martin said: ‘That’s very interesting. Let me say something to you. You will not have to pay for university tuition unless they change the system. 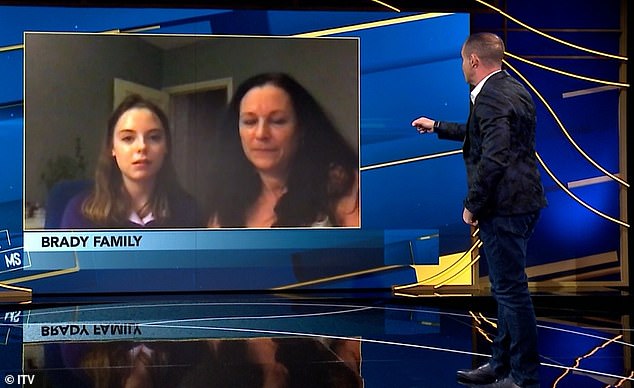 Speaking on the Martin Lewis Show on ITV, the financial expert pleaded for teenagers not to be put off by politics when considering higher education. He reassured the young British girl, who appeared via video link with her mother (pictured), that she would be able to afford the university tuition since it is paid for by the government until you earn enough to pay it back

‘When and hopefully you will go to university, your tuition fees will be paid for you. You don’t have to pay for them upfront. You’ll get a student loan for them, which sounds very scary but when you leave afterwards you only have to start repaying that if you earn enough.’

He added: ‘If you don’t earn enough, you don’t have to repay it. So don’t worry too much about that and if you haven’t got much family money, funnily enough the biggest problem when you’re a student is actually what you’re going to live off.

‘I can see mum’s getting a bit panicked about this now. If you haven’t got cash and income, which I’m guessing is the point, then you get the full maintenance loan.

‘It’s actually those who’ve got more money that have to contribute. So the state gives you money to live off.’

The presenter pleaded with teenagers not to be put off by politicians and their talk of student debt.

How do student loans work and how are they repaid?

Student Finance England offer a tuition fee loan for first-time undergraduates which is paid directly to the university and students will not have to repay until they leave their course.

Student Awards Agency Scotland, Student Finance Wales and Student Finance Northern Ireland offer similar funding and a maximum of £9,250 per year can be paid on behalf of the student.

Students will not have to start repaying their student loan until they are earning over £25,000-a-year, which is referred to as the repayment threshold. This figure applies to England and Wales, while the threshold is £18,330 in Northern Ireland and Scotland.

However, for those who started university before 2012, they will have to start repaying after earning over £18,330 a year. Graduates will be required to pay back 9 percent of anything they earn above these amounts every month.

So, if you are earning £15,000-a-year, you will not pay anything back while if you are making over £35,000, repayments will be £75 a month. As the money is automatically taken from wages, those who are not self-employed will not have to do anything.

If the student loan is not repaid within 30 years, any remaining balance is wiped, but interest could play into graduates wanting to repay their loan early.

While interest is set at RPI, currently set at 3.3 percent per year in Scotland and Northern Ireland, it is charged on top of the rate of inflation in England and Wales, plus 3 percent every year.

Maintenance loans are also available for those who require help paying for everyday living costs and unlike the tuition fee loan, it is paid directly into the student’s bank account, according to UCAS.

While everyone can apply for this loan, the amount a student receives is dependant on household income, where they are studying and whether or not they are living at home while attending university.

For example, those who are living at home can apply for a maximum maintenance loan of £7,324, while those who live away from home and in London, could get up to £11,354. Save The Student revealed that in England, in order to get the maximum maintenance, household income will need to be under £25,000.

‘Don’t be put off going to university by the political spittle and the fight that goes in politics trying to scare children off, that you’ve got a big debt over your head,’ he said.

‘You won’t have a big debt over your head… it’s only going to cost you a fortune if you’re earning a fortune afterwards.

A visibly moved Martin continued: ‘The best thing you can do right now, sorry you’re 11 and I’m a dad, I have to think of that… is go to school, work really hard and go do some reading about finance. I’d love you to tool up more but go and get those good grades.’

A stream of Twitter users praised the financial expert, while admitting they found it troubling that an 11-year-old would be worrying about the affordability before even finishing school.

Reaction: A stream of Twitter users praised the financial expert, while admitting they found it troubling that an 11-year-old would be worrying about the affordability before even finishing school

One person wrote: ‘Good God I love Martin Lewis. I hope some politicians were watching what he had to say about government disenfranchising kids about their chances to go to universities if they want to. Awful that an 11-year-old thinks she needs a job now to pay for it.’

‘Martin Lewis hitting the nail on the head. Do NOT be put off going to university because of “being in debt” like politicians seem so keen on portraying. I nearly fell into this trap myself,’ another said.

A third added: ‘No 11-year-old should have to be worried about their tuition fees and want to work now to save up.

‘This is the problem with the current system, we are raising a generation of young people not wanting to aspire in fear of the ‘debt’ that is attached if they do #MartinLewis’.