Home » Lifestyle » MARK ALMOND: What else can we expect from a such a vain leader?

MARK ALMOND: What else can we expect from a leader so vain he named a vast stadium after himself?

As if the spat between Britain and the EU over Brussels’ erratic attempts to control vaccine supplies wasn’t bad enough, India has now dealt a body blow to the idea that we should all be cooperating in the global fight against the virus.

The decision to block vaccine exports by the Indian government – led by the vain Narendra Modi, who seems increasingly bent on becoming prime minister for life – is an act of blatant populism. And it has placed Boris Johnson in a very difficult position.

Only on Tuesday in the House of Commons, the Prime Minister was talking up Anglo-Indian relations.

‘I am delighted to announce that I will visit India next month to strengthen our friendship with the world’s biggest democracy,’ he told MPs.

Mr Modi’s display of vaccine nationalism – the country is the largest vaccine producer in the world – is a strange way of repaying that friendship. 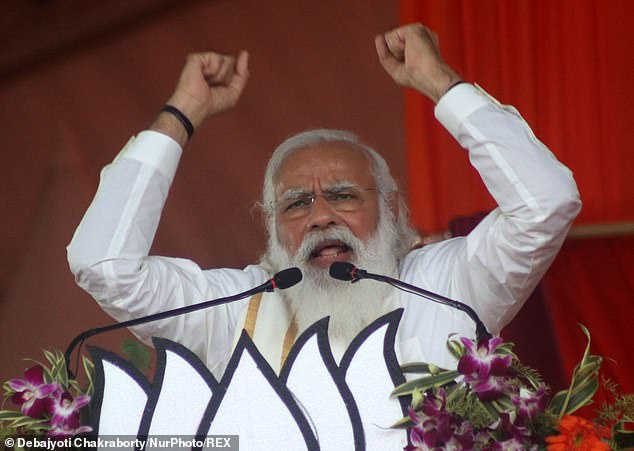 The decision to block vaccine exports by the Indian government – led by the vain Narendra Modi, who seems increasingly bent on becoming prime minister for life – is an act of blatant populism

After all, it drives a coach and horses through a legally binding contract between AstraZeneca and the British government on the supply of vaccines, and can only foster mistrust in future negotiations.

Earlier this month, Mr Modi’s India spearheaded an attempt to persuade the World Trade Organisation to lift patents on vaccines, so that poorer countries could manufacture them at cost without paying premiums to big Western pharmaceutical brands.

The idea was rebuffed, and it seems India has now blocked exports in response. Never mind that AstraZeneca, unlike other drug companies, was selling its vaccine at cost price anyway.

Mr Modi, pictured, was already annoyed with Britain after Labour, Liberal Democrat and Scottish National Party MPs criticised his government over its treatment of Indian farmers protesting against agricultural reforms in the country. 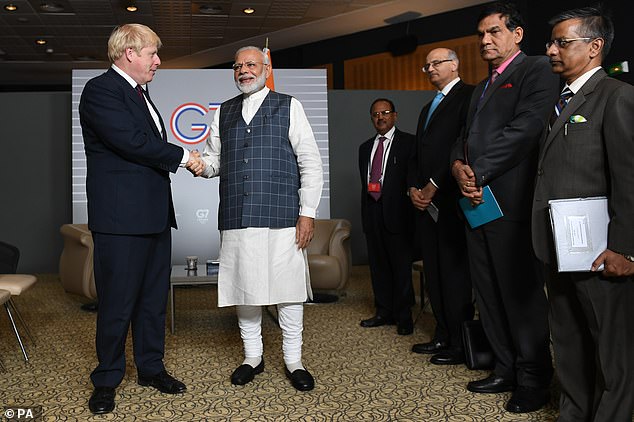 Only on Tuesday in the House of Commons, the Prime Minister was talking up Anglo-Indian relations. Mr Johnson (pictured with Narendra Modi at 2019’s G7 summit) is set to travel to India next month 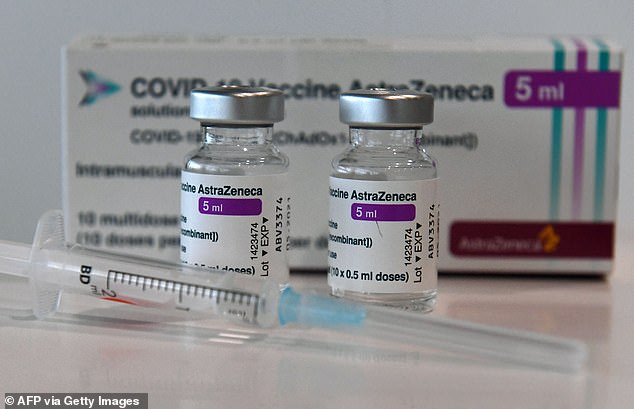 After all, it drives a coach and horses through a legally binding contract between AstraZeneca and the British government on the supply of vaccines, and can only foster mistrust in future negotiations

The protests have dominated headlines and social media in India. The government’s response has been to shut down internet sites concerning the protests, to arrest protesters and sympathisers as well as journalists and to use tear gas and water cannons to disperse crowds.

The fact that so many of the protesting farmers are from the Sikh and Muslim minorities also shows the sinister sectarian side of Mr Modi’s political agenda. He appeals to Hindu nationalists and his policies seem bent on subordinating the non-Hindu minorities who make up a large proportion of the population.

Heavy-handed tactics like those meted out against the protesters and their supporters have come to be hallmarks of Mr Modi’s style of governance, where state power is used to intimidate and stifle critics.

Ever since he was elected in 2014, the vast Indian sub-continent has increasingly become a political one-man show.

Cricket-lovers will have noted that some of the recent India v England games were played in Ahmedabad’s newly renamed, 110,000-capacity Modi Stadium. Only North Korea’s capital has a bigger arena and even that is not named after a living leader!

And while Donald Trump may have plastered his name over his hotels and golf courses, that was before he became US president.

Thousands of spectators were allowed to watch the early games against England at the Modi stadium. But the remaining matches are being played behind closed doors following a spike in Covid cases which doubtless encouraged the government to block vaccine exports.

Yet the fact is that Modi is democratically elected. And that is what places Mr Johnson in such an invidious situation. 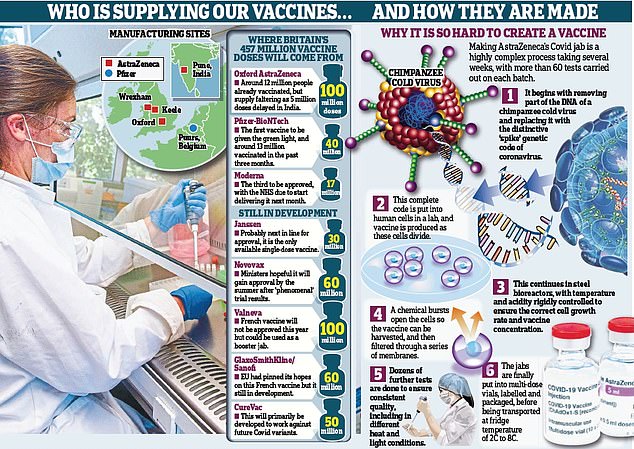 The UK deal with Serum in India was announced on March 2 but its chief executive Adar Poonawalla had warned ten days earlier that supplies were not running smoothly. Pictured: Where Britain gets its vaccine supply from

Because Britain sees an alliance with democratic India as crucial in curbing the belligerence of the other gigantic state in the Indo-Pacific region –China, a one-party dictatorship run by an unabashed dictator.

This is a major factor behind our PM’s planned visit. Along with the US, Japan and Australia, Britain wants India to rein in China – although it would, of course, pose an immediate security threat to India along the Himalayan border it shares with the country.

There is also India’s possible role as an alternative supply chain for vital products instead of China.

Last year’s hugely expensive fiasco of relying on China for PPE for health and care workers should have taught us the importance of finding alternative sources for such goods.

In any choice between India and China there is no doubt the British people’s instinctive sympathy will be with India.

The trouble is that Mr Modi’s vaccine nationalism will sour attitudes. If he seems too erratic a leader to rely on for vital supplies to our health service, doubts about his dependability as an ally will grow.

A rapidly developing and securely democratic India should be welcomed by everyone. But its rumbustious multi-party traditions – along with the country’s staggering global potential – are in jeopardy from a high-handed prime minister contemptuous not only of opposition but friends at home and abroad.

Mark Almond is director of the Crisis Research Institute, Oxford