The Argentine legend tasted defeat on his return to his former side, who pipped bitter rivals River Plate to the league title following a 1-0 win over his Gimnasia team. 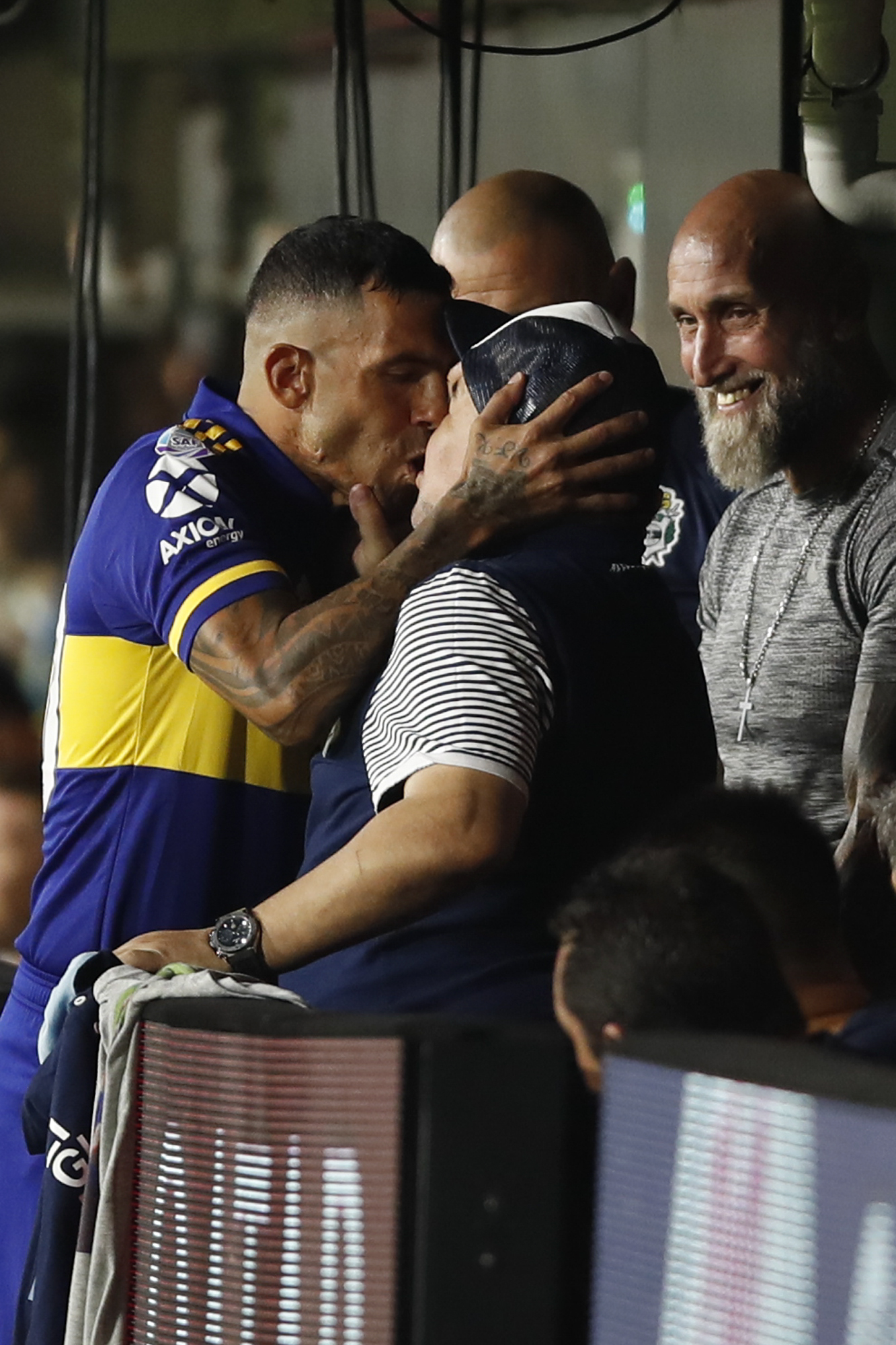 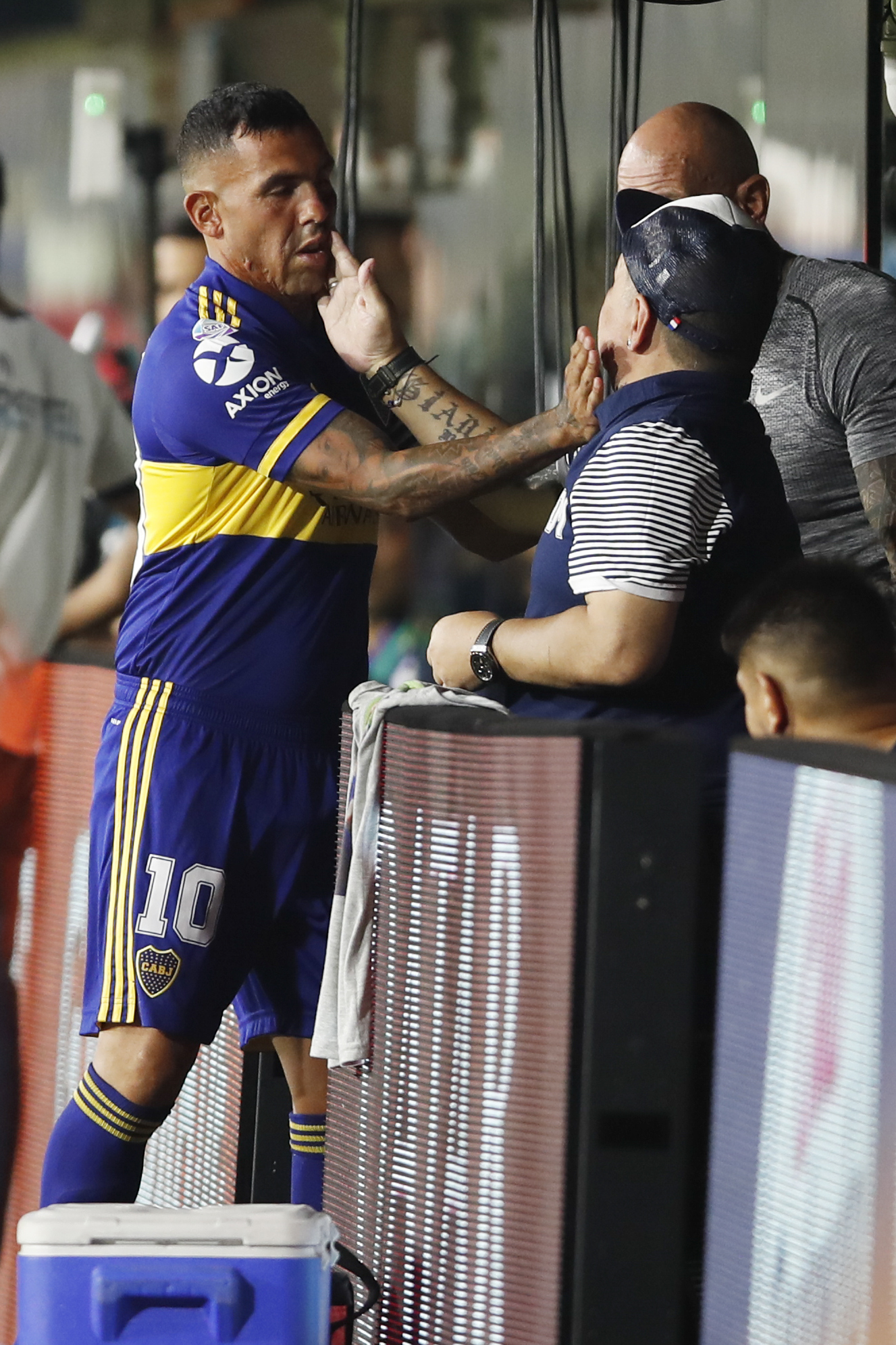 But the 56-year-old also tasted compatriot Tevez ahead of kick-off, as the two shared a passionate embrace on the touchline.

Cameras picked up 36-year-old striker Tevez running over to the opposition bench before the whistle to kiss Maradona on the lips.

And it seemed the smacker gave the ex-Manchester City star some good luck as he fired home Boca's winner to seal the Argentine title.

Speaking afterwards, Tevez said: "I knew I had to kiss Diego. I was lucky that way, sometimes you have to look for luck."

I knew I had to kiss Diego. I was lucky that way, sometimes you have to look for luck

He also revealed that he was desperate to deliver success for Boca, who clinched the title by a point after River were held 1-1 by Atletico Tucuman.

Tevez added: "I was hungry for glory again. I think I felt again that I had to go back to my neighbourhood, that I had to get off a lot of things and fight like the kid who fought when I was a kid.

"It was two or three years of fighting against my head, against a lot of things. I always kept working, trying to get out of that well, it was very difficult for me to get out, to get back to my roots.

"It was as I was telling you, I needed to go back to be hungry for glory. I found myself at the right time."