A manhunt is underway in Houston as police search for a 26-year-old suspect who allegedly fled police with his pet tiger. The suspect, Victor Hugo Cuevas, is out on bond for a separate murder charge, and now faces a charge of evading arrest, officials said.

Late Sunday, a neighbor said he called police after spotting the tiger roaming around his neighborhood. But when officers arrived, the owner put the tiger in an SUV, and drove off, police said. After a brief pursuit, the suspect got away.

“My main concern is focusing on finding him and finding the tiger. What I don’t want him to do is harm the tiger. We have plenty of places we can take that tiger and keep it safe, and give it a home for the rest of its life,” Commander Ron Borza of the Houston Police Department said in a news conference. “A lot of time, people get desperate and do silly things. We want to get him and get the tiger to a safe place.”

Borza said Cuevas was out on bond related to a 2020 murder charge, adding that his bond would now be revoked. He said it’s illegal to have pet tigers in the city of Houston and that police do not know where Cuevas purchased the animal. “You just never know when that animal is gonna turn on you. They’re very pretty to look at, very expensive to have them,” Borza said.

“If that tiger was to get out and start doing some damage yesterday, I’m sure one of these citizens would have shot the tiger — and we don’t want to see that. It’s not the animal’s fault, it’s the breeder’s fault. It’s unacceptable and it shouldn’t be happening.” 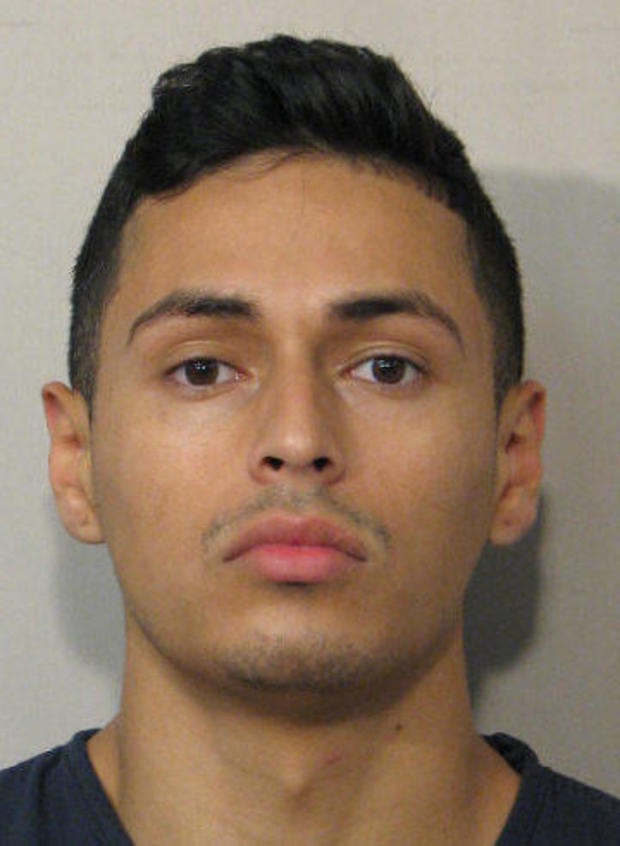 A video taken by residents on Sunday shows a confrontation between an off-duty police officer and the tiger. “It was very scary because this is a very family-oriented community and you see lots of kids and babies strolling, people taking their pets, dogs and walking them. The first thing I thought was to alert the community so everybody would stay home,” John Ramos, who lives in the neighborhood, told CBS affiliate KHOU.