EDINSON CAVANI has apologised for the 'racist' social media post he sent as he celebrated the win over Southampton.

The Manchester United striker, 33, took to Instagram on Sunday night and replied to a comment with 'Gracias Negrito!'. 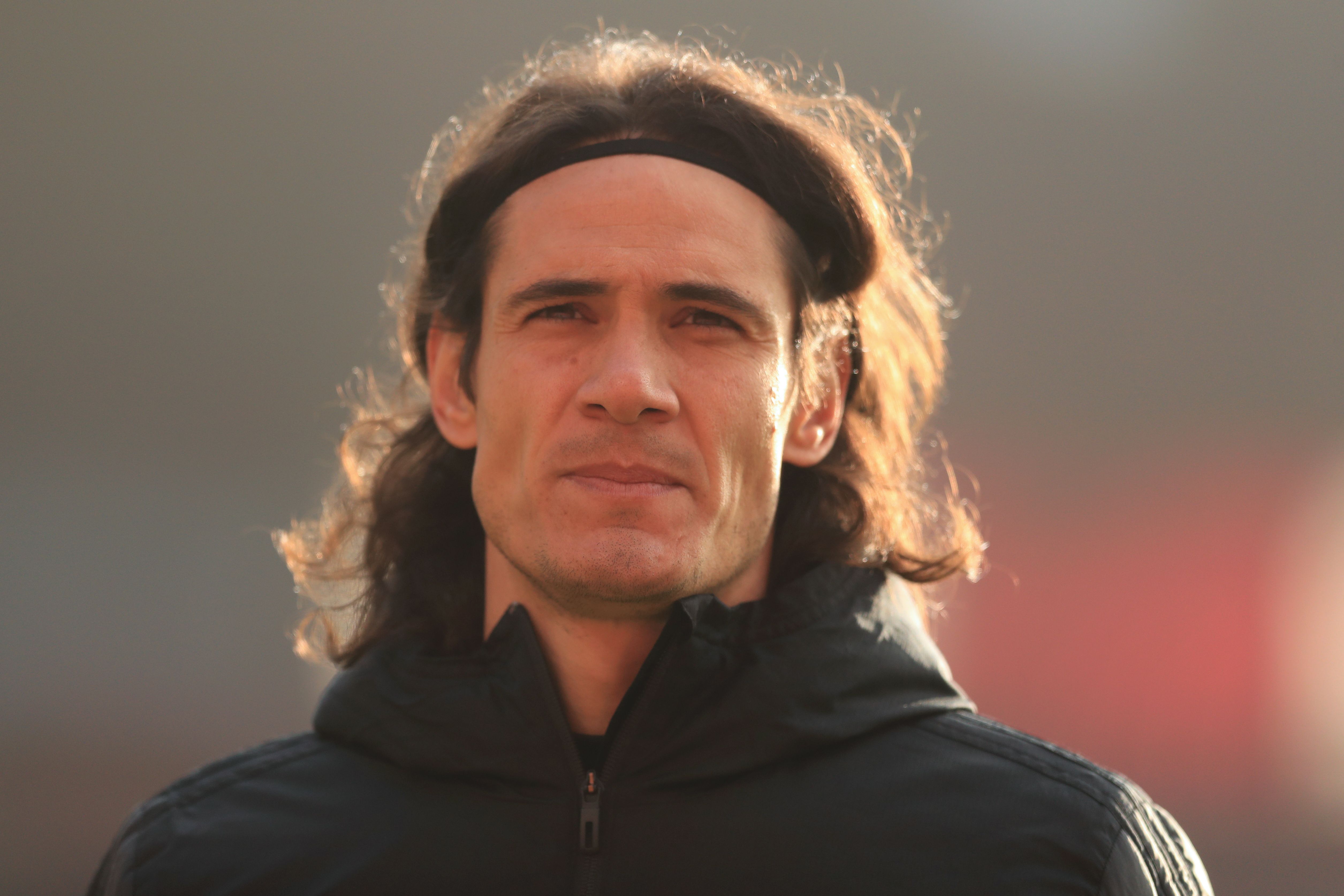 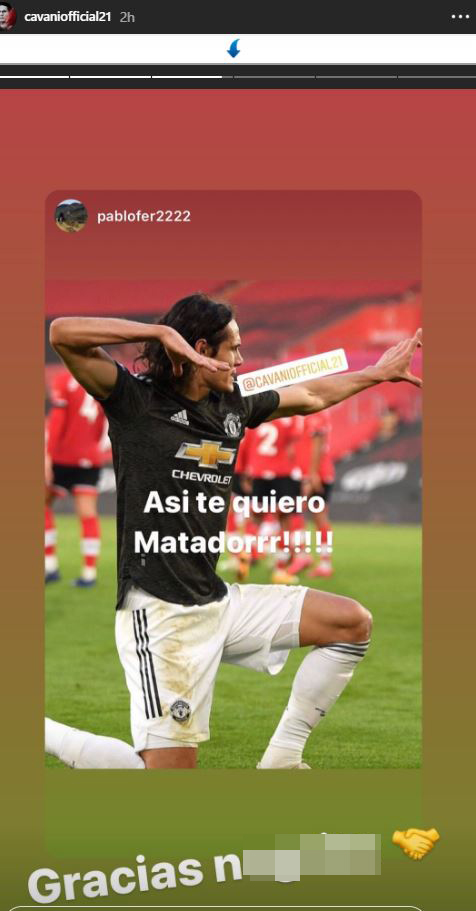 The FA launched an investigation into the use of the word – the same one which landed his international team-mate Luis Suarez an eight-match ban – with a three-match suspension on the cards for the Uruguayan.

Cavani deleted the post from his story and has now issued an apology – stating it was an 'affectionate greeting to a friend'.

The forward – who scored twice in a 3-2 comeback victory on the South Coast – said in a statement: "The message I posted after the game on Sunday was intended as an affectionate greeting to a friend, thanking him for his congratulations after the game.

"The last thing I wanted to do was cause offence to anyone.

"I am completely opposed to racism and deleted the message as soon as it was explained that it can be interpreted differently. I would like to sincerely apologise for this.”

Manchester United added: "It is clear to us that there was absolutely no malicious intent behind Edinson's message and he deleted it as soon as he was informed that it could be misconstrued.

"Edinson has issued an apology for any unintentional offence caused.

"Manchester United and all of our players are fully committed to the fight against racism."

Under the new guidelines, the FA must act where 'discriminatory' language has been used.

The FA rules, sent out to all clubs and players – via the PFA – state: “Where an offence is in writing only or via any communication device the absolute minimum match-based sanction in such cases will be three games.”

Wembley bosses began their probe last night when they were made aware of the comments and now have until Wednesday evening to decide whether to charge or contact Cavani to ask for his observations.

The FA would then have until next Monday to actually issue the charge, with a hearing then being scheduled before December 21, with a commission to determine any punishment needed.

It means, unless there was a charge and immediate guilty plea, that Cavani will be available for this weekend's game with West Ham and the Manchester derby against City on December 12.

He is also likely to be free to play United’s next two Premier League games, at Sheffield United in the first midweek fixture of the season and the clash with Leeds on December 20.

Any ban would then kick in for the Carabao Cup quarter-final at Everton on December 23, with Cavani getting Christmas off and missing the games against Leicester on Boxing Day and at home to Wolves three days later. 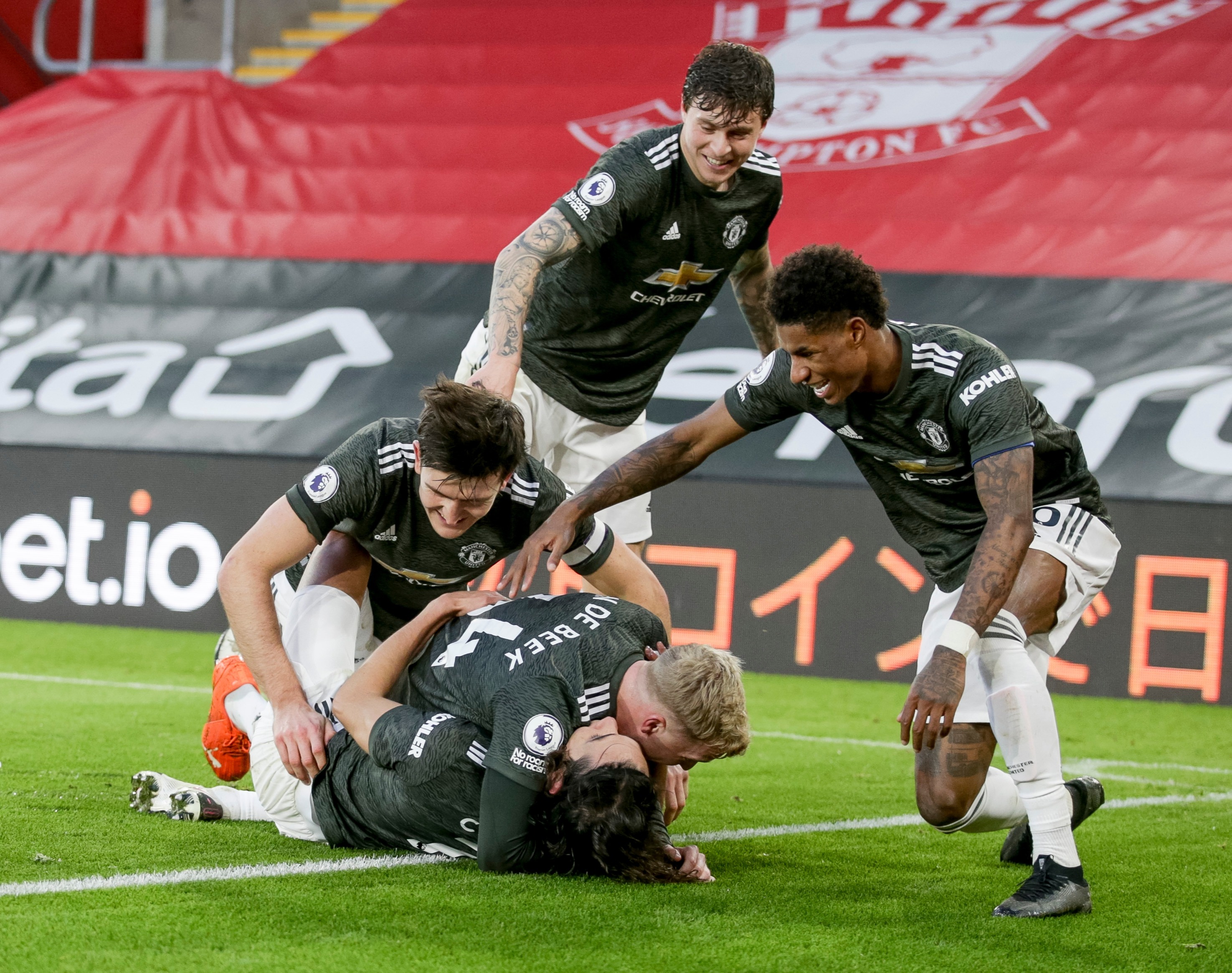