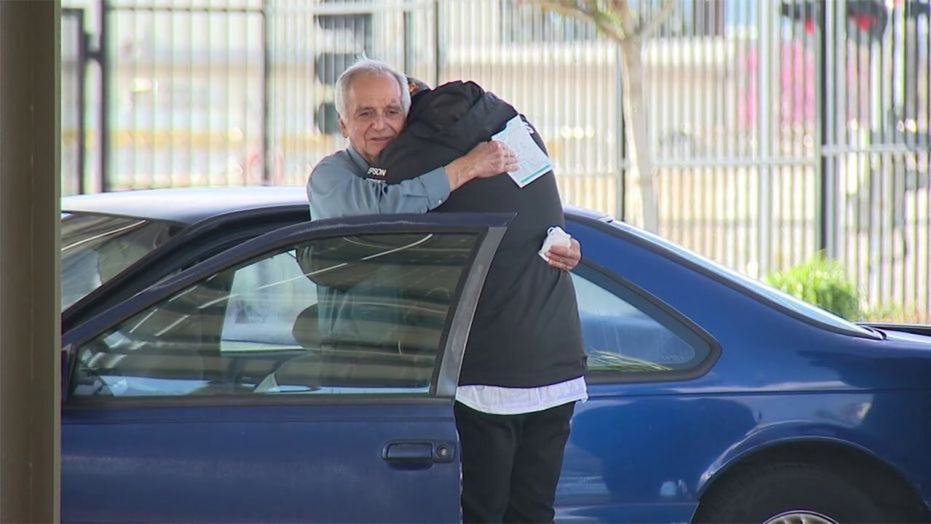 America Together: Uplifting images of Americans pulling together during coronavirus pandemic

Every day and in every community, the coronavirus pandemic is bringing out the best in Americans. Take a look at some inspiring images of Americans pulling together in a time of crisis.

Teachers can change their students’ lives forever for the better, but sometimes it works the other way around.

A young man in California raised nearly $30,000 for his former substitute teacher after learning the 77-year-old was living in his car, having fallen on hard times during the coronavirus pandemic.

Jose Villarruel said he was overwhelmed to receive the $27,480 windfall gathered through a fundraiser organized by Steven Nava, a former student of his at Fontana Unified School District, KNTV reports. 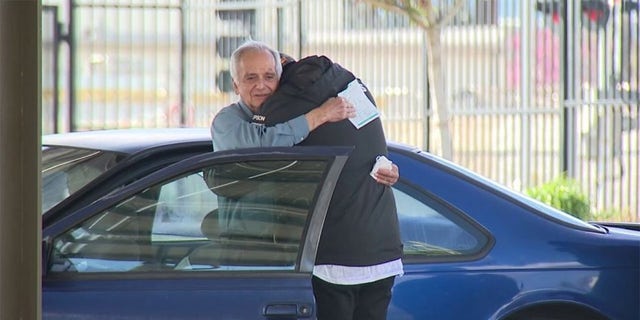 Jose Villarruel said he was overwhelmed to receive the $27,480 windfall gathered through a fundraiser organized by Steven Nava, a former student of his at Fontana Unified School District in California.
(KTTV)

Nava, 21, told Fox 11 he had noticed an older man sitting in a car in a parking lot near his house nearly every day in early March, and was shocked to realize it was his old math teacher.

Villarruel, who was affectionately known as “Mr. V” by his students, resigned from teaching last spring after the district shifted to virtual learning.

Anything helps guys, Im surprising him for his birthday on Thursday, god bless everyone (gofund me link in bio) ? #foryoupage #fyp #viral #help

“I decided the school situation has changed completely and I believed that a job of a substitute was over,” he told Fox 11. “In May, I submitted my resignation. I managed to do all of the paperwork, all of the arrangements to get my pension. I got my check, but that check didn’t last long because I had debts already.”

According to KNTV, the only income Villarruel was receiving was a monthly Social Security check, most of which he sends to his wife in Mexico, who is sick.

Determined to make a difference, Nava gave Villarruel $300 on the spot and helped him find a hotel to stay for the night. After that, the young man created a GoFundMe fundraiser, which was flooded with donations almost immediately.

“I had a mission to help the teacher who was going through a difficult time during the pandemic,” Nava told the outlet.

I can’t be anymore thankful for you guys helping me make this happen.. its starting to sink in a bit ? :,) ##fyp ##foryoupage ##thankyou ##fontana

He also explained the situation and how the money for Villarruel would make a difference, in a March 6 TikTok clip that has since been viewed 1.7 million times.

In an emotional moment shared to TikTok, Nava presented Villarruel with the lifechanging check. Later, the two shared a hug.

“My initial thought was, ‘Am I dreaming?’ I still can’t get over this experience,” Villarruel said of the surprise. And now, he plans to pay it forward.