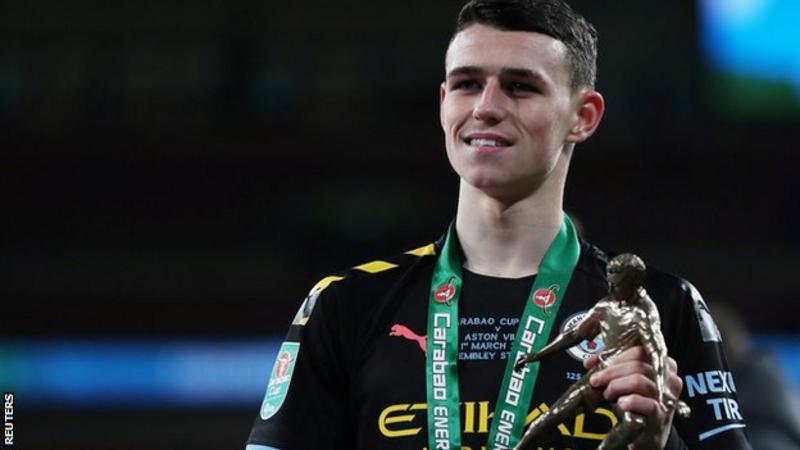 Manchester City will move into a new era when the great David Silva ends a glorious decade of success at the end of this season and at Wembley on Sunday Phil Foden offered a glimpse into what the changing of the guard will offer.

The noise of excitement around the 19-year-old has been a constant soundtrack to his progress ever since he was named player of the tournament when England won the Under-17 World Cup in 2017.

And even though Manchester City manager Pep Guardiola has used Foden relatively sparingly, every sighting suggests the Stockport-born prodigy has the gifts to fit comfortably into the Silva-shaped hole that will be left in May.

As Manchester City secured the EFL Cup for the third successive year with a victory over Aston Villa that was more comfortable than the 2-1 scoreline suggests, Foden’s man-of-the-match award was fully deserved.

He plays with a maturity and vision way beyond his years and while England manager Gareth Southgate chose to take in Everton’s meeting with Manchester United at Goodison Park, any report he receives on one of his young brigade from Wembley will be glowing.

When Manchester City started to fashion openings after a brief opening burst from Villa, Foden showed his game awareness when Sergio Aguero put them ahead after 20 minutes.

It would have been easy for his eyes to light up and take the chance himself when he received Rodri’s pass at the far post. Not a bit of it – he saw Aguero in a more advantageous place and cut the ball back for the master marksman to complete the formalities.

Foden was a thorn to Aston Villa left-back Matt Targett all day, coming close to scoring and even showing the audacity and confidence for a bit of ball juggling as he advanced down the right flank in the second half.

No wonder there is such confidence at Manchester City that they – and indeed England – have something very special on their hands for the future.

Foden’s stats backed up the evidence of our own eyes. He had a pass completion rate of 90.2%, had five shots and that crucial assist. 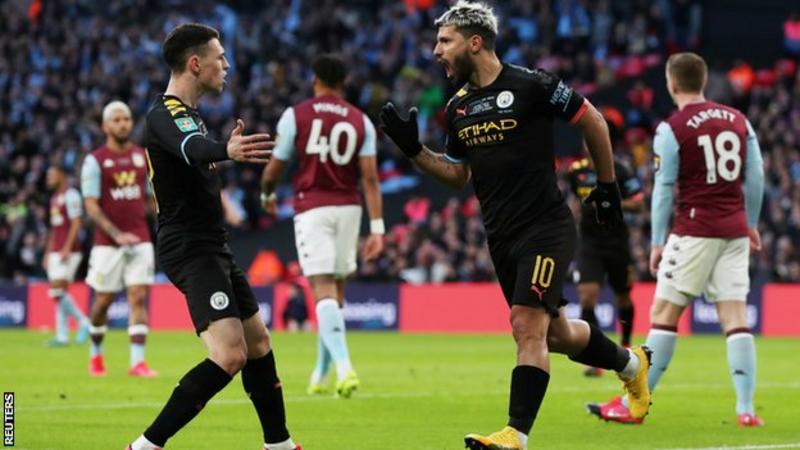 Guardiola has had the luxury of being able to handle Foden carefully, to guide his development among an elite group of players. The teenager’s time will come once Silva leaves the club where he has achieved the status of one of their greatest players since a £24m move from Valencia in July 2010.

Foden has figured in 25 games this season, including the Community Shield, starting 10 of them, and has three goals and seven assists. In total he has been involved in 61 games, starting 24, scoring 10 goals and assisting 10.

These particular graphs will surely take a sharp upward curve once Silva vacates the place he has made his own.

As for City, this triumph caps an outstanding week following on from a crucial win at Leicester City that cemented second place in the Premier League and the outstanding performance that brought the 2-1 win against Real Madrid at the Bernabeu in Wednesday’s Champions League last-16 first-leg tie.

City may be about to lose the Premier League crown that has been theirs for the past two seasons to Liverpool but they remain a top-class team and totally deserved this win in the competition that made up part of their historic domestic treble last season.

The club have delivered a robust response off the field as they appeal against a two-year ban from the Champions League and a 30m euros (£25m) fine for “serious breaches” of Uefa’s financial regulations.

As City strenuously deny those charges, it has been business as usual on the pitch, with more silverware heading to Etihad Stadium.

This should have been a win secured in relative comfort but a failure to put Villa away completely led to anxiety and they needed a superb late save from the often-criticised 36-year-old Chilean keeper Claudio Bravo to turn Bjorn Engels’ header on to the upright.

City still have that soft underbelly in defence, which Guardiola will presumably address in the summer.

John Stones continues to be accident prone. The fall that led to Anwar El Ghazi crossing for Mbwana Samatta’s goal – which gave Villa hope – was unlucky, but these things seem to happen to the 25-year-old defender a lot.

Fortunately for City, no harm was done and this was a cup won with midfielder Kevin de Bruyne, as good as anyone in his position in the world, on the bench for an hour, along with the players of the quality of Gabriel Jesus, Bernardo Silva and Riyad Mahrez, while the outstanding goalkeeper Ederson handed over his place to Bravo in the tradition of this tournament.

They are all established names we will see a lot more of in the immediate and long-term future – something that can also be said of the mercurial, talented youngster Foden.