The Lyrids meteor shower is set to make its return this week, putting an end to the calendar year’s longest run without a meteor shower. Experts have now revealed the very best time to look up into the night sky in the hope of catching a glimpse of the shower.

The Lyrids are usually active in mid-April each year, and they’re one of the most iconic annual meteor showers.

This year, the Lyrids will be visible across the globe between April 16 and 25.

They’re expected to peak on April 22, although it’s always worth looking out for them throughout the week.

If you’re lucky, you might be able to catch up to 15 meteors per hour. 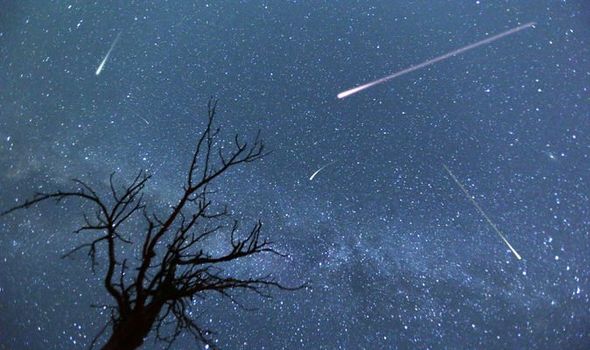 What time is the Lyrids meteor shower?

If you’re hoping to watch the meteor shower this week, you might have to endure a long evening without much sleep.

You’re most likely to see the Lyrids between midnight and dawn, between April 21 and 22 (Wednesday and Thursday).

For the very best chance of catching the shower, try looking up into the sky between moonset and dawn.

The moon will be setting around 4.48am on Friday morning, with the sun rising at 5.49am.

Astronogy website EarthSky said: “The annual Lyrid meteor shower always brings an end to the meteor drought, which happens each year between January and mid-April.

“In 2021, we expect the shower to peak in the predawn hours on Thursday, April 22. The following morning (April 23) might be good too, if you’re game.

“No matter where you are on Earth, the best time to watch is typically between midnight and dawn.

“This year, in 2021, the moon was new on April 12. That means that – during the week or so the Lyrids will be at their best – your best viewing will likely come between moonset and dawn.” 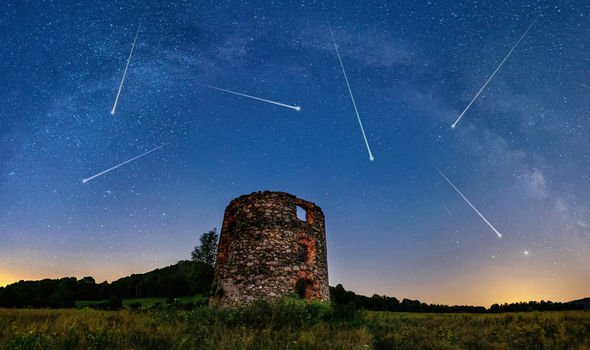 How to see the Lyrids meteor shower

There are some simple things you can do to raise your chances of seeing the meteor shower.

The best place to watch is from the countryside – essentially the middle of nowhere.

A brighter sky creates less of a backdrop for the meteor shower, which subsequently makes them harder to spot.

The Lyrids are linked to Comet Thatcher (C/1861 G1), said the astronomical website.

Every April, the Earth slowly crosses the orbital path of the comet.

While Comet Thatcher only enters the solar system every 400 years or so, it leaves behind bits and pieces in the comet’s path.

As the Earth passes through the Comet path, the debris bombards the planet’s upper atmosphere, creating the meteor shower we’ve all come to know and love.