Luke Benward’s heart-pounding performance in the new thriller ‘Wildcat’ left him close to exhaustion. Fortunately, his girlfriend Ariel Winter is ‘the most supportive.’

Luke Benward plays a captured soldier who puts it all on the line in the name of honor, in Wildcat, a new thriller from Saban Pictures that co-stars Georgina Campbell. In the gripping feature Luke’s character endures torture at the hands of a terrorist group in the Middle East, a role that he “immersed” himself in.

“I did so much prep work to kind of reach a place where I was, you know, really operating from the gut,” he told HollywoodLife EXCLUSIVELY. “I don’t want to say out of body, but it definitlely felt like there was a different energy walking on the set every day that I couldn’t really put my finger on. I just kind of went along for the ride the whole-time.” 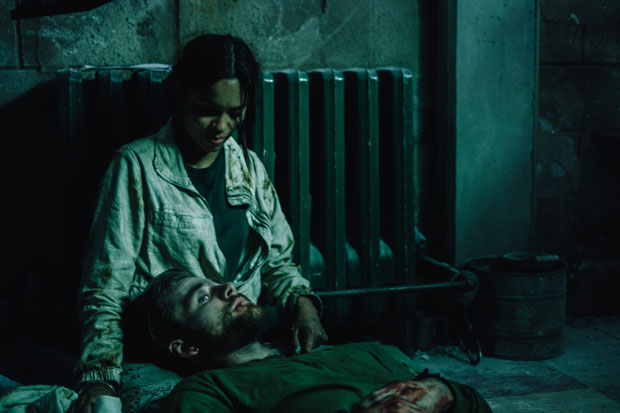 The movie’s intense subject matter required the 25-year-old actor to really “lean into” the role, and by the time he shot his final seen he was emotionally spent. “It was weird, it was the first time in my career where I really wasn’t in control of my emotions anymore,” he revealed.

“After my last scene was over, I was bawling, I was crying off and on for the rest of the day,” he continued. “I don’t know if it was exhaustion, or if I was just so connected to that final beat. It was probably both the exhaustion, and just the emotionally raw devastating scenes.”

Fortunately Luke had girlfriend Ariel Winter  to lean on after the long shoot days. Calling her “the most supportive,” Luke gushed about having the Modern Family alum in his life and emphasized what a good team they are. “We compliment each other very well,” he shared.

Although Ariel wasn’t a part of Wildcat, the happy couple is working together on an upcoming feature. Luke and Ariel, who were longtime friends, before they started dating in Dec. 2019, just produced and co-starred in Don’t Log Off, a comedy thriller.

“I’m am more of the relaxed, artistic, ‘it’ll be fine’ brain, and she’s really great with logistics and keeping things on track. So we’re having a blast  producing together, it’s awesome. I love her. We work well together.”

Wildcat will be in theaters on April 23rd and it will be available on-damand April 27.